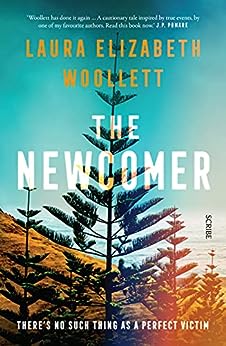 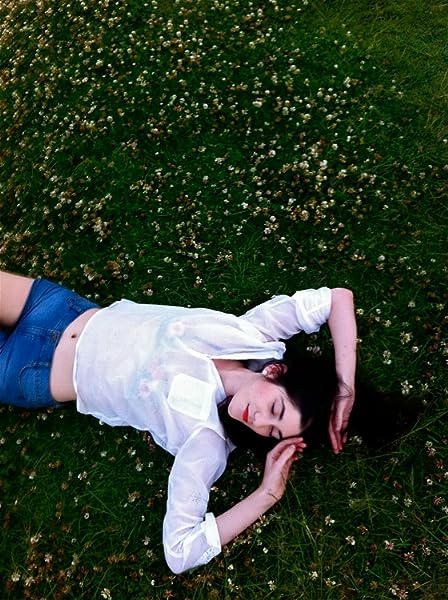 There's no such thing as a perfect victim. --This text refers to the paperback edition.

3.6 out of 5 stars
3.6 out of 5
25 global ratings
How are ratings calculated?
To calculate the overall star rating and percentage breakdown by star, we don’t use a simple average. Instead, our system considers things like how recent a review is and if the reviewer bought the item on Amazon. It also analyses reviews to verify trustworthiness.

Jennifer
TOP 10 REVIEWER
4.0 out of 5 stars ‘Just like grief, waiting had stages.’
Reviewed in Australia on 14 August 2021
On the Pacific Island of Fairfolk, Judy Novak waits for her daughter Paulina. They were to have lunch together. But twenty-nine-year-old Paulina never turns up. Judy is worried. Paulina, troubled and moody, has threatened to take her own life before. Where is she?

Paulina’s body is discovered. She was murdered. Why, and by whom?

As the investigation unfolds and the story moves between past and present, we learn more about Paulina and her move to Fairfolk Island. Paulina was looking for a fresh start but was unable to move out of her pattern of volatile relationships, fuelled by excessive alcohol and an eating disorder. When drunk, Paulina did not care who she offended, sober she could not always make amends. And, as she lurched from one crisis to the next, she managed to offend plenty of Fairfolk Islanders.

Dead or alive, Paulina is the centre of this novel. She is disruptive, self-destructive, utterly self-absorbed. But she should never have been murdered. Judy has some issues of her own to deal with, but she is determined to find out who killed Paulina and to ensure that she is not forgotten.

This novel made me uneasy as it captured and held my attention. While Paulina’s premature death (given her self-destructive behaviour) seemed almost inevitable, her murder was shocking. But it leads me into that uncomfortable space where sometimes the behaviour of the victim is scrutinised more closely than that of the murderer. And what about those left behind?

While I wanted to know who murdered Paulina, it was her life rather than her death that has stayed with me. And Judy’s struggle to understand and to try to find her own place in a world without Paulina. This is an uncomfortable novel to read. There are few likeable characters and no neat endings.

Note: My thanks to NetGalley and Scribe UK for providing me with a free electronic copy of this book for review purposes.

Sarah Ross
4.0 out of 5 stars Compelling read
Reviewed in Australia on 29 August 2021
The Newcomer by Laura Elizabeth Woollett is a compelling and enthralling examination of Paulina Novak’s life and her mother Judy’s reaction to her death. Paulina is unlikeable and irritating but somehow the story is unputdownable. Paulina is a very flawed character yet Woollett makes you care for her.

Paulina is a dysfunctional, troubled, addicted, amoral 28 year old when she decides to make a new life on Fairfolk Island (a thinly disguised Norfolk Island in Australia). She hopes to find the paradise which will make all her woes disappear in this dreamy and scenic setting.

Her mother Judy visits her for Easter and Paulina never turns up and is found dead. Judy really needs to find out what happened to Paulina and the story follows this and Judy’s grief interspersed with Paulina’s story before she died.

The issue of being a newcomer in a closed society is explored, and the problems of connecting appropriately in such a society. How women are expected to behave, and the consequences of perceived transgressions are examined. Mother/daughter relationships are put under the spotlight, and Judy’s grief, guilt and trauma at the death is teased out.

While this is more a literary mystery to unravel than a crime story, it’s a gripping tale. Inspired by a real-life murder and despite an inherently unlovable character in Paulina, I could not stop reading.

Shelleyrae
4.0 out of 5 stars Provocative
Reviewed in Australia on 21 July 2021
Moving between Paulina’s past and Judy’s present, the narrative is as much a character study as it is a novel about a crime. Woollett explores interesting questions about mental health, trauma, misogyny, belonging, and victimhood. Challenging, bold, and poignant, The Newcomer is not an easy read, but it is definitely thought-provoking.
Read more
Helpful
Report abuse
See all reviews
Back to top
Get to Know Us
Make Money with Us
Let Us Help You
And don't forget:
© 1996-2021, Amazon.com, Inc. or its affiliates