New Europe and over 1.5 million other books are available for Amazon Kindle . Learn more
Share <Embed> 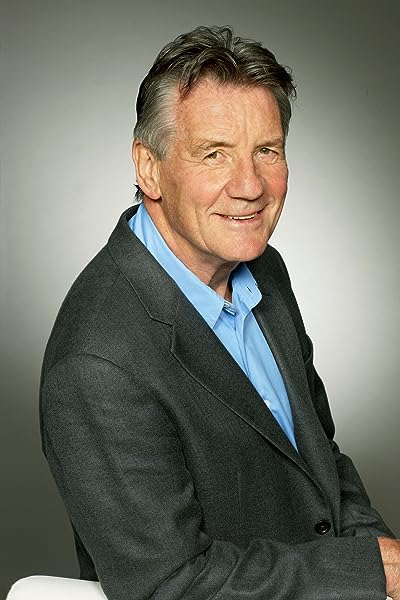 Page 1 of 1 Start overPage 1 of 1
Previous page
Next page
Start reading New Europe on your Kindle in under a minute.

No. 1 bestseller and superstar doing what he does best, introducing millions of avid readers to little-known peoples and places.

Michael Palin is one of the most popular comic figures of our time. His exploits with the Monty Python team and in subsequent films such as A Fish Called Wanda are now the stuff of legend. It is as the adventurous traveller of his major television series however that he has acquired a vast and loyal following.

Michael Palin established his reputation with MONTY PYTHON'S FLYING CIRCUS and RIPPING YARNS. His work also includes several films with Monty Python, as well as THE MISSIONARY, A PRIVATE FUNCTION, an award-winning performance as the hapless Ken in A FISH CALLED WANDA and, more recently, AMERICAN FRIENDS and FIERCE CREATURES. His television credits include two films for the BBC's GREAT RAILWAY JOURNEYS, the plays EAST OF IPSWICH and NUMBER 27, and Alan Bleasdale's GBH. He has written books to accompany his six very successful travel series, AROUND THE WORLD IN 80 DAYS, POLE TO POLE, FULL CIRCLE, HEMINGWAY ADVENTURE, SAHARA and HIMALAYA. He is also the author of a number of children's stories, the play THE WEEKEND and the novel HEMINGWAY'S CHAIR.Visit the website for more information www.palinstravels.co.uk
Read more

4.5 out of 5 stars
4.5 out of 5
73 global ratings
How are ratings calculated?
To calculate the overall star rating and percentage breakdown by star, we don’t use a simple average. Instead, our system considers things like how recent a review is and if the reviewer bought the item on Amazon. It also analyses reviews to verify trustworthiness.

Amazon Customer
5.0 out of 5 stars Excellent as usual
Reviewed in the United Kingdom on 18 December 2018
Verified Purchase
Michael Palin is My favorite travel writer because he is able to provide an inside View of the country he visited. I always think about him seen in bbc Series going around always curious of the world and People. Perhaps he can improve the way to describe the places in Order to avoid for The Reader the obligation to see the bbc Series.
Read more
Report abuse

malc400
5.0 out of 5 stars Europe comes out of the shadow of communism
Reviewed in the United Kingdom on 26 April 2019
Verified Purchase
A look at a more hopefull time, not that long ago
Read more
One person found this helpful
Report abuse

Fav
4.0 out of 5 stars As expected
Reviewed in the United Kingdom on 17 May 2019
Verified Purchase
As expected
Read more
Report abuse

sophiκο
5.0 out of 5 stars Five Stars
Reviewed in the United Kingdom on 13 June 2018
Verified Purchase
Expensive but worth it...
Read more
Report abuse
See all reviews
Get FREE delivery with Amazon Prime
Prime members enjoy FREE Delivery and exclusive access to movies, TV shows, music, Kindle e-books, Twitch Prime, and more.
> Get Started
Back to top
Get to Know Us
Make Money with Us
Let Us Help You
And don't forget:
© 1996-2020, Amazon.com, Inc. or its affiliates