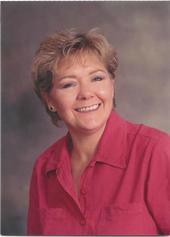 by Charlotte Hughes (Author)
4.4 out of 5 stars 49 ratings
See all formats and editions
Sorry, there was a problem loading this page. Try again.
Read more Read less
Previous page
Next page

Charlotte Hughes is a NY Times best selling author of over 40 novels. Currently she is launching NUTCASE, starring Dr. Kate Holly, a psychologist trying to stay sane amidst madcap, and mayhem. Charlotte Hughes is doing both a virtual blog tour and a real world book tour as well.
Tell the Publisher!
I’d like to read this book on Kindle

Grandmaof4
4.0 out of 5 stars Well-rounded characters, interesting plot, fun writing...
Reviewed in the United States on 6 January 2020
Verified Purchase
I enjoyed this book. The story was cute in spite of the sad circumstances. Marilee’s husband, a pastor, dumps her for the town floozy. Her son chooses to go with her husband & she despairs, attempting suicide. Marilee has to rebuild her life & the story weaves in & out of her efforts, from making her parent’s home her own to getting a job to support herself. Along the way she takes in a pregnant high school girl with a some strong opinions. I couldn’t help but like her & how she influenced the women in the story. There are several instances in Marilee’s circumstances that are written in amusing ways. She’s the main character but she’s not perfect & struggles like the rest of us. I liked all of the characters & the love interest. Even though Marilee’s husband is the bad guy for creating this situation, he isn’t painted as a monster, just a guy who has flaws. I think most of the story came together very realistically except for one part. This woman was a devout worshipper. After her pastor husband is fired & moves in with his girlfriend, she isn’t attending church. That’s when a hurt person needs God the most. Even if she was too embarrassed to attend her old church, she would’ve sought out another one. I wish the author wouldn’t have skipped over this part of Marilee’s personality. It makes her seem shallow. When she sleeps with her new boyfriend, even though they love each other, that seems contrary to her morals & personality. I don’t think that fits her character at all. As someone with morals, she wouldn’t risk her reputation or the ability to get her son. A lot of people think that falling in bed with someone is totally acceptable behavior but I personally know men and women who would never compromise their beliefs by having sex outside of marriage. I thought Marilee was that kind of person & wish she would’ve been presented as continuing to have high morals. I’m not a prude, but it was unnecessary to advance the story with detailed sexuality. Other than that, the book was very good with clever writing & well-rounded characters.
Read more
Report abuse

Amazon Customer
5.0 out of 5 stars Loved this book
Reviewed in the United States on 8 April 2018
Verified Purchase
Absolutely enjoyed this story. You can relate to all of the interesting characters and their involvement in the story . A group of friends. An unwed mother, Merilee, her estranged husband who ran off with their son and the town tramp. Then there is hunky neighbor Sam who lives next door with his fiesty. Older Mother. A great ending.
Read more
One person found this helpful
Report abuse

nancy
4.0 out of 5 stars A New Love
Reviewed in the United States on 2 August 2018
Verified Purchase
Marilee and Sam makes a great couple. The book didn't overdo the "I can't love you" bit. Both know their heart and went with the flow. Sam is a good male figure. He was tough without being over domineering. Marilee prove she is made of tougher stuff than she thought. I also liked the other characters, they were fun.
Read more
Report abuse

Amy Leemon
4.0 out of 5 stars Only a very good writer....
Reviewed in the United States on 15 November 2001
Verified Purchase
can make it seem comical when a woman tries to hang herself, botches it, is discovered by her(gorgeous) neighbor and then trying to recover her dignity is walking around saying "My, I must look a mess. You'll have to excuse my appearance" as she still has the noose around her neck and is dragging a piece of the ceiling beam after her. Just try to picture that.
So Marilee pulls herself together. She gets several interesting (to say the least) jobs and tries to put her life back in order.
But more than that, this is a book about friendships. There are so many wonderful secondary characters but the one who really made me glad I continued reading is Winnie. I just kept reading to see what gems she would come up with next.
So if you want a good read, don't let anything put you off this book. It delivers in fine style.
Read more
13 people found this helpful
Report abuse

Rose Dolce-Skarphol
5.0 out of 5 stars Wonderful
Reviewed in the United States on 14 January 2018
Verified Purchase
I loved this book. I truly embrace these small town romances, even if they can be sappy at times. The characters were so entertaining and delightful, would love a sequel to this book.
Read more
One person found this helpful
Report abuse
See all reviews
Back to top
Get to Know Us
Make Money with Us
Let Us Help You
And don't forget:
© 1996-2021, Amazon.com, Inc. or its affiliates