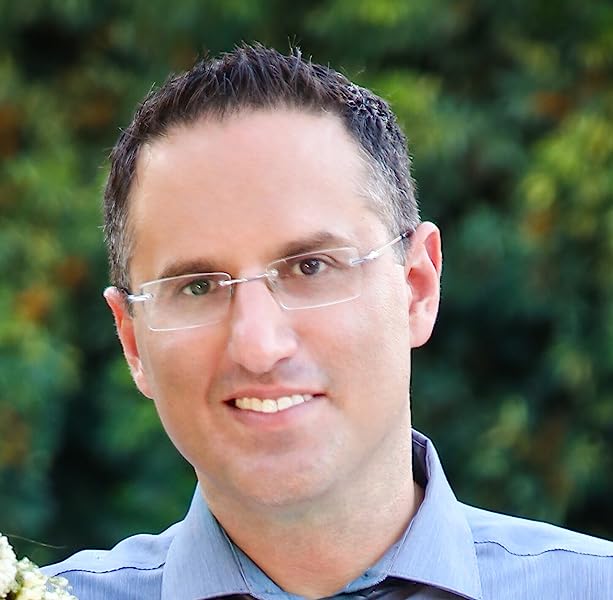 by Dan Friedman (Author)
3.7 out of 5 stars 119 ratings
See all formats and editions
Sorry, there was a problem loading this page. Try again.

An email received by accident. An FBI agent on the verge of a meltdown. The two neighbors cooperate to save their careers and their lives.

Emily Turing receives a threatening email by mistake. She tries to learn who wants to get rid of her and why. She co-founded a successful startup in a male-dominated world, and she’s torn between her loyalty to Jessica, her boss and co-founder, and Mike, her co-worker and new love.

FBI Agent Bob Alexis’s life crashes when he discovers Lisa, his wife, wants to leave him. He’s married to his job. When he discovers she had an affair—it becomes unbearable, and he almost loses his mind.

When Emily, Bob’s neighbor, turns to him for help—it might be too late for both of them.

Never Reply All is the fast-paced prequel novella to the award-winning thriller Don't Dare to Dream. Here you can learn more about Special Agent Bob Alexis’s life and investigations.

Page 1 of 1 Start overPage 1 of 1
Previous page
Next page
Start reading Never Reply All on your Kindle in under a minute.

Dan is also an editor and an entrepreneur. He has an MBA, and in the past, he was a technology journalist and a programmer. Dan lives with his wife, two children, and their dog. He lived for two years in Tulsa, Oklahoma—where Don't Dare to Dream was born.

3.7 out of 5 stars
3.7 out of 5
119 global ratings
How are ratings calculated?
To calculate the overall star rating and percentage breakdown by star, we don’t use a simple average. Instead, our system considers things like how recent a review is and if the reviewer bought the item on Amazon. It also analyses reviews to verify trustworthiness.

Joyce Rigg
2.0 out of 5 stars Odd
Reviewed in the United Kingdom on 16 February 2021
Verified Purchase
The plot of this seemed very disjointed. I felt as if the author wasn't sure where to go next. It didn't seem real as it jumped about so much. It has two stars because I liked the idea, I just wish it had been written by a better author.
Read more
Report abuse

Amazon Customer
1.0 out of 5 stars Amazon Censor reviews
Reviewed in the United Kingdom on 12 October 2021
Verified Purchase
I will no longer write reviews for Books, that i buy and read, as Amazon remove any reviews that do not agree with their narrative. So they (Amazon - Tax Dodgers - have withheld free speech.
Read more
Report abuse

Love to Read
1.0 out of 5 stars Not a good book! Had to give a star to write a review but it really doesn't deserve one.
Reviewed in Canada on 23 February 2021
Verified Purchase
I have to say that this is a badly written book. I don't like leaving this type of review but if you don't see this one for free then don't spend your money. It's written like "Dick & Jane". If you remember that from your early childhood then you'll understand what I mean. I did read all 132 pages thinking it had to improve but unfortunately that wasn't the case. I really do wish the author well and sincerely hope that his writing style is better in his other books.
Read more
Report abuse

Robert
5.0 out of 5 stars Addictive and thrilling... indeed!
Reviewed in the United States on 28 September 2021
Verified Purchase
I found the concept of a threatening email received by mistake a great idea. And the book is really excellent, full of suspense and mysteries. It's probably one of the fastest books I've read in my life. I couldn't stop so much the author has an immense talent to keep you hooked.
The author has written another book "Don't Dare to Dream" which seems to be even better! Honestly, I wonder how it's possible to do better than "Never Reply All", but I'm going to find that out very soon!
Read more
One person found this helpful
Report abuse

Bichon Mom
3.0 out of 5 stars Just the facts
Reviewed in the United States on 31 March 2020
Verified Purchase
This novella reminds me of a tv script designed to present and solve a case in record time. It is easy to read and just as easy to forget.

The characterizations are superficial so it is hard for a reader to care about the outcome. The action moves the plot along at a rapid pace and, if one is strictly interested in plot development and resolution, it may be a good choice.
Read more
3 people found this helpful
Report abuse
See all reviews
Back to top
Get to Know Us
Make Money with Us
Let Us Help You
And don't forget:
© 1996-2021, Amazon.com, Inc. or its affiliates