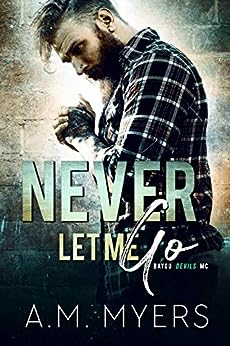 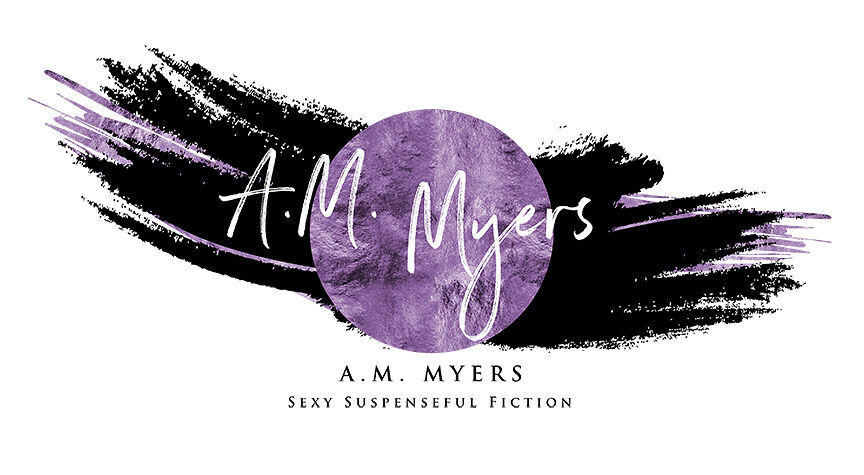 Kindle Customer
5.0 out of 5 stars Inga Holden
Reviewed in Australia on 16 May 2021
Verified Purchase
Once again another great book in this series but I really wish we had seen julliette put some of her money to the the club so they could build safe houses for the girls they safe to live in I'm hoping that maybe we hear more in the future books as I feel it's important with the amount of money she has and what the club does besides that I absolutely loved the book and can't wait to read the next one
Read more
Helpful
Report abuse

Jennadb
TOP 500 REVIEWER
5.0 out of 5 stars Another great addition
Reviewed in Australia on 7 July 2019
Never Let Me Go (Bayou Devils MC Book 6) by A.M. Myers​ is another great book in the Bayou Devils MC series. I have grown to love these men and their crazy women and I was so excited to read this book. I enjoy A.M.’s writing and it is so easy to get lost in her words. She paints a picture that enables you to see and feel all that there is in their world. I love the comradery that these men and women have formed. They are proof that family does not have to be by blood. I can not wait for more!

Juliette finally awakes and has no idea who anyone is or what her life is or what year it is. What she does know is that this stranger makes her heart race and feel.

Sawyer has given up on relationships, that is until one tiny things comes into his life but can he keep her safe even from herself?

I suggest you read the other series in order so you get the backstory of the characters and how they all fit together. You will thank me later.

Nean
TOP 500 REVIEWER
5.0 out of 5 stars Loved it
Reviewed in Australia on 9 October 2019
Learning that she’s lost five years of memories, she stares at Gavin, who claims he’s her fiancé, but she can’t find any memory of him. She can’t remember moving to Miami to be closer to her father and having a fiancé, or Nico her personal assistant, only to be told her father died in the car accident that caused her to have retrograde amnesia.
Deciding she needs answers she rings Mercedes, who is ready to come to help her, but she knows she doesn’t want to be in Miami, when Mercedes ask if she’s going to run away, that’s exactly what she’s going to do, but Mercedes asks her to wait before she does anything she has an idea.
Sawyer is a member of the Bayou Devils and in Miami to help a woman relocate from a stalking situation when he gets asked to help a friend of the Devils and gives a friend a lift back to Baton Rouge.
With everything she’s been through, Juliette never expected to feel the chemistry she did with Sawyer, he makes her feel safe, even though she hardly knows him. They both feel like they have known each other longer than only the twenty-four hour since they met and they both know they want to explore whatever these intense feelings are between them.
Juliette has never been happier but Gavin isn’t giving up and she can’t help wonder if all the ‘accidents’ have to do with him, when Juliette finally tells Sawyer about her past all he can think about his how she lied to him and she’s like everyone else, but he knows what he felt was different. What happens when Sawyer finds out that Juliette truly loves him and the danger, she’s in in more real than they both realised.
Read more
Helpful
Report abuse

Chook74
TOP 500 REVIEWER
4.0 out of 5 stars Superb reading
Reviewed in Australia on 28 June 2019
Never Let Me Go is book six in the Bayou Devils MC series by A. M. Myers. This story was a blissful, tear inducing, heart swelling marvel. Juliette and Sawyer pet us into their world and tell their love story with intensity, drama, and a love that will blind you in its beauty. Juliette suffers after an accident takes her memories, and the feelings of helplessness and despair robbed me of breath. Their story was rough at times, hard to read, but the ultimate in romance and happy ever after. I did not want the story to end. 4 stars.
Read more
Helpful
Report abuse

Kindle Customer
3.0 out of 5 stars To rushed unfortunately
Reviewed in Australia on 2 June 2019
Loved the storey to this book but was way to rushed so much more could have been added to make this book better, but over all was good to ready.
Read more
Helpful
Report abuse
See all reviews

The story Never Let Me Go (Bayou Devils MC Book 6) by A.M. Myers is a romantic suspense book. It is a story that I found to be awesome and amazing. I loved the storyline and reading about the characters of Juliette Shaw and Sawyer Michelson. Juliette is an intelligent, independent, and beautiful woman. She is overwhelmed by the fact that she can’t remember either the car accident that took her father’s life or the last five years. She decides that only action she can take is to run. Then she meets Sawyer. Sawyer is a man that is protective. He works hard as a brother in the Bayou Devils. Then he meets Juliette. There is a deep attraction and connection between Sawyer and Juliette. Danger seems to find Juliette. Are the incidents that happen just coincidence or is she in more trouble than she realized? What does the future hold for Juliette and Sawyer? Read this book to find out. This story at times had me turning pages wondering what was going to happen next. There are also romantic moments and scenes. I grew to care about Sawyer and Juliette with each chapter that I read and wanted them to find happiness. I enjoyed the bantering that goes back and forth between them. There are additional characters that are introduced and some of them are helpful to Juliette and Sawyer. Then there are those with their own agenda. Don’t miss out reading a book that hooks you in from the very beginning and doesn’t let you go until the final page. Highly recommended.
Read more
5 people found this helpful
Report abuse

wendy s hodges
5.0 out of 5 stars Suspenseful and romantic
Reviewed in the United States on 9 June 2019
Verified Purchase
Intense with plenty of suspense but also some lovely romance which can be quite scarce in MC stories, these added a really nice touch into an already great book. Having followed the series I know these guys can be tough and do what's needed if the time dictates, it makes a nice change to see the softer side and Sawyer is certainly man enough to do that when it comes to his "Angel". The plot is interesting, with unexpected excitement along the way that had me on the edge of my seat and glued to the pages, its a fast flow with some great banter with the rest of the MC members. Thanks to the epilogue which was really sweet and loving it helped complete this addition to the series and make it just a bit more special. Oh in case you wondered, I loved it.
Read more
3 people found this helpful
Report abuse

A.Allen
3.0 out of 5 stars Not as Strong as the Other Titles
Reviewed in the United States on 23 August 2019
Verified Purchase
This one is hard for me because I really wanted to like it, but I think the book is too short and moves too fast. There was an instant love connection that I found odd.

Compared to the other books, I don’t think the author took enough time to build up the characters. It was a bummer because I was really looking forward to Moose’s story the most. 230ish pages wasn’t enough to fully tell this story.

Skater
3.0 out of 5 stars Potential Lost
Reviewed in the United States on 21 February 2020
Verified Purchase
I wasn't feeling well and with thoughts of the flu running around in my brain I thought I'd grab something fun and light to read. From start to finsh this was a one day on the couch with a pot of tea book. I liked the characters. The heroine is strong, independent and successful, but physically and mentally hurting. The hero strong. The story had a lot of potential but moved to quickly, leaving some story threads left unfinished. I'd have liked to have met "Mooses" parents, especially his mother. This is not my typical read and found it a little too formulaic. Also, for a 'biker club', they all seem to spend an awful lot of time driving around in 'cages'......
Read more
One person found this helpful
Report abuse

Perri
4.0 out of 5 stars Nice story, well written. Worth the read.
Reviewed in the United States on 31 August 2019
Verified Purchase
Nice story. I liked this story. It was well written and I liked rhe amnesia aspect that it was a nice twist. The bad guys were pretty predictable but atill a good story.
Read more
2 people found this helpful
Report abuse
See all reviews
Back to top
Get to Know Us
Make Money with Us
Let Us Help You
And don't forget:
© 1996-2021, Amazon.com, Inc. or its affiliates