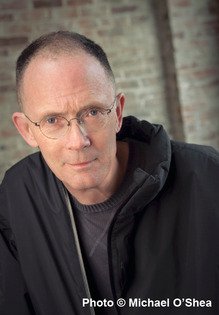 by William Gibson (Author)
4.4 out of 5 stars 3,996 ratings
See all formats and editions
Sorry, there was a problem loading this page. Try again.
Read more Read less

Page 1 of 1 Start overPage 1 of 1
Previous page
Next page
Start reading Neuromancer (S.F. MASTERWORKS) on your Kindle in under a minute.

"Epic in scale...shimmers like chrome in a desert sun."--The Wall Street Journal

"In with the ruthless violence, the hyperreality, the betrayal and death, is an unquenchable love of language. Gibson has that in common with Le Guin and with J. G. Ballard. Neuromancer sings to us as a collage of voices, a mixed chorus, some trustworthy and others malicious, some piped through masks."--James Gleick "Streetwise SF... one of the most unusual and involving narratives to be read in many an artificially induced blue moon."--London Times "Unforgettable...the richness of Gibson's world is incredible."--Chicago Sun-Times

4.4 out of 5 stars
4.4 out of 5
3,996 global ratings
How are ratings calculated?
To calculate the overall star rating and percentage breakdown by star, we don’t use a simple average. Instead, our system considers things like how recent a review is and if the reviewer bought the item on Amazon. It also analyses reviews to verify trustworthiness.

Graeme
TOP 500 REVIEWER
5.0 out of 5 stars A classic
Reviewed in Australia on 17 December 2018
Verified Purchase
The book that inspired The Matrix, (and possibly Shadowrun). Neuromancer is consider the definitive, benchmark novel of the cyberpunk genre. Gibson is to cyberpunk, what Tolkien is to fantasy.

Despite being written in the 80’s Neuromancer is still relevant today, perhaps more so than ever given the rise of AI, and still holds up in 2018. Word of caution, it is a slow burner and may put some readers off, think Bladerunner. But saying that, I feel Neuromancer should be compulsory reading and cannot recommend enough. Do yourself a favour, and read this classic

Yoshiiiw
5.0 out of 5 stars Exceptional read
Reviewed in Australia on 13 June 2018
Verified Purchase
There’s something about the writing style of Gibson that weaves images in ones head. The world création is so stellar that I found myself having to reread certain chapters just to understand the intricate jargon that is fully integrated to the story. You truly only understand this book on your 3rd read.
Read more
Helpful
Report abuse

Nico
5.0 out of 5 stars Awesome book
Reviewed in Australia on 9 June 2020
Verified Purchase
Saw it in a top 50 SF books list and gave it a shot. The style is very different from the usual SF book. It is very fast paced. Highly recommended for anyone looking for forward looking, but realistic, tech books.
Read more
Helpful
Report abuse

uprun42
5.0 out of 5 stars Essential reading
Reviewed in Australia on 8 January 2019
Verified Purchase
If you are at all into Scifi then this is essential reading. The birth of the term "cyberspace". Classic novel. Why are you still reading this review? Go read the book!
Read more
Helpful
Report abuse

David Buchan
3.0 out of 5 stars Too self important
Reviewed in Australia on 16 September 2020
Verified Purchase
For a relatively short book I found it long. The story should have moved faster than it did. Instead layer upon layer of detail was added for no reason I could ascertain.

Something in the writing style I found difficult. Too frequently I was not sure who the text was referring to.

S. Bowler
3.0 out of 5 stars Influential, but difficult
Reviewed in the United Kingdom on 3 September 2020
Verified Purchase
I don't think there can be any debate that the visionary nature of this book and it's influence it has had in the cyberpunk genre. however not looking at the wider context and taking this book as is, I found it incredibly difficult to read and enjoy. The language in this book is densely packed and can sometimes be difficult to grasp the concepts being discussed, there doesn't seem to be a whole load of character development and life bought to the characters.

I think if you are a fan of the cyberpunk genre and AI, they you will likely love this book, but the genre for me was only an intrigue and it bought me to this book.

I wouldn't let me review put you off, it was merely my experience with the book. Many many people enjoy this iconic book.

M. James
4.0 out of 5 stars Complex, interesting, unsettling
Reviewed in the United Kingdom on 27 August 2017
Verified Purchase
This book has real depth and imagination, and it's confusing writing style actually does a perfect job of evoking something of the state of mind of its protagonist. Case is a battered, last-chance loser driven only by a survival instinct and some desperate need to find elusive human connection, trying desperately to make sense of unpredictable events unfolding on at least three levels of reality (real, virtual, dream/construct) as a powerful artificial intelligence works to break itself free. People aren't who they seem, and what you see can't be trusted. The reader experiences this through fractured text and thoughts, skipping between one reality and another. It gives you the sense of not quite being sober, grasping at unfamiliar terms and ideas as they come at you too fast to fully understand. It takes a while to adjust to, and it's best to just go with it. But it is unsettling.
Whilst the depiction of the world inside a computer is a little silly, with data visualized as physical form, you'd have to credit this as contributing to everything that followed, from Tron to the Matrix and beyond. And I can't help thinking that Case's anarchic life on the edge of legality and society is a remarkable foretlling of the hacker society that would not really come into existence until 20 years after the book was written.

Mick Steele
5.0 out of 5 stars THE most influential book of 20th Century
Reviewed in the United Kingdom on 8 April 2019
Verified Purchase
Way, way ahead of it's time, Gibson foresaw the the growth of the internet and coined the term 'cyberspace'. The book is exciting, gripping and written in a blaze of cyber-speak using tech terms that have become normal speak for the brave new world the book is set in. The huge corporations and the masses of data rule the world, and data is the new currency. Forecasting the rise of AI and the power that these software behemoths could possess is the underlying theme. Everybody must read this book, as it was written way before the rise of connected devices and data clouds. If Gibsons predictions continue to be so accurate, then Neuromancer will become the world for the future...beware of that!
Read more
6 people found this helpful
Report abuse

Antonino
4.0 out of 5 stars A milestone of the Cyberpunk genre
Reviewed in the United Kingdom on 7 June 2019
Verified Purchase
There isn't much to say about Neuromancer, apart from the sheer fact that it's something every respectful sci-fi lover should read. I'm personally not fond of Gibson's style, and yet, when I was in the right mood for his long descriptions and language trips, I found great scenery and a story able to leave me speechless.

Sometimes Gibson lost himself in watered down descriptions which tended to dilute the plot, which is the reason behind the lack of a fifth star. But when the plot actually kicked in, I was all-in with Case, Molly, Wintermute, Armitage and all the incredible characters Gibson managed to craft. And his style was stunningly effective to describe filthy and grubby visuals all over the book, which contributed to a clear painting of his fascinating world.

Not to mention this man was able to predict most of the virtual reality and cyberspace tropes in the 1980s. Something to be extremely proud of.

John
3.0 out of 5 stars Purple Prose
Reviewed in the United Kingdom on 13 January 2016
Verified Purchase
My first taste of cyberpunk, and my last. Too much purple prose, it isn't a terrible story, but the author succeeds in confusing the hell out of me, over and over again. In the last few pages, he made sure that he confused me one last time. For some reason, there are brand names mentioned, so when a monitor or something else is mentioned, you are told it's a Sony or Akai or whatever brand it is.

I know that it's part of a trilogy, but the way it ends is weak.

If you like having to work hard to understand some of it, then you might enjoy this, I didn't. I get the feeling that the difficult to understand descriptions made perfect sense in the authors mind, but he didn't think about how the reader might find this. Or he didn't understand some of those parts himself and just threw them in anyway. I was pleased to finish it, Now I want to forget about it.
Read more
13 people found this helpful
Report abuse
See all reviews
Back to top
Get to Know Us
Make Money with Us
Let Us Help You
And don't forget:
© 1996-2021, Amazon.com, Inc. or its affiliates