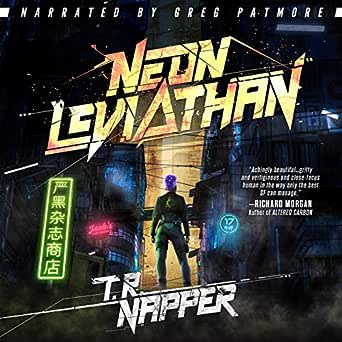 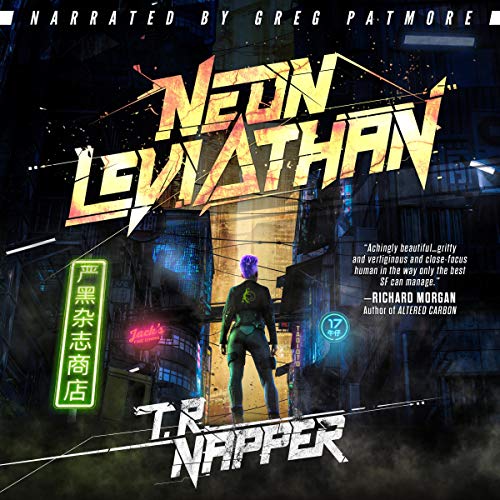 C.T.
5.0 out of 5 stars Fantastic cyberpunk story collection
Reviewed in the United States on 19 February 2020
Verified Purchase
Cyberpunk remains one of the most enduring new genres of science fiction, having been created during the Reaganite/Thatcher era with an idea that computers as well as corrupt looter capitalism would eventually proliferate beyond all control. Indeed, there's a solid argument that cyberpunk is no longer a science fiction genre because so much of what it predicted has come to pass.

The video games WATCH_DOGS and WATCH_DOGS 2 take place in the present-day of Chicago and San Fransisco while otherwise being classic cyberpunk tales of hackers versus the evil rich. There's still cyberpunk tales in the near and far future, though, like the BBC's BLACK MIRROR and ALTERED CARBON (now on Netflix).

In simple terms, cyberpunk is a dystopian form of science fiction where technology has not made humanity's problems any better, only created new ones. It is not a Luddite or anti-technology genre, quite the opposite as it often fetishizes advancements in tech, but it believes the problems inherent to society are a result of human nature. It is greed, classicism, apathy, and selfishness that make up humanity's problems. So, when you create a device that can cure cancer, a corporation is very likely to make sure only the very rich can use it as we see in the movie ELYSIUM.

NEON LEVIATHAN is a short story collection by T.R. Napper set in Australia during as well as after a brutal three way war between the Land Down Under, Vietnam, and China. In the future, memories can be harvested and sold like commodities. They can also be altered at will. Life has taken on the cheapness of a video game and it is very easy to become confused about the nature of what is real or not given so many things can affect your understanding of what's going on.

Each of the stories deals with a wide variety of antiheroes ranging from criminals to academics to professional soldiers. Almost all of them are fatally flawed to some degree and quite a few of them are clinically insane (or are they?). One of my favorite stories in the book deals with a mathematician who makes all of his money via gambling.

He then thinks an alien debt collector has come to threaten him for lost winnings but can't be certain because he's severely mentally ill and off his meds. Trying to figure out what was real, what was not, and whether any of that had any importance to the central character helped make it one of the best stories within.

The Australia envisioned by T.R. Napper is a place that is on the outside of a global economic boom where people are still as likely to become destitute as they are in our world (if not more so). They make poor decisions in hopes of staying ahead of the expenses of living while often getting themselves even further in debt. The satire is well done as it's clear none of this is our hero's fault (well, maybe for believing they could get ahead of things in the first place). Many of these stories end horribly for the protagonists and have a kind of horror movie twist to them, which I rather liked. Looter capitalism can be like a horror movie if it sinks its fangs into you.

If I had any complaints about the book, it is the fact that this is probably a work that best should be read in chunks instead of one story after another. The neon-filled, rain-soaked streets of Australia is a place that can sometime bleed over into each of the stories. It's a place that should be read in-between other more optimistic fiction because it can get depressing reading one fool after another being destroyed by new technology, like if you read Lovecraft's heroes getting eaten in fifteen stories straight. A few of the stories do have happy endings, though, and are welcome respites from the gloomy grimdark world of the future.

M.L. Spencer
5.0 out of 5 stars Excellent compilation of stories.
Reviewed in the United States on 16 February 2020
I received an ARC of Neon Leviathan and read it in two sittings. Excellent writing, intriguing situations and settings. Each story stands on its own, yet there is a good continuity. I've never read cyberpunk before, but found myself immediately engrossed. The portrayal of hyper-realistic characters attempting but not succeeding in coping with past trauma hit home for me. Story is very unique from a few standpoints. Excellent.
Read more
Helpful
Sending feedback...
Thank you for your feedback.
Sorry, we failed to record your vote. Please try again
Report abuse

AB
5.0 out of 5 stars Dark and Relevant. Modern sci-fi doesn’t get much better
Reviewed in the United States on 19 February 2020
Not your average sci-fi stories. If you are looking for something a little dark and a lot relevant to today and tomorrow, this is an amazing read that I couldn't recommend higher. Each story feels like it builds on the next. The prose makes it accessible to both the sci-fi officiant as well as anyone looking to dip their toe into the genre.

Can’t wait for the next book by this author.
Read more
Helpful
Sending feedback...
Thank you for your feedback.
Sorry, we failed to record your vote. Please try again
Report abuse