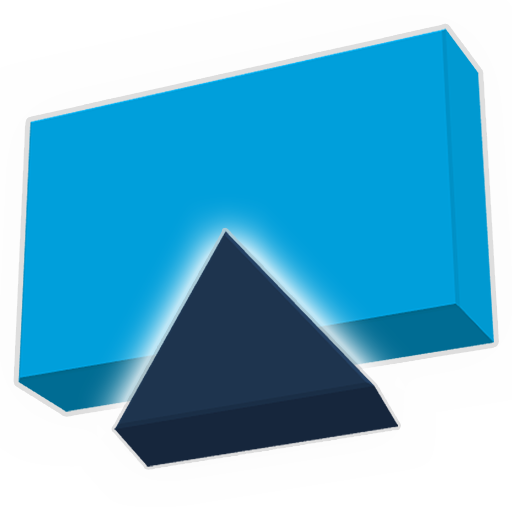 AirPlayMirror is Receiver App on Android for AirPlay Mirroring and Casting from Apple devices. An Apple AirPlay device can be an iPhone, an iPad, an iPodTouch, a MacBook, a iMac, or a MacMini. Using AirPlayMirror Receiver, the Android device can mirror screen of an Apple Airplay device or can playback audio/video/photos stored on Apple Airplay device or can play YouTube video link from Apple device over the local network. This is highly useful for sharing the screen and content of Apple device with family, friends, colleagues, customers or business partners.

The Android device can be an Android or Fire OS based devices including but not limited to Fire TV, Fire TV stick, Android TV, Android Set Top Box, Android phone or tablet.

2. On Apple Device, enable AirPlay and select AirPlay Receiver's name from the list. Enable Mirroring using the slider. The Apple device should be in the same network as the Android Device.

3. On AirPlayMirror App, the list of Apple devices connected to the App are shown in semi transparent control-screen which slides out on touching ">". For unhindered mirroring, slide control -screen to left by swiping it to left or by touching outside the control-screen.

Known Limitations:
1. App has limited capability for Live TV from only some Apps or websites
2. App can not playback DRM protected paid content from Airplay Devices. For example: Movies and videos from Netflix, iTunes Store, YouTube Movies etc.

3.2 out of 5 stars
3.2 out of 5
1,582 global ratings
How are ratings calculated?
To calculate the overall star rating and percentage breakdown by star, we don’t use a simple average. Instead, our system considers things like how recent a review is and if the reviewer bought the item on Amazon. It also analyses reviews to verify trustworthiness.

Bob Morley
1.0 out of 5 stars Does not work as expected
Reviewed in Canada on 11 February 2021
Verified Purchase
I wanted to use this from my Macbook Pro specifically to watch training videos I had on a bigger screen. It does not work. When I try to start them from the application, the AirPlayMirror Receiver just sits there waiting for a connection. Since this is my primary use case, I was very disappointed.

On the flip side, just doing the airplay from my MacBook Pro (to show the desktop) does work properly. You can't then play a video in this mode, mind you, because it can't keep up properly. I had been using a free mirror application for the main use case, and it would work for one video and then I hard to restart it (so that is why I bought this). Buy not always > Free.
Read more
2 people found this helpful
Report abuse

kamlesh singh
5.0 out of 5 stars Nice App..!!
Reviewed in India on 30 December 2019
Verified Purchase
I have been using this app on FireTV Stick for about a month. It works well with my iPhone XR and iPad Air2. noth pf which are on iOS13. Before buying this app, i had used free trial app "AirPlayMirror Receiver (Demo)" which worked for 15 minutes each time. As i was satisfied with the free demo app, i decided to buy full version app, and it works flawlessly. Nice way to try before buy. Happy Mirroring!!
Read more
2 people found this helpful
Report abuse

Amazon Customer
1.0 out of 5 stars Purchased app, very inconsistent, buggy and frustrating. Waste of money
Reviewed in India on 25 July 2021
Verified Purchase
Paid for the app, but it either keeps crashing or just doesnt show up in the device airplay option. Very inconsistent and frustrating. I wish i could refund my purchase
Read more
Report abuse
See all reviews
Amazon Appstore Return Policy