A Neighborly Killing and over 1.5 million other books are available for Amazon Kindle . Learn more 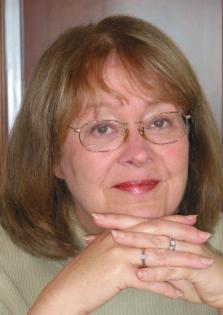 Start reading A Neighborly Killing on your Kindle in under a minute.

Nancy Lynn Jarvis finally acknowledged she was having too much fun writing to ever sell another house, so she let her license lapse in May of 2013, after her twenty-fifth anniversary in real estate. After earning a BA in behavioral science from San Jose State University, she worked in the advertising department of the San Jose Mercury News. A move to Santa Cruz meant a new job as a librarian and later a stint as the business manager for Shakespeare/Santa Cruz at UCSC. She invites you to take a peek into the real estate world through the stories that form the backdrop of her Regan McHenry mysteries. Real estate details and ideas come from Nancy's own experiences.

Mahrie
4.0 out of 5 stars Noting devalues a property like a dead body in the yard
Reviewed in Canada on 14 February 2017
Verified Purchase
Yelling, howling and gunshots produce a dead neighbor in the back yard. The story is off and running. I enjoyed these characters, and the read, through a moderately paced mystery. Complications are varied and led me in reasonable “red herring” directions. The outcome had a logical twist and left me, as a reader, satisfied.
Read more
Report abuse

YR Reads
5.0 out of 5 stars A Thrilling Ride!
Reviewed in the United States on 30 April 2016
Verified Purchase
What would you do if someone died in your back yard? You're certain it was murder, but the evidence clearly indicates suicide.

As well as an absorbing mystery, Ms. Jarvis takes us on a journey many would fear to tread. However, this time, it's not only the heroic Regan McHenry who's anxious to find the truth. Her husband, Tom, whose usually the reluctant one, leads the way, much to the shock of Regan and their loyal but fearful Santa Cruz Police Ombudsman Dave Everett.

Death occurs every day. Can you answer the question; have you bought a place where a murder occurred? If there are laws regarding such in your state, it's usually three years. Would you want to know?

The premise of A Neighborly Killing is unique, modern, filled with intrigue, and has a compelling and satisfying ending. Well done, Nancy Lynn Jarvis, you have an award winner!

Lynn G.
4.0 out of 5 stars Keep 'em guessing
Reviewed in the United States on 19 February 2018
Verified Purchase
Another enjoyable romp in the Regan McHenry Real Estate Mystery series. Nancy Lynn Jarvis has a wonderful knack for telling compelling stories with interesting characters, and the characters in this one will keep you guessing. Her descriptions of the area and the events are so well done that I felt like I walked alongside Regan as she solved another mystery!
Read more
2 people found this helpful
Report abuse

Jacquelyn Hitchcock
5.0 out of 5 stars A real page rurner
Reviewed in the United States on 19 November 2017
Verified Purchase
Just finished my second Nancy Lynn Jarvis book. I haven't been able to put it down. Absolutely love her writing. Gotta go, my next one, Buying Murder is screaming at me.
Love Nancy Lynn Jarvis, highly recommend.
Read more
One person found this helpful
Report abuse