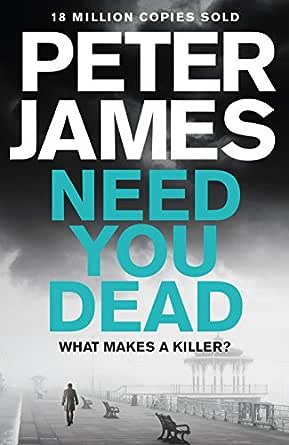 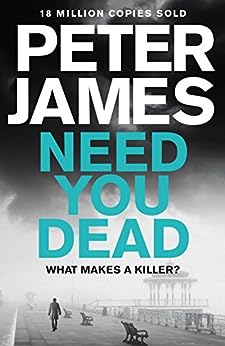 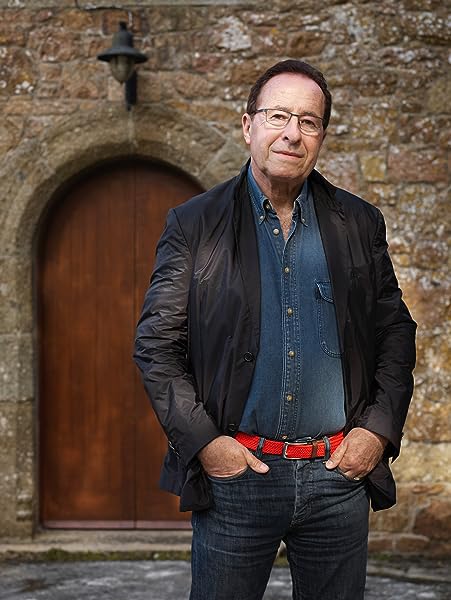 'Peter James has penetrated the inner workings of police procedures, and the inner thoughts and attitudes of real detectives, as no English crime writer before him.' -- The Times

'James just gets better and better and deserves the success he has achieved with this first-class series.' -- The Independent on Sunday

'Meticulous research gives his prose great authenticity ... James manages to add enough surprises and drama that by the end you’re rooting for the police and really don’t know if they will finally get their men.' -- Sunday Express

Snapdragon
TOP 10 REVIEWER
5.0 out of 5 stars Terrific
7 December 2017
Format: Kindle EditionVerified Purchase
Despite his fame, this is the first Peter James novel I’ve read, and it won’t be the last. His knowledge of policing is second to none, and of course, in this day and age, policing is very technical indeed. The long list of police personnel listed in the acknowledgments testifies to his research. All of this wouldn’t matter much if the plotting and characterisations were bad, but they’re not... they’re also excellent. The only slight gripe would be that the person whodunnit in this case isn’t at all sign-posted with clues we fail to spot until very near the end. The story is about a lovely young woman with an abusive husband and a secret lover on the side. She dies and there are three decent suspects, or possibly, it was suicide. Then it looks as though one of the investigating team is guilty, but DI Grace can’t quite square him with the villain. There’s a gripping chase scene and interesting sub-plots. Grace discovers that his ex-wife had their son ten years ago. She is now dead, and Grace goes to Munich to pick the boy up. Of course the boy is traumatised but there are a few hints that there might be something more unsettling going on. We’ll have to wait and see... Great stuff, and BTW, don’t marry a copper. They get called into work just when you’ve planned a holiday or a wedding anniversary or similar.
Read more
Helpful
Comment Report abuse

Nana Mez
TOP 500 REVIEWER
5.0 out of 5 stars Thank you Peter for another great read in this series.
18 June 2017
Format: Kindle EditionVerified Purchase
A long wait for this one but after 12 previous Roy Grace novels this one was just as exciting to read. Can't wait for #14. The end will surprise.
Read more
Helpful
Comment Report abuse

Margaret Reid
5.0 out of 5 stars Recommend
5 August 2017
Format: Kindle EditionVerified Purchase
You can never put these books down. Great read.
Love the series, I wish you could pick up the next copy immediately and continue
Read more
Helpful
Comment Report abuse

Mr. Trevor Fielding
5.0 out of 5 stars A very good read and a great ending
15 May 2019
Format: Kindle EditionVerified Purchase
I found the book held my attention from the first page to the last .
Read more
Helpful
Comment Report abuse

Judithhb
TOP 1000 REVIEWER
5.0 out of 5 stars This one didn’t disappoint me.
1 October 2017
Format: Kindle Edition
When Detective Superintendent Roy Grace is called to a flat in Brighton where a woman’s body is found, it seems that an accident is the cause of death but when murder is suspected the husband rapidly becomes the chief suspect. As the case proceeds. Grace realises there may be more than one other possible suspect, one of whom is much more clever and devious than the husband.

As usual with Peter James, we are given an insight into the inner workings of police procedures adding a sense of realism to the story. To do this he calls upon the experiences of the real policemen with whom he is associated.

We are taken on a merry chase around Brighton and the environs until the real murderer is found and the case turns more sinister. The twist in the tail is utterly unexpected and takes Grace completely by surprise.

I am a Peter James fan from way back, having read all the earlier 12 novels in the series. This one didn’t disappoint me.
Read more
Helpful
Comment Report abuse
See all 8 customer reviews
Write a customer review

Go to Amazon.com to see all 13 reviews 4.2 out of 5 stars
Get FREE delivery with Amazon Prime
Prime members enjoy FREE Delivery and exclusive access to movies, TV shows, music, Kindle e-books, Twitch Prime, and more.
> Get Started
Back to top
Get to Know Us
Make Money with Us
Let Us Help You
And don't forget:
© 1996-2020, Amazon.com, Inc. or its affiliates