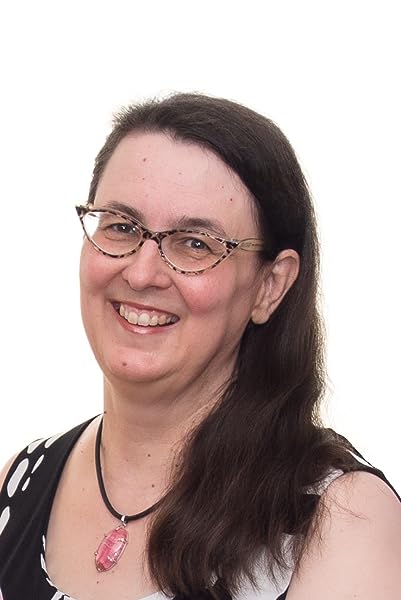 by Natalie Jane Prior (Author), Simon Howe (Illustrator)
5.0 out of 5 stars 2 ratings
See all formats and editions
Sorry, there was a problem loading this page. Try again.

It’s Dragon New Year, a week-long, once-in-a-lifetime event, and Ava and Jack can’t wait to celebrate with Graun and Fafnine! There’ll be picnics, parties, a bonfire and – best of all – a majestic fireworks display.
But with two naughty dragons on the loose, and a set of self-important dragon triplets on a mission to bring them down, the celebrations soon turn into a disaster of epic proportions.
Have the naughty dragons finally gone too far?

Perfect for fans of How to Train Your Dragon and Enid Blyton's classic adventures, Naughty Dragons is a highly visual series for readers 6+, packed with rollicking adventure, riotous laughs and oodles of mischief.
Read more
Previous page
Next page

Natalie Jane Prior is the author and editor of numerous books for children and young adults. Her work includes the classic picture book The Paw and its sequels (illustrated by Terry Denton), the internationally successful fantasy series Lily Quench, which has well over half a million copies in print and which was broadcast on BBC Radio in 2006, and The Minivers, a four book series published in Australia and the UK. Her most recent picture book is Wandering Star, illustrated by Stephen Michael King. In 2018, Natalie was co-editor with her long-time agent, Margaret Connolly, of the critically acclaimed poetry anthology, A Boat of Stars, which includes new poetry and artwork by some of Australia’s best known writers and illustrators – the first such anthology in many years. Books by Natalie have won the Aurealis Award (for fantasy and science fiction), the Davitt Awards (for crime writing), have been Honour, Shortlisted and Notable Books in the Children's Book Council of Australia Awards, and have won numerous children’s choice awards. She lives in Brisbane with her husband, daughter, a well-behaved border collie, and an extremely naughty dachshund.

Simon Howe is a picture book illustrator and animator. His picture books include On My Way, written by Sophie Masson, Perfect Little Monster, written by Penny Morrison, and Bold Tales For Brave-Hearted Boys, written by Susannah McFarlane. Naughty Dragons is his first junior fiction series. He regularly works with much-loved children's band, Teeny Tiny Stevies, designing and animating their music videos. Their second album, Helpful Songs For Little People, was picked up by ABC Music, and all of the animated videos are now screened frequently on ABC Kids Television.

Natalie Jane Prior was born in November 1963, a momentous month which saw the assassination of President Kennedy, the death of C.S. Lewis, and the first broadcast of Dr Who on British television. Natalie is the author of numerous books for many ages and has been published in more than twenty countries. Her most recent book is The Fairy Dancers: Dancing Days, with with long-time collaborator, illustrator Cheryl Orsini.

Natalie's other work includes the internationally successful fantasy series Lily Quench, which has well over half a million copies in print, and which was broadcast on BBC Radio in 2006, The Minivers series, and picture books including Lucy's Book, Pom Pom, and The Paw. Natalie lives in Brisbane, Australia, with her husband, daughter, and two long-haired red miniature dachshunds.

JM
TOP 500 REVIEWER
5.0 out of 5 stars Great books for young readers
Reviewed in Australia on 13 November 2021
Verified Purchase
My 5yo learned to read during lockdowns and these books are among his favourites. Kids and their foster dragons getting up to mischief with lots of schoolyard rivalries - what's not to like?
Read more
Helpful
Report abuse
See all reviews