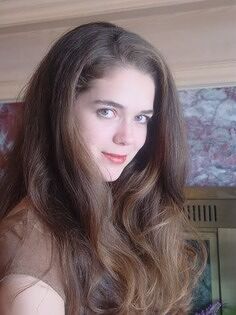 by Jennifer Lynn Barnes (Author)
4.6 out of 5 stars 548 ratings
See all formats and editions
Sorry, there was a problem loading this page. Try again.

Page 1 of 1 Start overPage 1 of 1
Previous page
Next page
Start reading The Naturals: Book 1 on your Kindle in under a minute.

4.6 out of 5 stars
4.6 out of 5
548 global ratings
How are ratings calculated?
To calculate the overall star rating and percentage breakdown by star, we don’t use a simple average. Instead, our system considers things like how recent a review is and if the reviewer bought the item on Amazon. It also analyses reviews to verify trustworthiness.

Tez Miller
3.0 out of 5 stars Special Snowflakes
Reviewed in Australia on 24 January 2015
In a world where book packaging and retellings are all the rage, it's not hard to imagine someone watching Criminal Minds, or whatnot, while thinking, "How can I make this YA?"

Whilst Jennifer Lynn Barnes's THE NATURALS is NOT the result of book packaging or retelling, its concept requires too much suspension of disbelief. The FBI is adult. These "Naturals" are teenagers, who are supposedly better at crime-solving than the FBI. Even though FBI agents go through strenuous training and years on the job, these teens' abilities are "natural", rather than learned. Nothing paranormal - just Special Snowflakes.

Minus the chapters from the killer's point of view, you'd be surprised to go through 100 pages (a third) of the book until the case is even mentioned. Even later for the teens to get involved. Generally speaking, origin stories (of how someone joins a group) make better prequel novellas, rather than wasting time in a novel. But without the origin story here, you only have roughly 200 pages (or less) of relevance.

The main character is completely superfluous. The Naturals already have all the bases covered without her: a lie detector, a probability calculator, an emotion-reader, and a profiler. If Cassie Hobbes had a different ability, her presence would be justified. Instead, she's just another profiler.

But apparently Cassie and the other profiler, Dean Redding, have some complementary thing where she presents the victim's POV and he presents the killer's. They're love interests, too, so...kind of creepy. But this is part of a love triangle, mind you - Cassie must choose between moody Dean and fun Michael. We've read enough YA romance to know that Cassie and Dean are soul mates, or some tripe, so the love triangle just seems like time-wasting.

The case turns out to be about Cassie, as if to justify her inclusion, but...still not impressive.

As someone interested in psychology, THE NATURALS should've worked for me. Maybe it would've, if I'd turned off my brain's logic. But I shouldn't have to stop thinking in order to enjoy something.
Read more
Helpful
Report abuse
See all reviews

Kat
5.0 out of 5 stars Loved it!
Reviewed in the United Kingdom on 16 January 2019
Verified Purchase
Captivating, thrilling and suspense-building: these are some ways in which I can describe this wonderfully written book! If you reading books by the likes of Ally Carter and Joss Stirling, then I would wholeheartedly recommend this book/series by Jennifer Lynn Barnes :)

LibLob-x
4.0 out of 5 stars Love a Good Mystery!
Reviewed in the United Kingdom on 8 May 2019
Verified Purchase
I really love this series! It's clever and engaging and kept me guessing right up to the end.
Read more
One person found this helpful
Report abuse

Yes. I read! Yes. I read
5.0 out of 5 stars Review
Reviewed in the United Kingdom on 30 May 2015
Verified Purchase
Even though it feels so wrong to admit that I loved this creepy, chilling, DETAILED story, I'm gonna have to. The way Jennifer Lynn Barnes was able to get into the head of the killer and sort through every detail emotion and action that all characters had is amazing! I also do not believe that this story makes the author some psychotic killer at all. Just really good at perceiving people and understanding motives and the way someone's mind may work. That in itself is amazing and I commend her for it. I would seriously recommend this to anyone into Sherlock Holmes or that type of thing ( ;
Read more
2 people found this helpful
Report abuse

Stephanie Burgess
5.0 out of 5 stars Fantastic! When's the next one out?
Reviewed in the United Kingdom on 22 June 2014
Verified Purchase
A fantastic book which was recommended to me by a friend. I also highly recommend it. What would you do if an agency wanted to put you in a secret programme? Lots of mystery, speculation and fun. If you love teen spy, this is for you. A good read for anyone age 13+.
Read more
2 people found this helpful
Report abuse
See all reviews
Back to top
Get to Know Us
Make Money with Us
Let Us Help You
And don't forget:
© 1996-2021, Amazon.com, Inc. or its affiliates