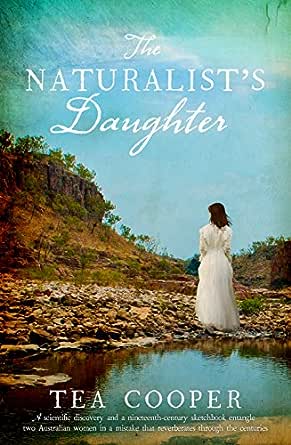 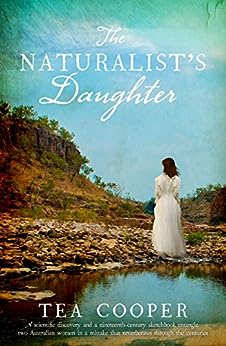 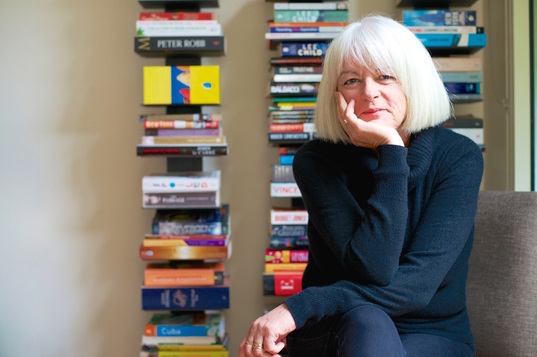 A woman's bungled act of kindness sparks a chain of events that reverberates through the generations uncovering secrets, lies and the biggest scientific controversy of the nineteenth century, the classification of the platypus.

Two women, a century apart, are drawn into a mystery surrounding the biggest scientific controversy of the nineteenth century, the classification of the platypus.

Rose Winton wants nothing more than to work with her father, eminent naturalist Charles Winton, on his groundbreaking study of the platypus. Not only does she love him with all her heart, but the discoveries they have made could turn the scientific world on its head. When Charles is unable to make the long sea journey to present his findings to the prestigious Royal Society in England, Rose must venture forth in his stead. What she discovers there will change the lives of future generations.

Tamsin Alleyn has been given a mission: travel to the Hunter Valley and retrieve an old sketchbook of debateable value, gifted to the Mitchell Library by a recluse. But when she gets there, she finds there is more to the book than meets the eye, and more than one interested party. Shaw Everdene, a young antiquarian bookseller and lawyer, seems to have his own agenda when it comes to the book but Tamsin decides to work with him to try and discover the book's true provenance. The deeper they delve, the more intricate the mystery becomes.

As the lives of two women a century apart converge, discoveries rise up from the past and reach into the future, with irrevocable consequences…

Tea Cooper lives in a stone cottage on one hundred acres of bushland, just outside the time-warp village of Wollombi, NSW Australia. When she isn't writing, Tea can be found haunting the local museum or chatting to the locals, who provide her with a never-ending source of inspiration.

Jeanette
5.0 out of 5 stars Great read
Reviewed in Australia on 13 May 2018
Format: Kindle EditionVerified Purchase
I found so many elements to like in this book- from romance to science and in between a love of old books and uncovering of old family secrets. That’s a huge pile of some of my favourite things. Not to mention that abusive men finally got destroyed and young women finally got their rights.
Of course it is a bit contrived that the girl doing the research turns out to be the heir, but even that matches the historic setting- they liked their stories that way in earlier times. (Think Dickens)
A thoroughly enjoyable read!
Read more
3 people found this helpful
Helpful
Comment Report abuse

Amazon Customer
5.0 out of 5 stars An Australian story
Reviewed in Australia on 5 December 2018
Format: Kindle EditionVerified Purchase
Nice to read a genuine Australian story. Fictional but based on fact about the unique Platypus being accepted by the London Geographical Society as a new species. Combines history, romance and time travel between the 19th century and the 20th century. Easy enjoyable read.
Read more
2 people found this helpful
Helpful
Comment Report abuse

Barbara West
5.0 out of 5 stars Australian historical story
Reviewed in Australia on 10 July 2019
Format: Kindle EditionVerified Purchase
I loved this book as it swung between two century's, the story tells two stories of two strong independent young women. The second one is just after independence and just picked up the history of Sydney.
Read more
One person found this helpful
Helpful
Comment Report abuse

Amazon Customer
5.0 out of 5 stars Great Aussie historic read.
Reviewed in Australia on 28 July 2019
Format: Kindle EditionVerified Purchase
I was hoked into the story from the first chapter. Normally I don't like books that jump about but the 2 stories generations apart made this book.
Read more
One person found this helpful
Helpful
Comment Report abuse

NAME_NOT_RETURNED
5.0 out of 5 stars Another brilliant read from a talented author
Reviewed in Australia on 7 October 2019
Format: Kindle EditionVerified Purchase
Tea Cooper has the rare talent for writing books that grip the reader from the get go. Her characters are relatable, clever and engaging all admirable qualities, but it is the plot that I love most. Dual time settings also add colour and flavour. Loved it and highly recommended reading
Read more
Helpful
Comment Report abuse

Truda Ticehurst
5.0 out of 5 stars Intriguing.
Reviewed in Australia on 22 January 2020
Format: Kindle EditionVerified Purchase
I've discovered a new Australian author & was totally intrigued by the story she wove around the first in-depth study of the mallangong(platypus). Will be recommending this novel to friends & family.
Read more
Helpful
Comment Report abuse
See all reviews from Australia

Ansdell Lass
5.0 out of 5 stars A very strange kind of creature
Reviewed in the United Kingdom on 16 May 2018
Format: Kindle EditionVerified Purchase
An Australian friend recommended this book to me. I recently told him I had simple syndactyly (although I didn’t know what it was called until I read “The Naturalists Daughter”). He had, coincidentally, just read this book himself immediately before receiving my informative email.

I half jokingly say I would have been burned (or hanged - depending on where I lived) as a witch in a previous time because of my strange toes and the fact that I am also left handed, as are the girls in this story.

I really enjoyed the whole tale and have always found Duckbilled Platypuses to be fascinating. I didn’t know the males had spurs until this story.

I loved the connection between the two ladies - a century apart. All the characters were well written and interesting. The ending was very satisfying.

It would make a great film, in my opinion.

I loved it.
Read more
Helpful
Sending feedback...
Thank you for your feedback.
Sorry, we failed to record your vote. Please try again
Report abuse

Urtie
5.0 out of 5 stars A really good read, well written and worth purchasing
Reviewed in the United States on 12 February 2018
Format: Kindle EditionVerified Purchase
A very interesting story and held my interest all the way through. It was based on some true facts re the platypus which was called the
Mallengong by the aborigines. The story also refers to Sir Joseph Banks and is based in the 1820's. The National Geographics in London would not accept that an animal who was classed as a mammal, but whose young were born by an egg but who then suckled its young. 100 years later Tamsin a librarian is handed a large sketch book about the Platypus and so begins her search to find out who did the drawings. A really good read, well written and worth purchasing.
Read more
One person found this helpful
Helpful
Sending feedback...
Thank you for your feedback.
Sorry, we failed to record your vote. Please try again
Report abuse

Carol A. Keljo
5.0 out of 5 stars Intriguing with Mystery, Education, and Love
Reviewed in the United States on 12 February 2018
Format: Kindle EditionVerified Purchase
I was not sure about this book, but I love historical fiction. This book did not disappoint. It’s a wonderful tribute to the investigative minds of women and a rare look into the history of the platypus. As the story weaves and dodges, it eventually all comes together with many surprises and parallels.

I loved the clever and careful weaving of the unveiling of details of two smart women in times when women had their place.

It is a pure delight to read.
Read more
One person found this helpful
Helpful
Sending feedback...
Thank you for your feedback.
Sorry, we failed to record your vote. Please try again
Report abuse

lynette williams
5.0 out of 5 stars historical story
Reviewed in the United States on 12 February 2019
Format: Kindle EditionVerified Purchase
a look at how early women lived in the shadow of men --a well told tale set in different times
Read more
Helpful
Sending feedback...
Thank you for your feedback.
Sorry, we failed to record your vote. Please try again
Report abuse

ele
5.0 out of 5 stars History in the making
Reviewed in the United States on 21 May 2018
Format: Kindle EditionVerified Purchase
love the story history in the making. Good read, well written.
Read more
Helpful
Sending feedback...
Thank you for your feedback.
Sorry, we failed to record your vote. Please try again
Report abuse
Load more international reviews

Tallullah S
5.0 out of 5 stars A real page turner!
Reviewed in the United States on 4 March 2018
Format: Kindle EditionVerified Purchase
Couldn't put it down!
Read more
Helpful
Sending feedback...
Thank you for your feedback.
Sorry, we failed to record your vote. Please try again
Report abuse