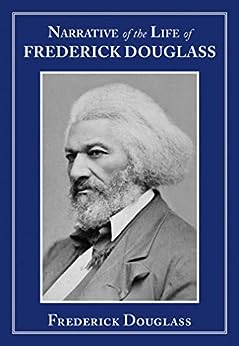 Frederick Douglass was born a slave, denied an education, and expected to work like a beast of the fields until the day he died. But Douglass's mind and spirit could not be imprisoned. As he secretly learned to read and write, Douglass looked ahead to the day he could escape the chains of slavery. Once free, he wrote this classic of American literature. It is a story that shocked the world with its first-hand account of the horror of slavery. --From the Publisher --This text refers to an alternate kindle_edition edition.

Frederick Douglass was born Frederick Augustus Washington Bailey to a slave woman and an unknown white man in either 1817 or 1818. He was enslaved in Baltimore and Maryland for twenty years, first as a servant and then as a farm hand. He escaped in 1838, married, and settled in Massachusetts where he began work as an anti-slavery crusader. Following a fantastically eloquent speech at an anti-slavery convention he was hired by the Massachusetts Anti-Slavery Society to lecture about his life as a slave. He was such a brilliantly gifted public speaker that many doubted he had ever been a slave, and this stereotype – that a slave couldn’t be intelligent or articulate – was something he fought ardently against. He wrote his autobiography partly to address this – it became an instant bestseller on publication. After the outbreak of the civil war he successfully persuaded President Lincoln to allow black soldiers to enlist. He was, at various times, Federal Marshall of the District of Columbia, President of the Freedman’s Bank, United States Minister to Haiti, and charge d’affaires for the Dominican Republic. He died in 1895 shortly after delivering a speech at a women’s rights rally. --This text refers to an alternate kindle_edition edition.

‘A masterpiece … [Douglass] was not only self-educated, with a love of language which should still be an inspiration; he was also self-created’ New York Times

Frederick Douglass was born into slavery in Maryland in 1818. After his escape in 1838 he became an ardent abolitionist, and his autobiography was an instant bestseller upon publication in 1845. In it he describes with harrowing honesty his life as a slave – the cruelty he suffered at the hands of plantation owners; his struggles to educate himself in a world where slaves are deliberately kept ignorant of basic facts about themselves and the world around them as a form of control; and ultimately, his fight for his right to freedom. A passionately written, intelligent and highly emotive indictment of slavery, his principle preoccupation was that slavery could be eradicated only through education. This text was key in helping to secure its eventual abolition. --This text refers to an alternate kindle_edition edition.

Douglass escaped slavery in 1838 and became a tireless campaigner for abolitionism. This autobiography lays bare the realities of slavery in antebellum America. The eloquence of Douglass' writing, with an immediacy and honesty found shocking at the time, make this an invaluable record of one of humanity's most shameful acts. --This text refers to an alternate kindle_edition edition.

This Modern Library Paperback Classics edition combines the two most important African American slave narratives into one volume.
Frederick Douglass's Narrative, first published in 1845, is an enlightening and incendiary text. Born into slavery, Douglass became the preeminent spokesman for his people during his life; his narrative is an unparalleled account of the dehumanizing effects of slavery and Douglass's own triumph over it. Like Douglass, Harriet Jacobs was born into slavery, and in 1861 she published Incidents in the Life of a Slave Girl, now recognized as the most comprehensive antebellum slave narrative written by a woman. Jacobs's account broke the silence on the exploitation of African American female slaves, and it remains crucial reading. These narratives illuminate and inform each other. This edition includes an incisive Introduction by Kwame Anthony Appiah and extensive annotations.

"From the Trade Paperback edition. --This text refers to an alternate kindle_edition edition.

Frederick Douglass was a key figure in helping to secure the abolition of slavery in America – discover his Narrative on the 150th anniversary of that event. --This text refers to an alternate kindle_edition edition.
Read more

4.7 out of 5 stars
4.7 out of 5
5,879 global ratings
How are ratings calculated?
To calculate the overall star rating and percentage breakdown by star, we don’t use a simple average. Instead, our system considers things like how recent a review is and if the reviewer bought the item on Amazon. It also analyses reviews to verify trustworthiness.

Belinda
4.0 out of 5 stars Great book
Reviewed in Australia on 31 October 2014
Verified Purchase
I really enjoyed this book. Frederick was a really exceptional man. His memoir is both jarring and inspirational, but also accessible for a modern reader. I definitely recommend it for people who are wanting to understand American slavery from the point of view of an ex-slave.
Read more
Helpful
Report abuse

Amazon Customer
5.0 out of 5 stars Insightful, sad in parts but full of hope
Reviewed in Australia on 5 February 2017
Verified Purchase
I was inclined to read this book when President Trump showed his ignorance as to who Frederick Douglass was. Being Australian meant this was the first I had heard of this man. I am so happy a man like this was able to articulate himself over such a hardship.
Read more
Helpful
Report abuse

L. Powell
5.0 out of 5 stars Fredrick Douglass is a must read (and I don't even like biographies)!
Reviewed in the United Kingdom on 20 March 2017
Verified Purchase
Imagine Gandhi, Darwin, Gates or even yourself being made to cut corn, grovel and never being allowed to read a book. This man was amazing. I've read his other books too (read them!). He opens up the past through his words in a way that lets you see the horrors of slavery without giving you nightmares for the rest of your life. Anyone who reads this will marvel at the man's intelligence and his resilience. If he were born today I wonder what he'd have become. This shows the sad and awful waste of humanity that slavery was, not only to each poor individual trapped in it's disgusting web but also to society as a whole.
Read more
30 people found this helpful
Report abuse

jmr
5.0 out of 5 stars What the Whites did to Blacks
Reviewed in the United Kingdom on 1 April 2018
Verified Purchase
A great book that gives a first-hand account of so-called white god-loving Whites did to Black slaves. It is insightful in the sense of how evil people can be and how they can use their religion to justify their vile actions.
Read more
10 people found this helpful
Report abuse

KlepperMan
5.0 out of 5 stars It certainly opens your eyes to the slave trade
Reviewed in the United Kingdom on 30 August 2020
Verified Purchase
I purchased this when the 'Black Lives Matter' protests kicked off, although I was brought up with a book that taught me 'ALL LIVES MATTER'.
The book was discussed and revieved on a Melvyn Bragg radio program. It tells the story through the eyes of one who lived through the slave trade, not the Hollywood interpretation we see on the big screen.
I would definitely recommend it.............but be warned some parts are not for the sqeamish as the book tells how it was and does not pull punches.

Tinkerbell
5.0 out of 5 stars An honest, moving & poignant read for an insight into the lived horror of slavery #BLM
Reviewed in the United Kingdom on 24 June 2020
Verified Purchase
"Sincerely and earnestly hoping that this little book may do something toward throwing light on the American slave system, and hastening the glad day of deliverance to the millions of my brethren in bonds—faithfully relying upon the power of truth, love, and justice, for success in my humble efforts—and solemnly pledging my self anew to the sacred cause,—I subscribe myself, FREDERICK DOUGLASS LYNN, Mass., April 28, 1845"
Read more
2 people found this helpful
Report abuse

dizzydolly
5.0 out of 5 stars well packaged
Reviewed in the United Kingdom on 16 February 2020
Verified Purchase
This book is everything I expected it to be. I can only read it a little at a time . It is so well written it brings the brutality leaping from the pages. I was not taught in school about the horrors of slavery. I am doing my best to educate myself now.
Read more
3 people found this helpful
Report abuse
See all reviews
Back to top
Get to Know Us
Make Money with Us
Let Us Help You
And don't forget:
© 1996-2021, Amazon.com, Inc. or its affiliates