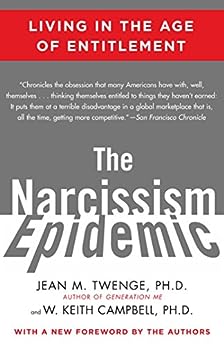 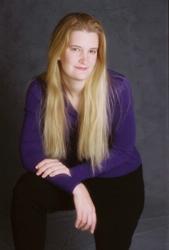 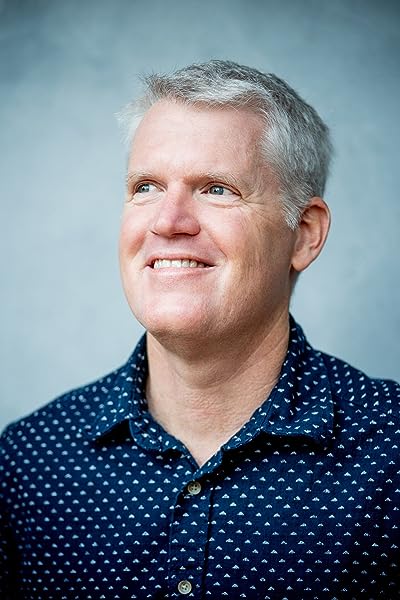 The Narcissism Epidemic: Living in the Age of Entitlement Kindle Edition

by Jean M. Twenge (Author), W. Keith Campbell (Author) Format: Kindle Edition
See all formats and editions
Sorry, there was a problem loading this page. Try again.
The author of Generation Me explores the spread of narcissism in today’s culture and its catastrophic effects at every level of society.

Public figures say it’s what makes them stray from their wives. Teenagers and young adults hone it on social media, and celebrity newsmakers have elevated it to an art form. And it’s what’s making people depressed, lonely, and buried under piles of debt.

Dr. Jean Twenge joins forces with W. Keith Campbell, PhD, a nationally recognized expert on narcissism, to explore this new plague in The Narcissism Epidemic. Even the world economy has been damaged by risky, unrealistic overconfidence. Drawing on their own extensive research as well as decades of other experts’ studies, Twenge and Campbell show us how to identify narcissism, minimize the forces that sustain and transmit it, and treat it or manage it where we find it.

Filled with arresting, alarming, and even amusing stories of vanity gone off the tracks, The Narcissism Epidemic is at once a riveting window into the consequences of narcissism, a prescription to combat the widespread problems it causes, and a probing analysis of the culture at large.
Read more
Previous page
Next page

"An outstanding accomplishment by two people who truly care about the debacle of self-worship."

Filled with important, disturbing research detailing the alarming cultural spread of narcissism today.-- "Karyl McBride, Ph.D., author of Will I Ever Be Good Enough?" --This text refers to the audioCD edition.

Jean M. Twenge, PhD, a professor of psychology at San Diego State University, is the author of more than a hundred scientific publications and several books based on her research. Her research has been covered in Time, the Atlantic, Newsweek, the New York Times, USA Today, and the Washington Post. She has also been featured on the Today show, Good Morning America, Fox and Friends, CBS This Morning, and National Public Radio.

W. Keith Campbell, PhD, is department head and a professor of psychology at the University of Georgia. He is the author of When You Love a Man Who Loves Himself: How to Deal with a One-Way Relationship and coauthor, with Josh Miller, of The Handbook of Narcissism and Narcissistic Personality Disorder: Theoretical Approaches, Empirical Findings, and Treatments. He has authored over one hundred scientific articles. His work on narcissism has appeared in USA Today, Time, and the New York Times. He has also made numerous radio and television appearances, including Today and National Public Radio's All Things Considered. Keith lives in Athens, Georgia, with his wife and daughters.

Randye Kaye is a national voice talent and actress, also currently heard as part-time newscaster and classical music host on NPR affiliates WSHU-FM and AM. Prior to that, while raising her children, she was a full-time morning personality for a top-rated Connecticut radio station in addition to her voice-over, on-camera, and theater work.

4.4 out of 5 stars
4.4 out of 5
437 global ratings
How are ratings calculated?
To calculate the overall star rating and percentage breakdown by star, we don’t use a simple average. Instead, our system considers things like how recent a review is and if the reviewer bought the item on Amazon. It also analyses reviews to verify trustworthiness.

The authors do a highly credible job of proving the symptoms and causes of narcissism in society drawing on extensive and rich research. Their starting point is the differences between self-esteem and narcissism providing a platform for the entire book. They write, "Narcissists are overconfident, not just confident, and - unlike most people in self-esteem - place little value on emotionally close relationships." They discount the commonly held myth that narcissists are insecure and are compensating for low self-esteem.

Among the most interesting aspects is their contention that narcissism is so pervasive that it impacts core social values to the point we are losing our way. Our culture is replete with examples of ridiculous behaviors that are symptoms and contributing factors to narcissism:

- Botox and tanning to fulfill unrealistic notions of physical beauty (skin cancer among women 15-34 has jumped 20% in the last decade)
- Reality television (e.g., My Super Sweet 16 where kids have over the top parties)
- Greed and materialism with emphasis on extravagant homes (over the last 35 years, family size has shrunk but home size has increased 66%)
- Social networking (vacuous and/or inappropriate content: 25% of teen girls have appeared nude or nearly nude on the Internet or on cell phones)
- Music lyrics (the average teen spends at least thirty minutes a day listening to songs describing degrading sex)
- Cheating in school (two-thirds of teens admit to cheating on tests/exams)
- Behaving badly in the workplace (I recommend the book, The Cost of Bad Behavior, on this subject)
- Theft (one-third of teens have stolen)
- "Hooking Up" (a convenient phrase for very casual sexual relationships)
- Loss of perspective between work and pay, value of a dollar, and value of earning for accomplishment

I took to heart that much of reversing poor behavior lies with parents. The authors write, "Not that long ago, kids knew who the boss was - and it wasn't them. It was Mom and Dad. And Mom and Dad weren't your "friends". They were your parents." They point out that now parents want their children's approval not the other way around. So a great many parents are doing their children a disservice by emphasizing materialism, indulging incivility, and accepting what has become all too common in society, namely, a lack of discipline, poor manners, service for the community.

A Time/CCN poll found that 80% of people thought kids were more spoiled than they were in the 1980's and 1990's and in the same poll two-thirds of parents described their own kids as spoiled. And while that is qualitative data, the authors provide the following empirical backup, "Adjusted for inflation, kids in the 2000s spend 500% more than their parents at the same age. Many kids don't earn the money to pay for such things, instead expecting they will just be given to them. This is the very definition of entitlement, one of the central facets of narcissism."

But the book is not focused on teens - it is just that a great deal of research has been applied to them of late. Overall there are two aspects of our society that have troubled me for some time and apply to all age groups: incivility and lack of reciprocity. I am amazed when someone is surprised that I hold the door for them (which to me is so utterly basic). The authors write, "Reciprocity is the glue that binds society together, and entitlement dissolves that glue."

The book is filled with facts, examples to make you shudder, and clear, level-headed thinking. And the authors not only diagnose the problem but provide ideas to remedy the situation. They are hopeful when they write, "we have a chance to slow the epidemic of narcissism if we learn to identify it, minimize the forces that sustain and transmit it, and treat it."
Read more
2 people found this helpful
Helpful
Report abuse
See all reviews

Ricky
5.0 out of 5 stars The Western Mind
Reviewed in the United Kingdom on 7 February 2021
Verified Purchase
This book attests to a phenomenon I have personally experienced as a psychotherapist. Namely, the large increase in individuals with narcissism over the past 25 years. In 1992, approximately 5% of my clients had a diagnosis of NPD. By 2018, this figure had risen to over 50%.
This very important work raises issues that will get you thinking about the future of the Western Mind and the Western World.
Read more
4 people found this helpful
Report abuse

Chris X
5.0 out of 5 stars An epidemic you never thought existed
Reviewed in the United Kingdom on 30 November 2019
Verified Purchase
After reading this you really start to see our current modern society in a different way, one which exposes the sins lying within.
Read more
2 people found this helpful
Report abuse

Ignatius Rye
4.0 out of 5 stars A 'Must-Read'
Reviewed in the United Kingdom on 27 February 2014
Verified Purchase
An extremely thought provoking book addressing an issue in our individualistic, material culture we tend to dismiss. The personal self-obsession this book charts as a strong characteristic of our culture ironcally continually reinforces that avoidance but it is also of course firmly shaped by the political and economic system we allow to control us.

This book tackles that basic issue very well and in a reasonably balanced way, written as it is by a left-leaning Democrat and a libertarian Republican and, although written by Americans for primarily an American audience, it transfers easily to other western societies and, indeed, the developng world. A 'must-read' in many way.
Read more
8 people found this helpful
Report abuse

Thomas
4.0 out of 5 stars A good account of the cultural narcissism for those that haven’t fully comprehended it yet.
Reviewed in the United Kingdom on 2 December 2020
Verified Purchase
A good series of examples regarding the age of narcissism we are now in, nicely broken into several areas. Well written, serious with moments of humour.

Only criticism is the repetition and waffling that creeps in towards the end of the book where same points are repeated.

E L R
5.0 out of 5 stars scary but very awesome
Reviewed in the United Kingdom on 1 January 2019
Verified Purchase
A very well researched book, very scholarly, but experienced authors. V good.
Read more
Report abuse
See all reviews
Back to top
Get to Know Us
Make Money with Us
Let Us Help You
And don't forget:
© 1996-2021, Amazon.com, Inc. or its affiliates