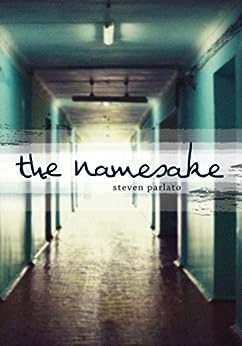 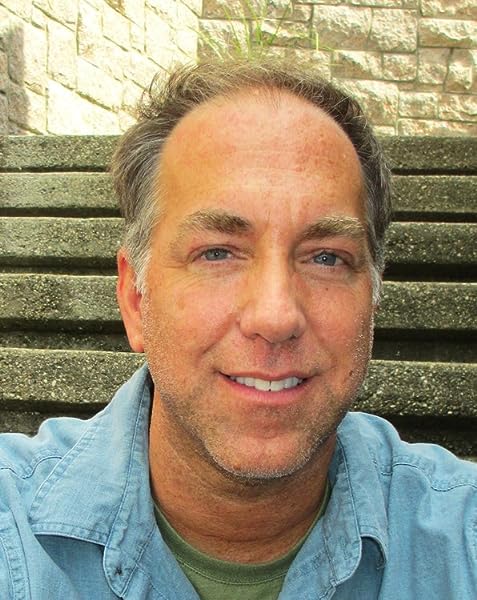 Award-winning author and poet, Steven Parlato, has work in Freshwater, Peregrine, and other journals. Upon the release of his YA debut, The Namesake, by Merit Press in 2013, Publishers Weekly called Parlato "a name to watch." A college English professor (with a giraffe-filled office), illustrator, and actor, Steven has played roles including the Scarecrow, Macbeth, and the Munchie Mania Guy in a Friendly's training film. He lives in Connecticut with his wife, two teens, and a Binks-like cockapoo. Follow Steven online at StevenParlato.com and on Twitter @ParlatoWrites. --This text refers to an out of print or unavailable edition of this title.

"The story is powerful, and the plot is well crafted . . . [a] thoughtful coming-of-age story." --School Library Journal "Parlato constructs an introspective debut about the aftershocks of family trauma. Evan's journey . . . is complex and solidly woven. Parlato's . . . ambitious, well-executed plot twists and nimbly handled cast make him a name to watch." --Publishers Weekly "Before his father killed himself, [Evan's] home life was pretty normal . . . Now there's a hole in that life that can't be filled or explained. Parlato's debut novel . . . is a painstaking dissection of a father's past and its reverberations in his son's life. A memorable, disturbing story, carefully wrought." --Kirkus Reviews "Steven Parlato's The Namesake is an emotionally stimulating young adult novel that delves into the powerful topic of abuse. Using dry wit, incredible similes and metaphors, and a very thought-provoking storyline, Parlato introduces the reader to an original and unforgiving exploration of the teenage psyche." --Blogcritics "Steven Parlato's The Namesake totally knocked me off my feet. This is the type of book that keeps you reading, especially if you enjoy dark humor. It's jarring to be sure, but well worth your time." --Hopelessly Devoted Bibliophile "The novel shapes up to be one of the best contemporary reads I have ever read. The further I got into the book, the more I became convinced that [the author] was a genius with his writing. The characters were all perfectly laid out. I was able to connect with each and every one of them." --The Subtle Chronicler --This text refers to an out of print or unavailable edition of this title.

SkyeBlue
5.0 out of 5 stars Dark, Powerful, Yet Uplifting
Reviewed in the United States on 28 March 2014
Verified Purchase
As everyone else has indicated in their reviews, this book deals with some seriously heavy subject matters. Reading it, I found myself having visceral reactions, forcing me to put the book aside and pause before I could continue -- but while this made reading The Namesake 'hard', it in no way made it 'bad'. Parlato does a beautiful job of showing the trauma's of his characters, and while I have seen some people, in their review, claim that he goes too far, or that the last thing teens need is another novel about abuse and suicide, I strongly disagree with them. Firstly, is is abundantly clear to the reader that Parlato has taken the utmost care in how he depicts these themes in his novel; they are disturbing, by their very nature, and verge on graphic, but they are never gratuitous. Secondly, the whole point of YA lit is to write something that young readers can relate to, even learn from: who are we to judge and say that a young adult -- or even a grown adult! -- will not pick up this novel and find some kind of catharsis? Also, having said that, the book is not purely one of pain, ending, in fact, on a rather uplifting note! As a Catholic I was initially concerned when reading and learning about the story of Evan's father's abuse, but Parlato is not writing an attack on the Church. It is clear, through the message of sustained Faith despite the sorrows and traumas, that the novel actually serves as a testament to the Evan's Belief, ending on a note of hope.
Very moving piece of literature.
Read more
2 people found this helpful
Report abuse

Evan Galloway, protagonist of the story, delves into the past to try to unravel why his father committed suicide. In the process he digs up not only painful family secrets but the sordid history of the high school he attends, St. Sebastian.

It's not always an easy story to read, Parlato's prose pulls us into realms we'd rather not admit exist. It is graphic but not explicit in its portrayal of sexual abuse. Just when we think we can't face anymore, Parlato pokes holes in the tension with a moment of Evan's sarcasm or the wit of his best friend, Alexis. And somehow, through it all, the author manages to write a story exposing the failings of those who serve the church without casting God as the villain. Instead, it is God's grace that ultimately triumphs.

Although this may be considered a YA novel, the expert weaving together of teen angst and family drama make this an excellent read for any age.
Read more
9 people found this helpful
Report abuse

Kindle Customer
5.0 out of 5 stars Illuminating Dark and Compassionate
Reviewed in the United States on 26 April 2013
Verified Purchase
Reading a book about suicide and sex abuse is not something I would normally pick up and read, but The Namesake by Steven Parlato was a breathtaking read. Dealing with the subject matter with compassion and even humor, the author had me hooked from the beginning. The book is one of those rare reads that had me thinking all day long, and then looking forward to the evening when I could once again read a few more chapters.

Characters are believable and rich. Although touted as a YA book, I found the story captivating, poignant and significant. In my mid sixties, I had no problem with the characters being young adults. In fact, I think "meeting" the characters as teens made them more authentic, as teens often express themselves better than their older counterparts. The story touched my heart as Parlato's words effectively related the surreal emotions of pain and anguish in a way that made me understand the emotional depth the characters were going through. The bittersweet ending of growth and survival - precluded by clusters of mystery with plenty of twists and turns - made me promise myself it deserved a second read. Isn't that what good authors do - touch your heart and allow you to feel and grow through their carefully crafted words? This is an awesome read; don't miss out!

CEastman
5.0 out of 5 stars The Namesake, compelling and beautiful
Reviewed in the United States on 22 September 2013
Verified Purchase
Full disclosure: Steven Parlato is a friend. In addition, I probably wouldn't have picked up a YA novel on my own without the motivation of supporting a friend's work. That said, I would recommend this book to anyone, young, adult or otherwise as this novel is one of the best books I've read in a long time.

Meet Evan Galloway, a teenage Everyman who does not disappoint as he brings the reader along on his journey. Evan's journey is fraught with disturbing disclosures and seemingly insurmountable odds, but he alternately evokes sympathy and admiration as he tackles each challenge alone or with his best friend, Aexis. Against my better judgement I peeked at some of the other reviews and many of them contain the warning that this is a "dark" book. It is. There are some dark and sometimes disturbing scenes which are difficult to get all the way through. But isn't life like that? This book is about Evan's life, at least a small part of it, and it chronicles in honesty and humor his passage through it.

Because I can't stop thinking about it (the mark of a book that's done its job) I think about how important it is to have a book like this available to the YA population. I work in education and do anti-bullying workshops so I know that kids out there struggle with a lot more than we as parents and adults want for them. A book like this, while "dark", has such a positive protagonist, I think it gives kids a strong model to look up to. Evan deals with the revelations of his father's life and choices as any kid would; sometimes with anger, sometimes with insight but always true to the nature of a young teen trying to make sense of his world.

I love this book. I am happy to have it to read again and recommend to others and I can't wait for Mr. Parlato's next book.
Read more
2 people found this helpful
Report abuse
See all reviews
Back to top
Get to Know Us
Make Money with Us
Let Us Help You
And don't forget:
© 1996-2021, Amazon.com, Inc. or its affiliates