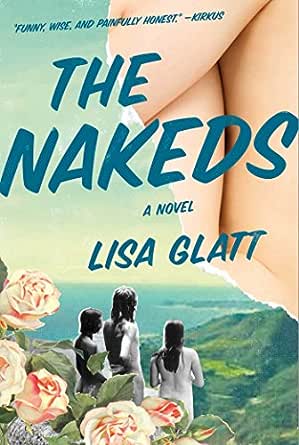 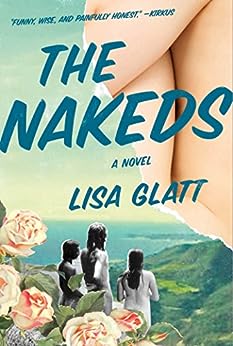 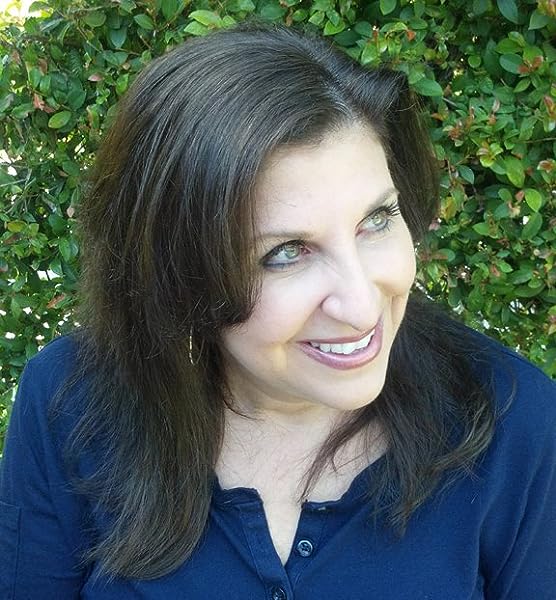 “Trust me: The Nakeds is a book you won’t want to put down. With humor, heart, intelligence and compassion, Lisa Glatt has written a powerfully absorbing novel about the most dark and complicated human truths. Her characters are so perceptively drawn I felt as if they were people I knew. Her portrait of southern California in the 1970s is so vivid I could practically feel that particular sun on my face. Her insights into how we love and forgive and deny and accept are so profound I felt changed by the time I read the final sentence. This is an unforgettable and spellbinding book by a writer of rare radiance.” (Cheryl Strayed, author of Wild)

“Lisa Glatt writes with incandescent ink: her novel emanates light. There is damage and heartache to be found in The Nakeds, yet every page is radiant with redemption, and every gorgeously human character embodies hope. This book will keep you up late at night, turning page after page, laughing aloud, palms sweating, heart in your mouth.” (Dylan Landis, author of Rainey Royal and Normal People Don’t Live Like This)

“The characters so finely etched and flawed and real, the scenes indelible as if burned into wood—this portrait of people trying to make it in southern California is one of the finest you’ll see.” (Susan Straight, National Book Award finalist, author of Highwire Moon)

“The Nakeds is a work of simple and lucid brilliance, and Lisa Glatt is a stunningly gifted writer. The world needs to know her. I think it soon will.” (Meghan Daum, author of The Unspeakable: And Other Subjects of Discussion)

“Throughout [The Nakeds], hope is as much a curse as it is a blessing, and in the end, Glatt doesn't shy away from this ambiguity. What she leaves her characters—and her readers—with is possibility. Funny, wise, and painfully honest.” (Kirkus)

“Glatt, a poet whose most recent novel was A Girl Becomes a Comma Like That, knows just how to peel away the pretensions of modern life. In the sunlight of her prose, everybody looks pink and vulnerable … This psychological drama slides along an electric wire of suspense …” (Ron Charles The Washington Post)

“Lisa Glatt has a developed quite the knack for tackling dark subject matter with an enthralling wit.” (Safa Jinje The Toronto Star)

“Glatt writes with clarity and heart about these four people, but equally compelling is her vivid portrait of Southern California in the 1970s. The Nakeds is as escapist as it is illuminating; as radiantly beautiful as it is painfully, shatteringly real.” (Caroline Goldstein Bustle)

“Glatt’s background in poetry is evident in the crisp vividness of her language.” (ELLE)

“Glatt has a light comic touch and a painfully honest gaze that will keep the reader engaged until the very end.” (Wayne Roylance BiblioFile)

A hit-and-run accident sends the lives of both driver and victim into unforeseen trajectories in a family drama set against the backdrop of the sexual revolution and 1970s California.

On the morning that Nina and Asher Teller's marriage falls apart in their Southern Californian kitchen, their young daughter, Hannah, is the victim of a hit-and-run accident that will leave her leg in a cast for much of the next decade. Nina's next husband introduces her to nudism and soon suggests they plunge further into the sexual revolution of the 1970s. Meanwhile, the remorseful driver, Martin, tries to bury his dark secret under the flashing lights and ringing bells of Las Vegas.

The Nakeds is an absorbing, darkly comical story of love and desire, of forgiveness and the unforgivable, and the truths we sometimes hide underneath our very own skin.
See all Product description
click to open popover

D.H.
4.0 out of 5 stars The Nakeds
29 July 2017 - Published on Amazon.com
Verified Purchase
I enjoyed this, but I think it could have been better. It was too short for a story that spanned a decade. Most of the book is told from up above, giving us an overview but not taking us down into the characters' lives often enough. When it did take us down, like Christy's post-pardum depression scene, for instance, it was very good. In those scenes, I felt like the author was showing rather than just telling what was going on, unlike in the majority of the novel. The biggest missing scene for me was Nina's first visit to the nudist resort. There were quite a few chapters from her point of view, and we were told that she so looked forward to her visits to the nudist resort that it was an important part of her life. It seems to me that a detailed scene of her first visit, her initial thoughts and reactions, and why she loved it so much, would have enhanced the reading experience. Instead, the first time we readers are shown the resort rather than just told about it, is Hannah's first visit, and we only feel her awkwardness and discomfort.

That being said, I did enjoy reading The Nakeds. I felt for the characters, especially Martin's self-loathing, Nina's frustrations, and Hannah's struggles. The ending felt real, like the characters were driving the action rather than being manipulated by an author. I also liked that we are not told exactly what Martin does when he recognizes Hannah. Does he talk to her? Does he apologize? Does he not say anything? Does he, in his silence, comp their meal, leaving them all to wonder why? I can imagine what he did do, and I like my own take on it rather than being told exactly what did happen.
Read more

LLD
5.0 out of 5 stars The Nakeds is wonderful! I couldn't put it down
12 June 2015 - Published on Amazon.com
Verified Purchase
The Nakeds is wonderful! I couldn't put it down!! The novel alternates effortlessly between being incredibly funny and emotionally poignant. The story is driven by the characters. Lisa Glatt puts us in their heads and makes us understand why they do what they do, even when their actions seem inexplicable and impossible to understand. The book succeeds because Glatt is a master of characterization. Her characters in this book are complex and finely drawn; they are flawed, certainly, but their flaws are always in proportion, never grotesque or caricatured. Indeed, it's their flaws that make the characters both interesting and relatable. I found myself relating--at one point or another--to all of the characters, even the ones I didn't like very much. I've only been done with the book for a few hours and I already miss them all terribly! The Nakeds is one of those rare books that is equal parts entertaining (an honest-to-god page turner) and smart! It does exactly what fiction is supposed to do--it entertains us and makes us more empathetic. Do yourself a favor and read this book!!
Read more
6 people found this helpful

George K. Hanson
2.0 out of 5 stars Yawn...
24 April 2016 - Published on Amazon.com
Verified Purchase
I waited a while to write this review. I was unsure whether I wanted to finish the book because I found the characters unsympathetic and poorly developed. I did finish, but I felt it a waste of time. It also did not give a good sense of the era in which it took place. On an up note, the editing was ok. I say this because there are so many books out there now with very poor editing. Yawn...
Read more

AvidReader76
5.0 out of 5 stars like her others
26 August 2015 - Published on Amazon.com
Verified Purchase
Lisa Glatt is an American treasure. This book, like her others, moves into heart space and lives there long after you've read the last page. It's a poignant story told with an honest voice, and remarkable talent for never under underestimating her readers.
Read more
2 people found this helpful

Robert R. Grantham
2.0 out of 5 stars Not for me
4 May 2018 - Published on Amazon.com
Verified Purchase
This was not a can not put it down kind of book for me. Kept thinking it would get better.
Read more
Go to Amazon.com to see all 43 reviews 3.7 out of 5 stars
Get FREE delivery with Amazon Prime
Prime members enjoy FREE Delivery and exclusive access to movies, TV shows, music, Kindle e-books, Twitch Prime, and more.
> Get Started
Back to top
Get to Know Us
Make Money with Us
Let Us Help You
And don't forget:
© 1996-2020, Amazon.com, Inc. or its affiliates