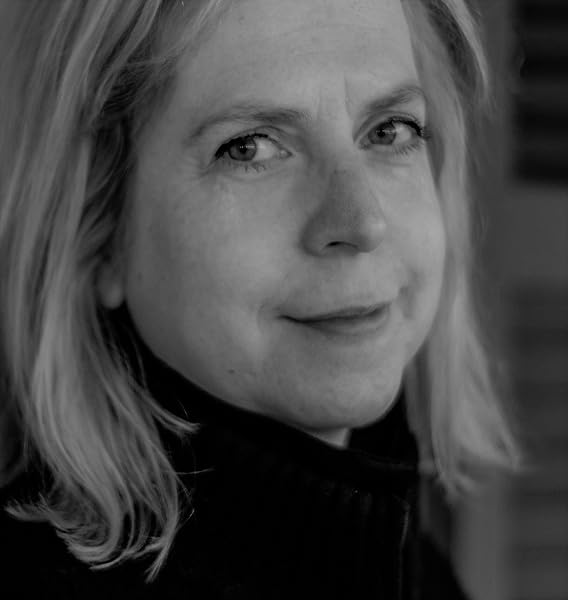 by Carrie Hayes (Author)
4.6 out of 5 stars 32 ratings
See all formats and editions
Sorry, there was a problem loading this page. Try again.

"Hayes writes with such care and authenticity, that the reader will likely be unsure where the history ends and the fiction begins." - Kirkus Reviews

Carrie Hayes was born in New York City and grew up around journalists, idealists and rule breaking women.
Start reading Naked Truth: Or Equality, The Forbidden Fruit: A Novel on your Kindle in under a minute.

Carrie Hayes was born in New York City. She comes to writing as a result of the joy and passion derived from being a lifelong, avid reader. Carrie resides in New Jersey with her family. Naked Truth is her first book.

Bookaholic
5.0 out of 5 stars Amazing story, absorbing read
Reviewed in the United Kingdom on 1 March 2020
Verified Purchase
I loved this book, it covers the real (albeit fictionalized) story of two sisters in post civil war America that made it nyc to make their fortune using their wits alone. The writing is captivating and really depicts the era, the heroines are the engaging ... there’s also all these newspaper clippings from the time throughout the book and I couldn’t believe how crazy the true parts of the story are! Thoroughly recommend it for your next read!
Read more
Report abuse

Varying Seam
5.0 out of 5 stars amazingly rich and deeply textured
Reviewed in the United Kingdom on 31 October 2020
Verified Purchase
What is it that they say about truth being stranger than fiction?
A fascinating read that sheds light on an important part of American and feminist history. The author manages to tell this story in an amazingly rich and deeply textured way. Buckle up because you are in for a rollicking good romp!

LeNoir
5.0 out of 5 stars Excellent history-as-fiction novel about two fascinating women.
Reviewed in the United States on 19 April 2020
Verified Purchase
This is an amazing novel. I will call it history-as-fiction since most of it is historically accurate or well-rooted in historical fact, but what a glorious job Carrie Hayes does with her facts. Compelling, riveting, enthralling—okay, I am gushing, but this is a truly wonderful book set in the post-Civil War era.

The novel contains many names and events we might remember from our history books—President Grant, Cornelius Vanderbilt, Frederick Douglas, etc. Yet, the focus is on two ahead-of-their-times real historical sisters: Tennessee Claflin and Victoria Woodhull. Together, they opened the first female brokerage firm in NYC, ran a progressive newspaper, advocated for women’s voting rights and free love, and Victoria ran for president in 1872 (well before women could vote) with Frederick Douglas as her VP, making them the first female/black presidential ticket. Each sister had a tumultuous love life and several marriages and affairs between them. The novel also does not shy away from some of their shady practices, but one can’t help but cheer for the sisters—or at least be fascinated by them.

The backstories of the sisters’ childhood is heartbreaking, but they transcend a snake-oil conman father and an illiterate religious fanatic mother and abject poverty to become powerful women in their own right.

Hayes excels in her rich prose and crafts a fast-paced, wickedly entertaining book, which is also educational. Filled with descriptive details that put the reader right in the story, and delightful phrasing, this book is an amazing read.

As I was curious to see how much was fact, I did some research, and Carrie Hayes’ own research appears impeccable. Just an excellent book and I am glad I found it.

Joel Epstein
5.0 out of 5 stars An important book
Reviewed in the United States on 6 July 2020
Verified Purchase
"Naked Truth" by Carrie Hayes, is not simply a good book; it is an important book. Important because it shows the historical roots of corruption, hypocrisy, bigotry and misogyny that are at the heart of the American ethos. When our current president says "Make America Great Again", this is what he means: a return to the time and place of this book, antebellum New York, when megarich Robber Barons could reap millions with stock scams that left others impoverished, where the moneyed class could rape children with impunity, where the most upright preachers of chastity and sexual purity were privately living lives of drunkenness and degeneracy.

"Naked Truth" tells the story of sisters Tennessee Claflin and Victoria Woodhull, daughters of a family of con artists, who rose to lead the suffragette and women's rights movement in America after the Civil War. Victoria made a run for president, even though she herself was banned from voting; Tennessee stood for Congress. The story of these two is riveting, masterfully told by Ms. Hayes, and meticulously researched. The wealth of description and the exquisite detail bring to life this age of gilded glitter and grinding misery. The book is historical fiction, but Ms. Hayes stays remarkably close to the historical record. The story itself - the antecedents of the American feminist movement - is an important chapter in American history that deserves retelling. But beyond that, the portrayal of an era where corruption was rife and duplicity was the norm, shows us the roots of America's moral character.

The truth is that I grew up in an era, starting with the Vietnam war and the impeachment of President Nixon, that knew a clear, if halting, march toward a better society; one where civil and human rights were given a fledgling place in our body politic, where government increasingly saw its role as reining in the excesses of the military industrial complex, where the rights of women and people of color were beginning to be respected. In the last four years, we saw that progress crumble like a sand castle in a wave. And "Naked Truth" reminds us that this crumbling is simply a return to our roots.

I'm sorry if this review is so negative. But not about the book. It's a great book. Read it.

Joel Epstein, author of "The Language of the Heart" https://www.amazon.com/Language-Heart-musical-fantastical-journey-ebook/dp/B07S6BRVYM

Katya
5.0 out of 5 stars A fun but thought-provoking read
Reviewed in the United States on 9 April 2020
Verified Purchase
I tore through this book at a break-neck speed, thanks to its provocative themes and entertaining style. But this book is much more than a good read. The author has chosen female characters and setting in such a way as to explore the very nature of boundaries and limitations in all aspects of society: social, political, and sexual.

Here is a quote that I found both insightful and exemplary of the writing. Tennessee says, “I do not consider divorce evil by any means. It is just as much a refuge for women married to brutal men as Canada was to the slaves of brutal masters.” This quote demonstrates the rich nature of the writing because it advances both the characterization and the placement of the character within the colorful tapestry of the times portrayed.

I’m writing this review after my second reading of this novel, but it surely won’t be my last. I highly recommend.
Read more
One person found this helpful
Report abuse
See all reviews
Back to top
Get to Know Us
Make Money with Us
Let Us Help You
And don't forget:
© 1996-2021, Amazon.com, Inc. or its affiliates