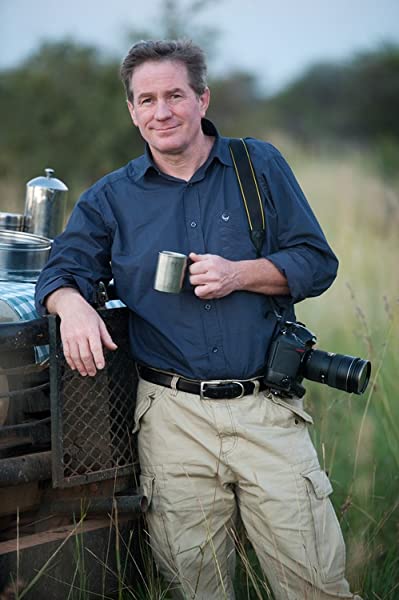 "This is one of the most scientifically important--and artistically brilliant--books ever. I don't know of any other book that has such power. You cannot see these sensitive portraits of the diversity of animals living on Planet Earth and not be entranced. And moved. And inspired to do all you can to ensure they stay with us. Joel Sartore is an ambassador extraordinaire for the beleaguered animals of our planet and should receive a Nobel Prize. No one can look at these sensitive portraits of the incredible animal beings and not be amazed and inspired to do all in our power to preserve them--all of them, all the complex tapestry of life--for our children and theirs. I can think of no other book with such a compelling message: We must each do all that we can to preserve these incredible beings--all of them. And we must act now, or it will be too late for most of them."--Jane Goodall "Joel Sartore's The Photo Ark is a magnificent, awe-inspiring, encyclopedic, and forward-looking book. It surely will be game-changer for getting people to connect or to reconnect with other animals and the various landscapes that serve as their homes--to 'rewild' their heart--and to become deeply re-enchanted with the remarkable, fascinating, and diverse beings with whom we share our wondrous planet. I shall share it widely with a broad audience, including youngsters, who are the ambassadors for our and other animals' future. I hope this spectacular work of art enjoys a global audience, and I honestly don't see how it won't. It is that good."--Marc Bekoff "We owe it to these animals, as they struggle for survival on a human-dominated planet, to look them in the eye. Joel Sartore's awestruck and awe-inspiring photos make that an experience of deep heart and beauty."--David Quammen "We love them. We are exterminating them. We have no idea most of them even exist. Every painting of Noah's Ark shows those familiar few animals we all agree seem worthy of salvation. Elephants, giraffes...but every one of them--and most others on Earth--are in fact in mortal danger now. Their flood is us. Yet when expecting new human life we paint animals on our nursery walls. We don't paint computers or work cubicles. We paint animals, our subconscious, hope-filled wish to greet our unborn child by saying, 'Welcome into this life-filled world. We are not alone. We have wondrous company.' It's time we met those splendid souls with whom we are failing to share our planet, whom we are annihilating. Joel Sartore's stunning images are powerful enough to make us all ask and answer the question: 'What will I do?'" -- Carl Safina, author of Beyond Words; What Animals Think and Feel

JOEL SARTORE is a photographer, speaker, author, teacher, and a 25-year contributor to National Geographic magazine as well as Audubon, Geo, Time, Life, Newsweek, and Sports Illustrated. He has written several books including National Geographic's Rare: Portraits of America's Endangered Species, Photographing Your Family, and Let's Be Reasonable, a collection of essays from the CBS Sunday Morning show. Sartore and his work have been the subjects of several national broadcasts, including the National Geographic Channel's Explorer, the NBC Nightly News, NPR's Weekend Edition, and an hour-long PBS documentary, At Close Range. He is also a contributor on the CBS Sunday Morning Show with Charles Osgood.HARRISON FORD is an American actor and film producer. He gained worldwide fame for his starring roles as Han Solo in the original Star Wars epic space opera trilogy and the title character of the Indiana Jones film series.DOUGLAS CHADWICK has reported on wildlife around the world, from right whales in the subantarctic to snow leopards in the Himalayas, producing close to 50 articles for National Geographic magazine. He has written 13 books about wildlife and conservation, including several focused on the Rocky Mountains.

4.9 out of 5 stars
4.9 out of 5
3,844 global ratings
How are ratings calculated?
To calculate the overall star rating and percentage breakdown by star, we don’t use a simple average. Instead, our system considers things like how recent a review is and if the reviewer bought the item on Amazon. It also analyses reviews to verify trustworthiness.

Cathy
4.0 out of 5 stars A gloriously presented book
Reviewed in the United Kingdom on 23 May 2019
Verified Purchase
So if it is a gloriously presented book, why am I sending back? It's too big and heavy, and the images take up whole pages - or even 2. I thought it would provide inspiration for artwork - sketching and etchings. The images are to 'perfect' for this. Also, if I had been keeping it I would have found it very irritating not be able to find images of a....... because they are arranged by a particular photographic feature - great for it being a coffee table book - one you thumb through, not look for something in particular. If you have a coffee table you want to put something beautiful on, this the book for you!
Read more
4 people found this helpful
Report abuse

Sue Balmer
5.0 out of 5 stars Amazing book just beautiful
Reviewed in the United Kingdom on 7 January 2021
Verified Purchase
This book is absolutely amazing for the price, the photos are stunning and the book is so well made.
It’s Fantastic my grandson will love this book for his 5th birthday because the detail is superb, he is autistic and loves detail.
I think I will love it as well.
Read more
One person found this helpful
Report abuse

Mark Coker
5.0 out of 5 stars Best animal photobook out there.
Reviewed in the United Kingdom on 6 September 2017
Verified Purchase
My 9 year old thinks this a truly amazing book. I will be looking out for future volumes. We especially love the way the photographer has laid out similar but different animals on opposite pages as comparison.
Read more
5 people found this helpful
Report abuse

Dominic F. Laniewicz
5.0 out of 5 stars A very important work of art and enviromental literature.
Reviewed in the United Kingdom on 21 January 2020
Verified Purchase
Joel Sartore is an exceptional photographer and spokesperson for our fellow creatures on this planet. His work is very important, in than many of the animals he photographs may not survive this century. We will only have the memories and photographs that he so wisely has dedicated himself to document for future generations.
Read more
2 people found this helpful
Report abuse

alex d.
5.0 out of 5 stars Fantastic
Reviewed in the United Kingdom on 17 May 2020
Verified Purchase
The most beautiful and amazing book. Loved by both the adults and the children who have looked through it!
Read more
2 people found this helpful
Report abuse
See all reviews
Back to top
Get to Know Us
Make Money with Us
Let Us Help You
And don't forget:
© 1996-2021, Amazon.com, Inc. or its affiliates