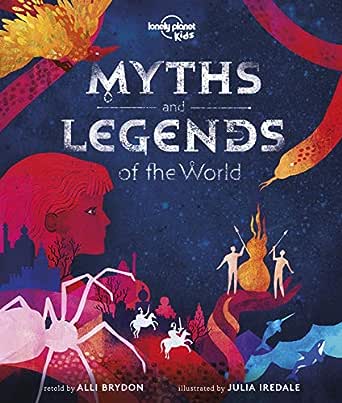 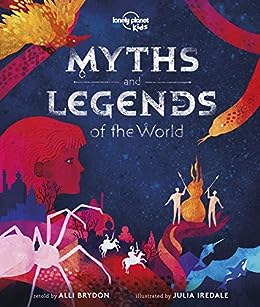 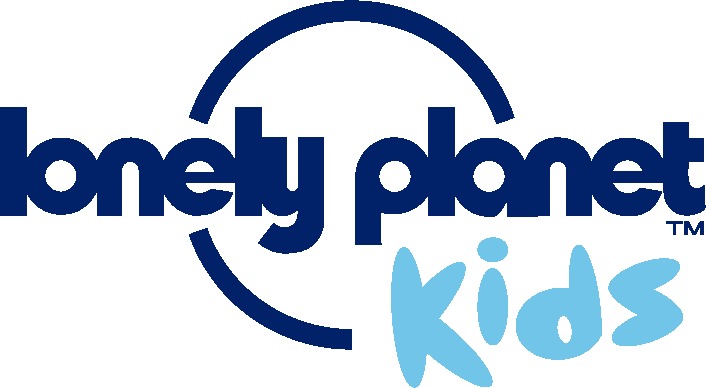 Bold reader - open your mystical map and get ready to travel through time with 21 dazzling stories of daring and deceit, reward and punishment. Meet gods, goddesses and demigods, serpents, coyotes, talking fish and clever spiders, and cavort with sea nymphs, mystical women, terrifying beasts and volcano people - as you discover different tales of how the world began.

These powerful, fascinating myths and legends will transport you to every corner of the globe. You'll journey from ancient to modern times, from hot climates to freezing temperatures, from mountaintops to seafloors.

The stories in this book link you to past generations; these tales have been passed down through a long line of oral traditions. The souls of ancestors, the lives of heroes and the fates of mortals are waiting to be discovered.

Myths and legends are retold by Alli Brydon and beautifully illustrated by Julia Iredale.

Myths from Africa include:

Myths from Europe include:

Myths from Asia include:

Myths of Oceania include:

Myths of the Americas include:

Myths from the Arctic include:

About Lonely Planet Kids: Lonely Planet Kids - an imprint of the world's leading travel authority Lonely Planet - published its first book in 2011. Over the past 45 years, Lonely Planet has grown a dedicated global community of travellers, many of whom are now sharing a passion for exploration with their children. Lonely Planet Kids educates and encourages young readers at home and in school to learn about the world with engaging books on culture, sociology, geography, nature, history, space and more. We want to inspire the next generation of global citizens and help kids and their parents to approach life in a way that makes every day an adventure. Come explore!

Important Notice: The digital edition of this book may not contain all of the images found in the physical edition.

DeadlyHausfrau
5.0 out of 5 stars Great book for kids interested in world myths
4 January 2020 - Published on Amazon.com
Verified Purchase
I bought this for my pre-teen nephew who's into mythology. The art is beautiful- not too childish but also still holding his attention. There's a good mix of myths, too, and he hasn't heard of many of them.

This was definitely a good buy.

Jonathan and Ashley
5.0 out of 5 stars >xcellent selection of stories from around the world, but kind of violent. Lovely illustrations. K
1 December 2019 - Published on Amazon.com
Vine Customer Review of Free Product( What's this? )
This is a great book with myths and legends from diverse cultures around the world. There are tales from Africa, Europe, Asia, the Arctic, Oceania, and the Americas. The stories are equally spread out pretty well with the most being from the Americas (6) but that encompasses North, Central, and South America and the least being from Oceania and the Arctic. Asia only has 3--one from South Asia (India, one from East Asia (China), and one from Southeast Asia (Indonesia)--that is the biggest surprise to me, given that Asia is the largest continent with very diverse cultures and peoples living in it. But, I suppose the book has limitations, so I think, in general, it does a good job of being inclusive.

The book is primarily text based, with complimentary illustrations. It is not a picture book. The stories are all multiple pages of mainly text. I would say it is best for 4th grade and up, but perhaps younger children would have the patience to have it read to them. The stories aren't too long. They are a great mixture of founding myths (the origins of fire, the creation of the world) and other stories about the origins of deities (Ganesh or Sedna the goddess of the ocean) and conflicts between humans and otherworldly beings. Some of the stories are quite violent and scary, so probably not great for young kids, but they are very engaging stories and the accompanying illustration are lovely.

Overall, I really enjoy this book. I got it for my son, who is a little young for this book (he's only 4), but I think it will be great when he is older. I read a couple stories for him, but try to stay away from the more violent ones. I really like that there is a little map at the beginning of each story showing where in the world it originates from and what from tribe or people the stories come. It doesn't just say the story is from Africa or even Cameroon (for example) but from "the Beba people of Cameroon." That's a great way to teach kids about the different people in the world. I highly recommend it.

Katherine M.
5.0 out of 5 stars Wonderful collection of stories from around the world with maps.
4 November 2019 - Published on Amazon.com
Vine Customer Review of Free Product( What's this? )
This is a wonderful book with myths from around the world. My kids love stories from other cultures so I have read them a lot of different versions from around the world but this book is still full of ones we had never heard of so it has a lot of unique content. I love how it is organized by location. Each region has an introduction and each story has a map showing where the story originates which I really love so that kids can really understand where in the world these stories are from. About twice as many stories are from The Americas section which adds a variety often missing from other similar collections. The font is large with a lot of spacing so it would be an easier read for young readers except there are a lot of complicated names which could be intimidating. There are lots of pictures throughout the book and with its large size it would be easy for kids to look at while this book is read aloud.
Read more

R. ODonnell
4.0 out of 5 stars Colorful and well written
25 October 2019 - Published on Amazon.com
Vine Customer Review of Free Product( What's this? )
DISCLAIMER: This book arrived in a soft pouch and had a very prominent bend to it along with damaged corners making it un-giftable. MY REVIEW IS NOT BASED ON THIS AND NO WEIGHT IS GIVEN TOWARD THIS. Shipper should perhaps consider a box next time.

REVIEW:
I was pleased with this book when it arrived. Beautifully printed and colorful in hardbound. This book is age appropriate for fourth grade and up. I enjoyed reading it myself. It is easy to read without being condescending. Numerous tales of mythology from around the world - not just from Greek or Roman lore. The illustrations are colorful and would appeal, I feel, to children of any age, myself included.

I can't give five stars for this book because I have seen some that are just a bit better. So 4½ stars from me.

Recommended for your book loving child. Or yourself!
Read more
One person found this helpful

Anne
5.0 out of 5 stars Lovely Children's Myth and Legends book!
23 October 2019 - Published on Amazon.com
Vine Customer Review of Free Product( What's this? )
I enjoyed reading this book with a collection of myths and legends from around the world in it. It was a light, fun, interesting and educational read. It's especially well suited to children 8 or 9 yrs old and up and a great starting place for those who are interested in finding out more about some of the Myths and Legends from around the world.
It has beautiful, quality artwork and pictures in it to go along with the stories and it's an entertaining read.

It has stories in it from all parts of the world that have been passed down by others telling the stories throughout villages and places all over. A lot of the stories are well known, but there are a few that were new to me and I was excited to learn about them.

If you are someone who enjoys and looks for beautiful illustrations in books and wonderful collections of Myths and Legends or has young children then I would highly recommend this book.
Read more

Go to Amazon.com to see all 10 reviews 4.7 out of 5 stars
Get FREE delivery with Amazon Prime
Prime members enjoy FREE Delivery and exclusive access to movies, TV shows, music, Kindle e-books, Twitch Prime, and more.
> Get Started
Back to top
Get to Know Us
Make Money with Us
Let Us Help You
And don't forget:
© 1996-2020, Amazon.com, Inc. or its affiliates