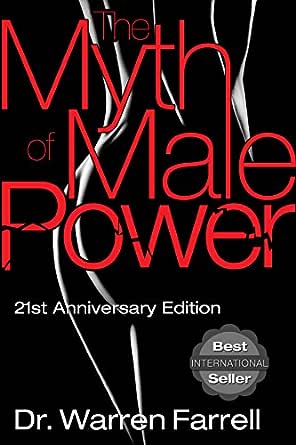 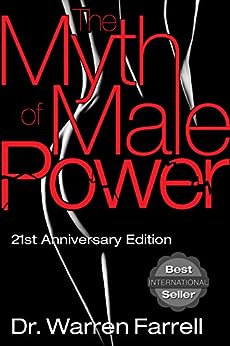 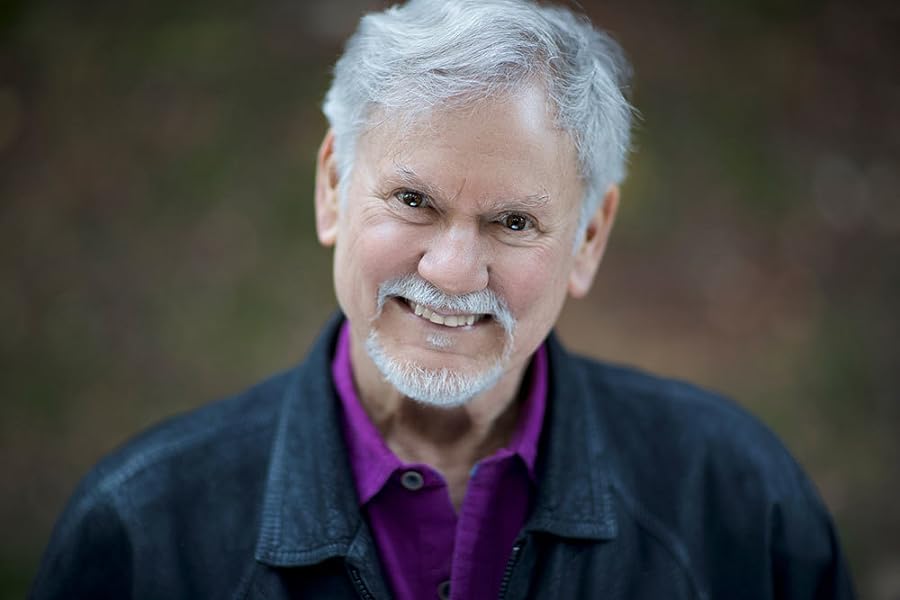 'The book should have a place on the shelves of every institution purporting to teach management. The studies contained in the book each require considerable critical reflection, and are aimed at those with a deep interest in organization theory rather than the student concerned to obtain the minimum knowledge required to pass a professional examination in the subject. The specialists will refer to this book again and again' - British Journal of Administrative Management

Warren Farrell, Ph.D., is the author of Women Can't Hear What Men Don't Say and The Myth of Male Power. Dr. Farrell taught at the School of Medicine of the University of California in San Diego, and has taught psychology, sociology, and political science at Georgetown, Rutgers, and Brooklyn College. He is the only man elected three times to the board of N.O.W. in New York City. He lives in Encinitas, California.

AJ
5.0 out of 5 stars A book of remarkable depth and an anthropological tour de force.
Reviewed in Australia on 21 January 2018
Farrell's deep sympathies for feminist philosophy and an appreciation for modern-day male issues have produced a human and well-rounded book. It is a global look at various civilizations' inclinations towards patriarchies and limiting women's agency. At the heart of the book is a fascinating framework for the 21st century. It is a simple framework but nuanced enough that it has escaped the collective psyche. It is also an empathetic framework that can help untangle presently misunderstood ideals of masculinity.

For eons humanity has struggled to survive against the forces of nature. Survival was the name of the game and it forced both sexes into rigid roles. Men of providers, for they could risk death without jeopardising a society's future, and women as nurturers for society couldn't risk their death at any cost. Whilst feminism freed women from their straight jacket of gender roles, men have gotten more of the same. The copious male CEOs, politicians, rockstars etc. have walked down the only road society presents men to attain happiness, respect and dignity.
Read more
One person found this helpful
Helpful
Comment Report abuse

Neal Ames
4.0 out of 5 stars An Expose of Male Challenges
Reviewed in Australia on 28 January 2020
The book does a good job of highlighting the issues and challenges that men face, not just in the modern world but also that men face from an evolutionary biology perspective. However, its solutions are idealistic, and unrealistic, and the fact that the solutions have not materialised has proven that. I imagine that the female readership of this book, and others like it, would be very low.
Read more
Helpful
Comment Report abuse
See all reviews from Australia

Alex
5.0 out of 5 stars Landmark Study, Written in the 90's but even more relevant today.
Reviewed in the United Kingdom on 18 August 2018
Verified Purchase
Probably the most rational book on the topic of gender relations, similarities and differences ever written. Farrell goes to great length disarming irrational feminists and gives an honest, unbiased account of 'How men freed women but forgot to free themselves'. Farrell is a gentleman and a scholar 10/10
Read more
2 people found this helpful
Helpful
Sending feedback...
Thank you for your feedback.
Sorry, we failed to record your vote. Please try again
Report abuse

emo
4.0 out of 5 stars An important text for every MGTOW or MRA.
Reviewed in the United Kingdom on 19 October 2016
Verified Purchase
Farrel's classic text is more readable than many of the tomes that discuss gender politics. It is also the, perhaps unacknowledged, forefather of the latest wave in Men's Rights. The themes of The Disposable Male and of Hypergamy had their original theorisation here. An important text for every MGTOW or MRA or for that matter any woman who wants to understand the blind spots within the feminist project, and the growing separation between the sexes.
Read more
Helpful
Sending feedback...
Thank you for your feedback.
Sorry, we failed to record your vote. Please try again
Report abuse

Peter Neary-Chaplin
4.0 out of 5 stars Recommended
Reviewed in the United Kingdom on 6 August 2017
Verified Purchase
A great riposte to claims of male privilege. Would have liked some UK stats, but US stats are persuasive enough.
Read more
4 people found this helpful
Helpful
Sending feedback...
Thank you for your feedback.
Sorry, we failed to record your vote. Please try again
Report abuse

A. B C.
5.0 out of 5 stars After 20 pages you know this book is special
Reviewed in the United Kingdom on 16 February 2014
Verified Purchase
Why it took me so long to getting around to reading this I do not know.
If anyone cares about society and how it is being manipulated in the name of "caring for victims" to enact insidious and unjust laws then this needs to be on their reading bucket list.
Read more
2 people found this helpful
Helpful
Sending feedback...
Thank you for your feedback.
Sorry, we failed to record your vote. Please try again
Report abuse
Load more international reviews

Gaurav Satle
5.0 out of 5 stars Amazing! Highly Recommended!
Reviewed in India on 7 September 2018
Verified Purchase
We don't talk about men or see things from a point of view that works in favour of "men", do we? In fact, all our conditioning & thought process is developed and formed in a way that burdens men with responsibilities and we think men are born & brought up as powerful beings. But is it really so? This book brings on a fresh perspective to the way we think and see the world. Highly recommended for students and people who want to accept new ideas and develop new thought process!
Read more
3 people found this helpful
Helpful
Sending feedback...
Thank you for your feedback.
Sorry, we failed to record your vote. Please try again
Report abuse

crescendo63
5.0 out of 5 stars An essential read for any thinking male
Reviewed in Italy on 18 November 2018
Verified Purchase
Before reading this book, I had a vague feeling that some feminist position was unfounded and men weren't as privileged as they said.
But when reading it, I had a true revelation:
- I saw that many feminist myths are highly unfounded (the wage gap, among many)
- I realized women (in the Western world) are on average more privileged that men (sometimes way more)
- I discovered the many ailments that trouble many men, and most people simply ignore (men included)
- And I realized how deeply men, through the centuries and still today, have been considered "disposable" and have been "used" for the welfare of society in general, and women in particular.

In the end, I realized more than ever how much we need a truly egalitarian approach in our society (an egalitarism that has been neglected for decades by many feminists).
Without that approach, men and women will both keep struggling for power, and we will keep suffering because of that.

If you're a man (or a woman) and you feel something is wrong with the world and the relationships between the sexes, you owe yourself this read. Everything will become much clearer after.
Read more
One person found this helpful
Helpful
Sending feedback...
Thank you for your feedback.
Sorry, we failed to record your vote. Please try again
Report abuse
Load more international reviews

Richard Schwindt
5.0 out of 5 stars Thoughtful and well reasoned
Reviewed in Canada on 8 June 2015
Verified Purchase
One of my teachers said that we are all innovators or imitators; with most of us falling in the last category. Farrell was a feminist acolyte who started to raise serious and thoughtful questions about the orthodoxy of the movement. While he was vilified at the time he was still able to raise critical questions about assumptions that were being made about men, women and society. This is a reasoned book, free of the harsh hyperbole characterizing the larger debate today. Well worth a look for those who have a serious interest in understanding the struggles of men.
Read more
Helpful
Sending feedback...
Thank you for your feedback.
Sorry, we failed to record your vote. Please try again
Report abuse

Robert Samery
5.0 out of 5 stars Eye opening and a must read for all feminists and egalitarians
Reviewed in Canada on 20 May 2013
Verified Purchase
If you thought you were on the right path to being a progressive, open and fair minded individual and felt that the way to balance the power struggles between powerful men and oppressed women, read this eye opener.

Warren Farrell does an awesome job in explaining a current hypothesis and then arguing how it is absolutely ill-conceived. He uses facts and figures, reason and research.

I can open this book at almost any page and before I finish the page will understand the topic and find a new way of viewing the relationship between men and women.
Read more
3 people found this helpful
Helpful
Sending feedback...
Thank you for your feedback.
Sorry, we failed to record your vote. Please try again
Report abuse

Buzziko
5.0 out of 5 stars Do yourself a favor: read this book!
Reviewed in Italy on 5 November 2018
Verified Purchase
That's an amazing book every man (and woman) should read. It really helps understanding what's happening (and what's happened) with feminism and gymnocentrism in our society. We need to understand it if we want to hope for a better future.
Read more
Helpful
Sending feedback...
Thank you for your feedback.
Sorry, we failed to record your vote. Please try again
Report abuse