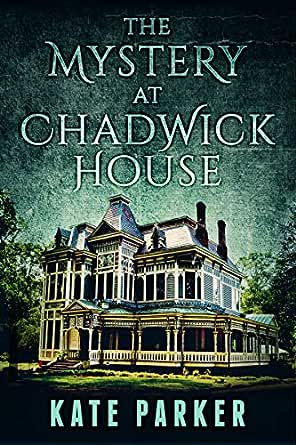 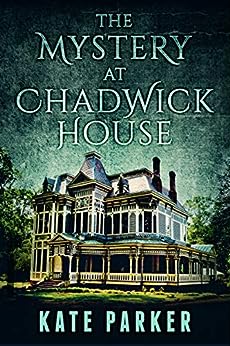 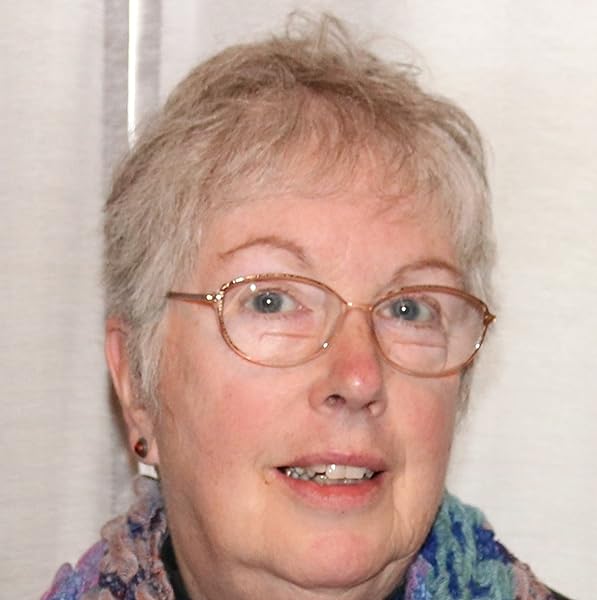 Old houses hide old secrets.
When Emma Winter agrees to help her childhood friend renovate her dreamhouse, she doesn't expect electrical shorts, flying ladders, and frightened workmen. All of that can be explained. An attraction to an enigma can't.
Adam Chadwick is the biggest puzzle of all. He's a stranger in town, and he won't tell Emma about his past. Is he behind the attacks at the old Victorian mansion? Or is something more sinister happening?
"...a pleasant summer read, and it delivered..." Irene G Marrs
"Read it one summer evening and was sorry to see it end. Love the characters, fast moving and interesting." Amazon customer

Linda Clawson
5.0 out of 5 stars The Mystery at Chadwick House - A Good Read
18 March 2019 - Published on Amazon.com
Verified Purchase
The Mystery at Chadwick House is a book that grabs your attention at the very beginning and hangs on until the very end. The characters are believable (for a paranormal romance mystery) and interesting. Most strongly though is the writing of the authoress. The way she handled the plot, the actions of the characters and the overall word usage and style of writing was comfortable and natural. I had not read a book by this authoress before but shall be looking for more now.
Read more
10 people found this helpful

Cavalleygramma
4.0 out of 5 stars Good Story Line
24 March 2019 - Published on Amazon.com
Verified Purchase
I actually liked the book as a whole. I just got a little tired of the home owner breaking into tears at every obstacle or calling our heroine and demanding she get over to the HOUSE. That was annoying. Supposedly they were best friends and best friends don't treat each other like that. In some parts the book went along smoothy, in other parts it chattered over itself. I really expect better of Kate Parker.
Read more
5 people found this helpful

Gail
5.0 out of 5 stars Such a page turner!
1 May 2019 - Published on Amazon.com
Verified Purchase
So before you read this review there may be some spoilers in it! I tried not to give away anything, but I think I did in some parts. I hope not!! I did love this book so much I read it straight through, not stopped except for nature!😊 This was such a fast book to read! One turned page after another. The ending was both sorrow and sweet. Kind of like what is said as being bittersweet. The mallivelent spirit that haunted the glorious old house was not going to leave, how could they restore the house of Bev's dreams if everyone was continuing to be hurt? When the last exorcism sent the parishioners flying through the air, injuring the the head minister severely Bev and Emma were beside themselves as to what their options were. Adam the brother of the evil presence couldn't help either. He was able to go in and his evil twin couldn't come out. Maybe next more try and exorcism will work, only the Lord knew! I don't think the Reverend was a big believer in the presence of evil spirits until this one gave him what for. He'll be a believer from now on for sure! Emma knew though, from the first day it tried to kill her. Then Adam was there telling her the history of the house. Then the historical society forbade the tearing down of a barn cum she'd that had more holes in it than Swiss cheese. That's where historically a murder took place in 1902 of twin brothers. One killing the other. The one killed named Adam, the one living died of blood poisoning not many weeks after from being stuck with a rusty hay fork. It was called lock jaw. So he died in the house and never left! I was kind of hoping she might get to liking Sargent Randall,whom she grew up with, Emma that is. Of course she was falling in love with Adam, who really had become to fall for her. How was he supposed to love her being dead for so long. Except as he said God finds a way for things. I still like Sergeant Randell also! Even if he was a bit of an ass at times. He seemed he really liked her, just her part of what he'd become as he got older is what you can go on with his macho attitude. Hope I didn't give allot away! It was a great book! I hope there are more about Emma & Adam! Maybe some how they'll have a future someday.
Read more

Dorothy Terry's
5.0 out of 5 stars A good book
18 March 2019 - Published on Amazon.com
Verified Purchase
I liked this book although I don't usually read paranormal books. I probably would not have started it if i had known what it was i.prefer the deadly series and the milliner series
Read more
3 people found this helpful

Connie Sue 1
5.0 out of 5 stars I enjoyed this story
7 April 2019 - Published on Amazon.com
Verified Purchase
I seldom read ghost stories but since I like this author I decided to give it a try. It was a good read.
Read more
3 people found this helpful
Go to Amazon.com to see all 18 reviews 4.0 out of 5 stars
Get FREE delivery with Amazon Prime
Prime members enjoy FREE Delivery and exclusive access to movies, TV shows, music, Kindle e-books, Twitch Prime, and more.
> Get Started
Back to top
Get to Know Us
Make Money with Us
Let Us Help You
And don't forget:
© 1996-2020, Amazon.com, Inc. or its affiliates