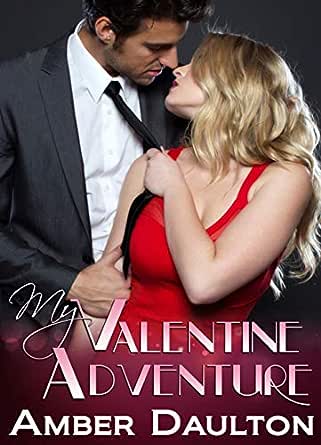 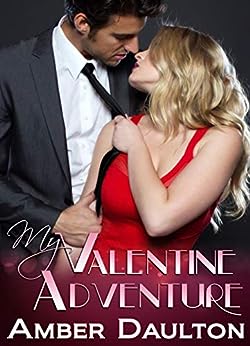 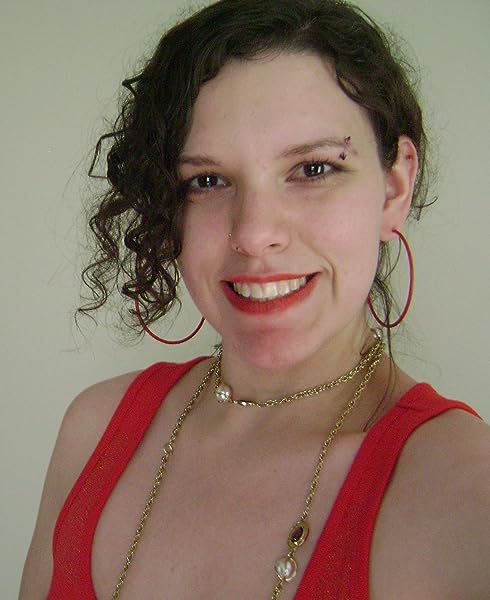 Parker Townsend is raising his children alone after helost his wife, but his ordered world is turned upside down when his two littlehellions place a "Mom Wanted" ad in the local paper. To his chagrin, he's ropedinto a blind date.
Claire Lauer answers the want ad with few expectationsand meets Parker on Valentine's Day, a day she hates with a passion. As ananimal rights activist and a divorcée, she's more comfortable with a placard inher hand than in the company of a handsome man with emotional baggage.
After a protest takes a turn for the worse, she seeksshelter in her date's arms. Will Parker and Claire find the courage to laytheir fragile hearts on the line, or will they lose their second chance at happiness?
click to open popover

Erika Jackson
5.0 out of 5 stars Great story💗💗💗
16 February 2020 - Published on Amazon.com
Verified Purchase
I absolutely loved the synopsis of this book so I just dive right into it. The story held my attention from the first page. The characters were great and unexpected and honest which I love. The writing was amazing. This is my first time reading from this author and she did awesome job! Great work Amber Daulton!
Read more

AvidReader
4.0 out of 5 stars A nice Valentine's surprise
19 November 2016 - Published on Amazon.com
Verified Purchase
This Valentine's romance has a very cute premise. A widower's children place a want ad to get him a date. He's unwilling, but when his date surpasses expections, he is quick to realize he is ready to date again. When he finds out she's a staunch activist, will he change his mind? A fun read.
Read more

Redrabbitt
5.0 out of 5 stars ANSWERING THE MOM WANTED AD
13 August 2019 - Published on Amazon.com
What a sweet, sexy, fun story of second chances and new beginnings. Take two people who both have had heartache, each raising child/children, and both typically avoiding the dating scene. Take children that want more for their parent, throw in Cupid for Valentine’s Day, dinner, a protest, and a night of passion, what more could you want.

Parker Townsend lost his wife Cynthia to cancer, and he is raising their two children, Richie, age 10 and Tammy, age 5. He has had blind dates, but nothing has ever worked, and he is skeptical. What happens when his kids place a ‘Mom Wanted’ ad and his brother, Niles, post the ad in the newspaper?

Claire Lauer is divorced after her lawyer husband cheated on her and then decided he wanted to move on. She is a vegetarian, animal rights activist, very outspoken, beautiful, curvy woman. She has a daughter, Kaylie, who is ten years old, and she is the one who encouraged her mother to answer the ad.

The plot will have two people, neither one honestly looking hard for that special someone in their life, agreeing to a Valentine date, mostly to appease the children. What neither one expected was to find chemistry and act upon it. Together, they see that his yin to her yang, similar interest, and passionate nature, that this relationship is worth taking a chance on.

This really was a little treat. I love me a bit of insta-love in all honesty.

After Parkers children decide that he’s lonely after losing his wife/their mommy to cancer. Parker’s son Richie enlists his uncle in placing an ad in the classified section of the local newspaper under ‘MOM WANTED’ without Parker knowing.

Claire a divorcee of one and a human rights activist gets sent on a date by her 10 year old daughter Kaylie because she wants her to be happy, after answering the ad and talking Claire in to ringing and confirming she would attend, she meets Parker a Italian restaurant and they hit it off almost straight away, then it really does turn into an adventure.

This is a short novella told in third person and like I said I love me a bit of insta-love. This is quirky and fun with no angst whatsoever and just what I needed after the heavy emotional books I’ve been reading lately. This is my first Amber Daulton book and I must say she impressed me with her writing style and I’ll definitely be reading more of her books.

Reviewed by Sarah!
Read more
One person found this helpful

Rochelle Weber, Roses & Thorns Reviews
4.0 out of 5 stars Cute Sweet Romance
14 June 2016 - Published on Amazon.com
Neither Parker nor Claire particularly wanted to go on a blind date on Valentine’s Day. Parker’s kids placed a “Mom Wanted” ad in his brother’s newspaper, and Claire’s daughter all but dialed the number to get her to reply. The only reason either showed up in the end was that it would be rude to leave someone sitting alone in a nice restaurant on Valentine’s Day. In fact, Claire never even spoke to Parker—his brother screened the calls and set up the whole thing, after which his sister-in-law and kids scoped Claire out at work, posing as customers.

But the date goes better than either expects. When Parker asks Claire why she keeps getting text messages, she confesses she planned to attend an animal rights protest at the circus to which he intended to take his kids. As Claire launches into a passionate explanation of the abuses to which the circus owners subject their animals, Parker calls for the check. I’ve driven another one away, Claire thinks. Nope. Parker escorts her to the protest, grabs a placard, and joins in the chant. It’s a perfect date until one of the protesters sneaks inside the circus and frees a tiger, the police show up, and chaos ensues. The couple manages to slip off to their car and even spends the night together, kids safely off spending the night with family.

My Valentine Adventure was a fun romp with kids doing most of the match-making for their respective reluctant parents. It’s another sweet romance, two in a row being a nice break from the sex scenes I’ve been reading in other books, and I confess, writing in my own work-in-progress.

The only reason I’m giving My Valentine Adventure four roses is that again, it could use better editing. I hate to do so, because Ms. Daulton is a fellow #GlassSlipperSister. But, I am nothing if not honest on this site, and anyone who follows this blog knows I’m a stickler for editing issues. It truly is a shame when an author suffers because of inadequate editing, and this is not an indie book. My Valentine Adventure presumably went through both a content and copy editor, who apparently lacked a copy of the Chicago Manual of Style.
Read more
Go to Amazon.com to see all 10 reviews 4.6 out of 5 stars
Get FREE delivery with Amazon Prime
Prime members enjoy FREE Delivery and exclusive access to movies, TV shows, music, Kindle e-books, Twitch Prime, and more.
> Get Started
Back to top
Get to Know Us
Make Money with Us
Let Us Help You
And don't forget:
© 1996-2020, Amazon.com, Inc. or its affiliates