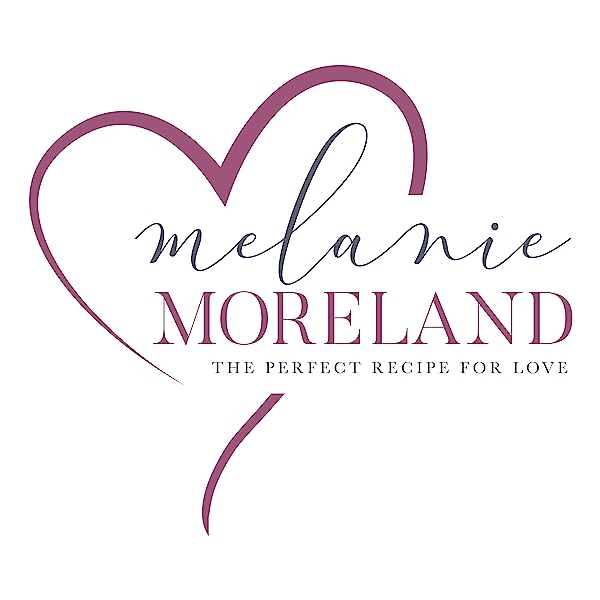 Page 1 of 1 Start overPage 1 of 1
Previous page
Next page
Start reading My Saving Grace (Vested Interest: ABC Corp Book 1) on your Kindle in under a minute.

4.8 out of 5 stars
4.8 out of 5
154 global ratings
How are ratings calculated?
To calculate the overall star rating and percentage breakdown by star, we don’t use a simple average. Instead, our system considers things like how recent a review is and if the reviewer bought the item on Amazon. It also analyses reviews to verify trustworthiness.

The hot mess library
TOP 100 REVIEWER
4.0 out of 5 stars A wonderful new series!
Reviewed in Australia on 25 February 2021
Saving Grace is book one in the ABD Corps series by Meanie Moreland. The book looks at the characters Grave VanRyan, a law student who is working at a firm for some experience and Jaxson Richards, a jaded older man, and also Grace’s new boss.

This is a beautifully written story about two opposite types of people. Grace is smart, sassy and strong and is working hard to be the best layer and person that she can be. She also doesn’t let Jaxson get away with anything, even when he is breaking her heart! In contrast we have Jaxson who is jaded due to past trauma. At times you can feel his utter desperation to be with Grace and utter sadness when he does what he does to her. There is definite chemistry between the two characters which makes this a page turner of a book. I also loved the additional characters (Richard = hilarious) as well as Grace’s family members (I can’t wait to see what is going to happen with Grace’s sisters!)

This is a wonderful start to a new series. It is full of passion, angst and a few jokes thrown in just to make you feel a bit better, as there are certainly times when reading this book that you get frustrated by the characters!

Melanie Moreland is definitely becoming my go to author when it comes to sweet romances, that focus on family, friends and building lasting relationships.

ARC received for a fair, honest and sometimes long review. All opinions are my own. 😊
Read more
Helpful
Report abuse

Kathryn Linke
TOP 1000 REVIEWER
4.0 out of 5 stars Looking forward to more of this series!
Reviewed in Australia on 2 March 2021
My Saving Grace is the first title in the Vested Series: ABC Corp featuring Grace Van Ryan and Jaxson Richards.
Grace aka Gracie is articling for a well know law firm and aspires to work with her cousins at ABC Corp once she passes the bar. She has an incredibly strong work ethic, is optimistic, intelligent, and strong. Grace isn’t afraid to acknowledge her short comings, and whilst independent, is also quite vulnerable.
Jaxson Richards is successful, intelligent, protective, and complicated hero. He’s gruff, brooding and short tempered, and doesn’t believe in love or a happy ever after, but is still flirty, dominant and a wonderful mentor to Grace.
The chemistry and attraction between Grace and Jaxson is immediate and undeniable, and they challenge each other both in and out of the work place.
Overall My Saving Grace is an emotional and fast paced read with quite a few moments of humor and I look forward to future additions to the series.
Read more
Helpful
Report abuse

Mary Thomas
5.0 out of 5 stars A wonderful f8nd
Reviewed in Australia on 8 March 2021
What a wonderful read I stumbled upon.
Jaxson and Gracie a beautiful love story.
And 2 epilogue...and I still wanted more.
I enjoyed the journey as Jaxson slowly discovered love and learnt to love. He stole my heart and he always had Gracie's.
Read more
Helpful
Report abuse
See all reviews

Pamela Waddell
5.0 out of 5 stars Blown Away
Reviewed in the United Kingdom on 27 February 2021
Verified Purchase
Blown away. I can’t believe the emotional roller coasters Mrs Melanie Moreland can take you on. The highs, the lows, the frustrations when you really want to “facer” a character or maybe her for making you cry again. “Sometimes, we don’t have a choice,”. You need to go along because Melanie gets you so invested that stopping isn't an option. Her characters and story telling are absorbing.
“I wasn’t going to allow Jaxson Richards and his selfishness to destroy me. I was Grace -*******- VanRyan, and I was my father’s daughter. He taught me to be strong. To stand up for myself. I refused to let someone else destroy me. With a defiant toss of my head, I straightened my shoulders.”
Grace VanRyan, the first BAM baby, the daughter of Richard and Katy VanRyan. She’s focused and determined with her whole life planned. Pass the bar, work with BAM to gain experience & then ABC, the next generation of BAM.
Jaxson Richards a lawyer at the top of his field, but his life is wholly focused on work. He has flaws moulded by his childhood, relationships & love are things he cannot conceive of being part of his life. Meeting Grace VanRyan is a revelation which he really doesn’t have the experience to handle.
Grace and Jaxson have chemistry, but logically they aren’t a good match. Jaxson is older & Grace is his articling student.
“Because she is the only warmth in my life. Without her, the cold will destroy me.”
Read more
One person found this helpful
Report abuse

Following on from the BAM boys stories, this series focuses on the lives and loves of their grown children.

Grace VanRyan is such a daddy’s girl... both in her relationship with her father but also in how like him she is in manner and characteristics (though she shares a load of traits with her mom!!). I love that she is so focussed on what she wants to do, knows her mind and loves with her whole heart. I hated when she was hurt, even though I understood the reasoning when it was revealed, it still broke my heart that she had felt the way she did..

Jaxson Richards comes across as an arrogant ass except when, for the most part, he’s dealing with Grace. The confirmed bachelor is knocked for six when he meets Gracie and to be honest, he’s not got a chance in hell of recovering.... until he blows it big time!!! Again, I got it, afterwards.. but at the time I wanted to throw him under a train!

The road to their HEA was not going to be an easy one for Jaxson, but I loved that he was a determined and stubborn as his Gracie. She gave him a run for his money but gods, I was rooting for them from the get go and I couldn’t wait to see how things would go for them.

Catching up with the BAM family and meeting the ABC kids whose books are coming was a lot of fun and reminded me of exactly why I adore Melanie’s writing.

I’m so looking forward to the next book in the series and finding out who’s gonna be next to fall.....

A must read in my opinion.
Read more
Report abuse

I. Hamilton
5.0 out of 5 stars This author can do no wrong
Reviewed in the United Kingdom on 26 February 2021
Verified Purchase
She just churns out hit after hit, and this is another one. The love story of Grace and Jaxcson is wonderful. Grace has been surrounded by love her whole life, whereas Jaxson has never known love

Following this story as he comes to the realisation that he is capable of love is wonderful. I'm now going to pre-order Ronan's story.
Read more
Report abuse

Book worm
5.0 out of 5 stars Melanie Moreland is one of my favourite authors
Reviewed in the United Kingdom on 18 March 2021
Verified Purchase
Nice to catch up on Richard & Katy ( mum & Dad) do like a family saga
Read more
Report abuse

helsbells
5.0 out of 5 stars Well worth the wait
Reviewed in the United Kingdom on 13 March 2021
Verified Purchase
Fab read can’t wait for the next one
Read more
Report abuse
See all reviews
Back to top
Get to Know Us
Make Money with Us
Let Us Help You
And don't forget:
© 1996-2021, Amazon.com, Inc. or its affiliates