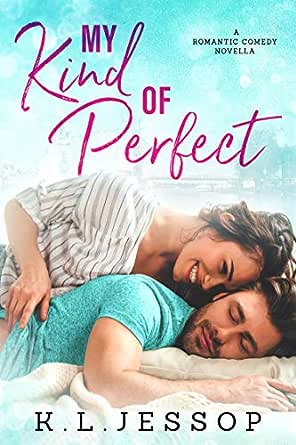 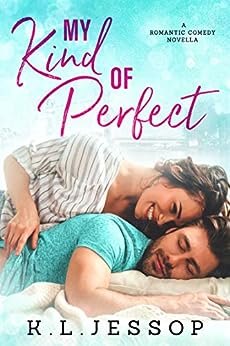 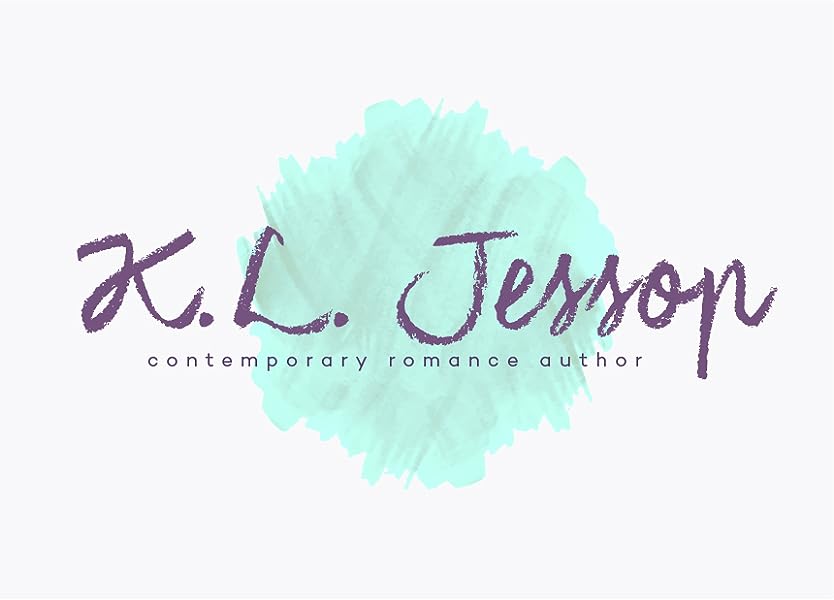 My Kind Of Perfect Kindle Edition

Lissanne
TOP 500 REVIEWER
5.0 out of 5 stars A charming, amusing story
Reviewed in Australia on 21 April 2019
I adored this charming, amusing story. Adele Roberts is a successful romance author who's getting over being dumped by her cheating ex. Keen to get her back in the saddle, her two best friends sign her up to an online dating service, with predictable disastrous results.

Adele spends most of her days writing in a coffee/cocktail bar owned by Drew Adams. Adele thinks Drew is ridiculously attractive, but he doesn't look twice at her... or so she thinks. Little does she know that Drew thinks she's the most beautiful woman he's seen. When Adele uses her lost phone - which is clearly in her pocket - as an excuse to go back to the bar as it's closing one night, Drew decides to take advantage of the situation and kisses her. They end up in Drew's apartment above the bar having the hottest sex of their lives.

Adele doesn't tell anyone about her dates with Drew, not even her best friends, because their relationship quickly becomes precious to her. Eventually, they spill the beans at another dating event her friends have set up, and their reactions were hilarious.

There was a lot of funny lines in this book, moments where you laughed and moments where you sighed happily. I adored Drew and Adele, and found myself cheering them on. A great novella to read when you want a good love story but are short on time.

Sandra Loves Reading
5.0 out of 5 stars MUST READ Rom-Com
Reviewed in the United Kingdom on 26 March 2019
Verified Purchase
I absolutely LOVED this story. It's the first by KL Jessop that I've read and I now want to work my way through all the books this author has written.
It's a rom-com.
Adele's besties set up an on-line dating profile for her...OMG...that's where the chaos starts.
Drew has the coffeeshop/bar where Adele sits to write. And where she arranges to meet her dates...
Adele thinks Drew is hot. He thinks she's gorgeous. But neither have a clue of how the other feels.
This story is hilarious, it's hot and it's entertaining all the way through.
MUST READ from me!
Read more
Helpful
Sending feedback...
Thank you for your feedback.
Sorry, we failed to record your vote. Please try again
Report abuse

Amanda C
5.0 out of 5 stars Steamy RomCom
Reviewed in the United States on 26 March 2019
Verified Purchase
Such a fantastic romcom. I was hooked from the first page and couldn't put it down. It's well written and flawlessly switches between having me cracking up laughing and burning up from the steam. I adore the friendship between Adele and her friends, they all have unique personalities and work together so well. They're exactly the kinds of friends you want.

Adele is so relatable and real. I loved watching her adventures in online dating, it had me laughing out loud. Then we have Drew Adams. He is so swoonworthy and the ultimate book boyfriend. He's gorgeous, has his life together, and is the perfect balance of sweet and sexy. The banter between Drew and Adele is fantastic and their chemistry is off the charts.

I adore KL Jessop and this is definitely one of my favourites. I can't recommend it enough.
Read more
Helpful
Sending feedback...
Thank you for your feedback.
Sorry, we failed to record your vote. Please try again
Report abuse