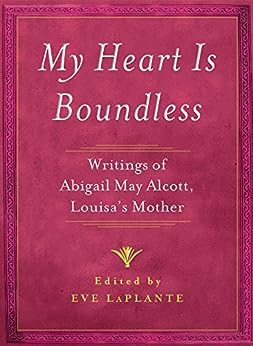 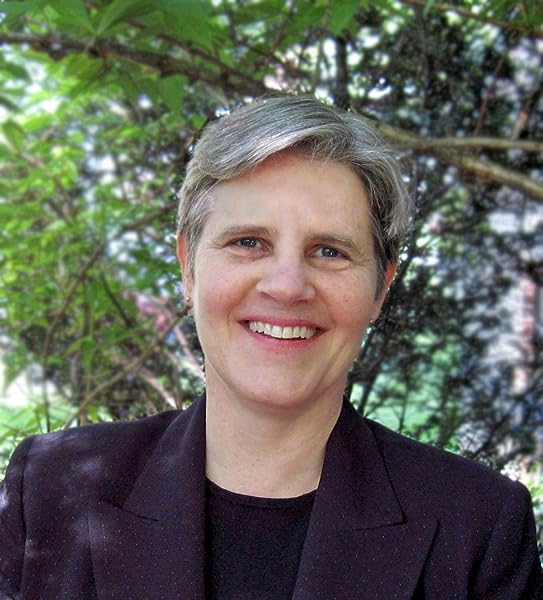 My Heart is Boundless: Writings of Abigail May Alcott, Louisa's Mother Kindle Edition

"Abigail was a tart observer, especially of gender inequalities... Throughout her journals, Abigail is charmingly blunt, confessing, among other things, her 'disrelish of cooking' and her 'enjoyment' of her separations from her husband."--Maureen Corrigan "NPR "Fresh Air" " --This text refers to the paperback edition.

Eve LaPlante is a great niece and a first cousin of Abigail and Louisa May Alcott. She is the author of Seized, American Jezebel, and Salem Witch Judge, which won the 2008 Massachusetts Book Award for Nonfiction. She is also the editor of My Heart Is Boundless the first collection of Abigail May Alcott's private papers. She lives with her family in New England. --This text refers to the paperback edition.

4.9 out of 5 stars
4.9 out of 5
14 global ratings
How are ratings calculated?
To calculate the overall star rating and percentage breakdown by star, we don’t use a simple average. Instead, our system considers things like how recent a review is and if the reviewer bought the item on Amazon. It also analyses reviews to verify trustworthiness.

YA Librarian
5.0 out of 5 stars A must read for historians and people who like LMA
Reviewed in the United States on 18 April 2014
Verified Purchase
Abigail Alcott has been in the shadows since her death. The world only knows her as Marmee the wonderful mother in Little Women. But who was the real Marmee? For the first time we see who she was.

It was believed that Abba's journals and letters were burned by Louisa. However, that was not the case and Ms. LaPlante, a relative of the Alcott family, stumbled across a treasure trove. Ms. LaPlante does a wonderful job creating this book from Abba's writings. The author adds notes so the reader is not confused by events. At the end of the book there are also recipes and remedies.

This book has Abigail's letters and notes from her journals compiled for the first time. It is obvious that Abba was a brilliant writer herself, and a strong woman with some radical views. She believed women should vote and she believed there should be an end to slavery. I daresay she was a feminist as well because she wanted justice for women.

After being silenced for so long Abba has a voice and it rings loud and clear. The letter and journal entries are moving. You can feel the poor woman's sadness as she writes about Liz's death, or feel her frustration when she tries to figure out what the family will do for money. Time and time again she is thanking relatives for handouts. We see she how she loves her daughters and she encourages Louisa to write. Abba has such wonderful advise. Among one of her little notes is " a woman may live a whole life of sacrifice and at her death meekly say I die a woman. A man passes a few years in experiments on self denial and simple life and he says, "behold a God." The waning years are also sad as we see the woman struggling to be an active part of the family but her body was failing her. However, thankfully Louisa's wealth was able to give her mother some comfort in the later years.

I was going through a difficult time when I read this book and Abba's writings helped me. Her struggles, the love and hope for her children and the frustration of her financial situation were captured in her journals and letters with such honesty. They spoke to me, and my copy is now worn and tattered. I wish a hard copy could be obtained.

Those who wish to know more about Louisa May Alcott must read this book. I still argue that it was her mother, not her father, who shaped Louisa into the woman she was. Those who study the Victorian era or women during the time period will find a treasure trove of information on a woman's daily plight.

Bj
4.0 out of 5 stars A long suffering heroine
Reviewed in the United States on 27 April 2013
Verified Purchase
If Abigail Alcott had not been strong and determined to educate and feed her daughters, we would not have Louisa May Alcott and her masterpiece Little Women. This marvelous book is a remarkable story of a woman who endured great hardship because her husband though "intellectual" was irresponsible. It is based on Abigail's letters and diaries which she managed to write in spite of having to teach, to scrub floors, to find food, to change lodging frequently just to keep her family fed and clothed.

HIstorically accurate, set in the Boston area the Alcott's lives brushed those of many famous persons of the time, the Peabodies, the Emersons, the Hawthorns etc.
Read more
5 people found this helpful
Report abuse

L. Perry
5.0 out of 5 stars Must have for Alcott fans
Reviewed in the United States on 19 June 2014
Verified Purchase
Quite Lovely. Was purchased as a gift for my mother, and she has deemed a must-read for true Alcott fans. One sees from where Alcott's gifts may have arose.
Read more
2 people found this helpful
Report abuse

B. J. Morehead
4.0 out of 5 stars Gift of letters
Reviewed in the United States on 25 May 2013
Verified Purchase
I bought this as a Mother's Day gift for my mother in law. She said it gave her new insight on Louisa's mother. Very interesting read. Great gift.
Read more
One person found this helpful
Report abuse

Herman Carney
5.0 out of 5 stars Five Stars
Reviewed in the United States on 24 May 2015
Verified Purchase
Good bppk.
Read more
One person found this helpful
Report abuse
See all reviews
Back to top
Get to Know Us
Make Money with Us
Let Us Help You
And don't forget:
© 1996-2021, Amazon.com, Inc. or its affiliates