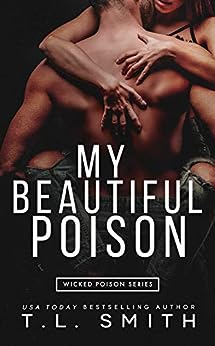 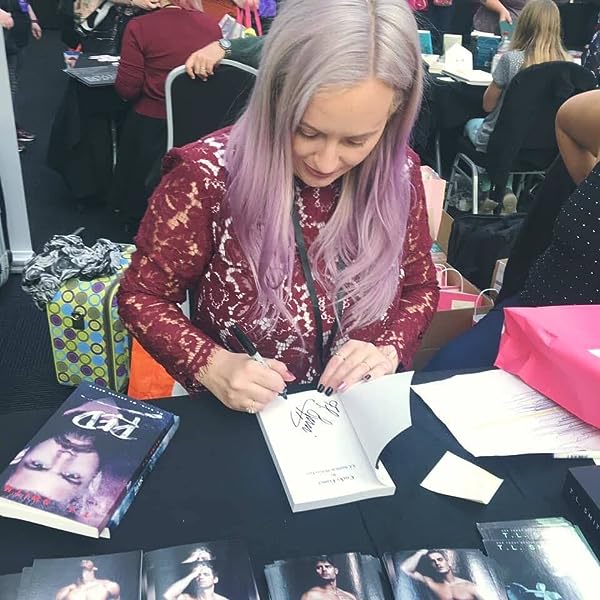 4.6 out of 5 stars
4.6 out of 5
225 global ratings
How are ratings calculated?
To calculate the overall star rating and percentage breakdown by star, we don’t use a simple average. Instead, our system considers things like how recent a review is and if the reviewer bought the item on Amazon. It also analyses reviews to verify trustworthiness.

ASB
5.0 out of 5 stars Fantastic read
Reviewed in Australia on 21 January 2021
Verified Purchase
Absolutely loved this book & can’t wait for the second story to be released! Rylee & August deserve their happily ever after
Read more
Helpful
Report abuse

Kindle Customer
5.0 out of 5 stars Page turner is an understatement!
Reviewed in Australia on 29 December 2020
Verified Purchase
Omg this is beyond a page turner. I loved every twist and turn and I want to punch Anderson and I want to hug August and protect Paige!
Read more
Helpful
Report abuse

Chook74
TOP 500 REVIEWER
5.0 out of 5 stars Delicious
Reviewed in Australia on 29 December 2020
My Beautiful Poison is book one in the Wicked Poison series by T.L. Smith. I was sold on this book right from the blurb. Just those few sentences captivated me and started that sweet aching need for the whole story. I waited up for this release, and as soon as it was up I devoured it.

The dynamic between the two main characters was teeth clenching intensity. Rough, raunchy and risque, My Beautiful Poison was impossible to put down and unforgettable. 50% bad boy, 50% feisty girl. 100% immaculate goodness. Their story was flawed but genuine. Their love real and soul deep. Their chemistry all consuming. Beginning to end, this story was enveloped in beauty, difficulty and fulfillment. T.L. Smith epitomises dark, edgy and dramatic romances. Her delivery, on point. Her execution, utter perfection. 5 stars

Tees_BookCave
TOP 500 REVIEWER
5.0 out of 5 stars My love for this book is so strong!
Reviewed in Australia on 1 January 2021
What a way to bring in the new year with finding myself snuggled into my little reading corner with this perfection of a book.

This author ceases to amaze me with every book that releases. They are so incredibly thought out, the storyline’s are phenomenal and they are packing with the heat. Not to mention they feature some of the strongest female heroines and the baddest hero’s who could either be the villian or not.

In this case, as much as we crave the villains. In this story he wasn’t, he was the guy that gave her the chance to breathe again and she was the girl who made him feel whole again and to see what real love could truly be like when being given the chance to.

This book had absolutely everything and if not more when it comes to things that I look for in books. It had second chance romance vibes, forbidden love and opposites attract. These are a few of my troupes that I go for when it comes to picking out what’s next to read.

Everything played out so perfectly that when I got to the end, I was cursing this author for leaving me on that cliffhanger, I need to know what happens next for these two characters as they deserve each other’s love.

This book was definitely action packed that is for sure, these two characters have their fair share of troubles that they need to conquer but some are just not as easily said as done. Their is a lot of push and pull that slowly brews between these characters when their feelings become involved. From something that turned out to being just about intimacy, it turned into something so much bigger that none of them could deny. It was inevitable.

Every time these two were in the same room as each other, you could feel this tension that was rapidly becoming more stronger after each interaction. When you think about it, you could explain it as a type of foreplay, it was the build up to the real thing coming out to play.

There is so much to be said about this book that I think that you as the reader should go into this book and just enjoy the ride that it takes you on.
Read more
Helpful
Report abuse

Ann Mihailovic
TOP 500 REVIEWER
4.0 out of 5 stars Beautiful story
Reviewed in Australia on 30 December 2020
OMG. I loved this story. My Beautiful Poison is book one in the Wicked Poison series by T.L. Smith. It is a contemporary romance with drama, angst with somewhat of a friends to lovers/ second chances/ opposites attract story. This is a dual POV story that will have you swooning
This story is about Rylee and August. Rylee Harley is the golden child of the family, the rich girl who likes to please everyone no matter how miserable it makes her. She's worked hard to get where she is but no matter how much she wish she could escape the expectations, she doesn't want to disappoint her family. August Trouble is the town's bad boy. After a stint in prison, he's happy to be free and is trying to readjust to outside living.
Rylee and August reunite when they bump into each other at a party. The last time they saw each other was high school, and even though they weren't friends, they still remember each other. Rylee quickly infuses herself into August's life, becoming the friend he needs and when their relationship takes on a with-benefits status, their whole dynamic starts to change. Feelings become involved and no matter how hard he tries to push her away, the connection they share always draws them back together. He is the salvation she needs to lead her own life and break free from her mother's controlling ways, and she is the light in his world. Together they are magic but what happens when his past threatens to ruin everything and drag him back into the dark?
I absolutely devoured this story. I felt the anguish on both sides and loved how they were able to find each other and open up. I loved August's character and now I'm eagerly anticipating the next installment to see what happens.
Read more
Helpful
Report abuse
See all reviews

Magwan911
3.0 out of 5 stars Bad boy romance
Reviewed in the United Kingdom on 8 January 2021
Verified Purchase
Promising start to a simple romance about a man who hasn't had Best start in life and is given a second chance. He sets up a business and meets rylee . Their friendship develops, however there are many hurdles.
Definitely entertaining and a real page turner, with good characters and dialogue. The protagonists are plentiful and all have their own agenda.
This is very much story driven but moves at a face pace.
Read more
Report abuse

Anna Ingram
1.0 out of 5 stars Not a fan
Reviewed in the United Kingdom on 17 February 2021
Verified Purchase
Nit a fan of this book at all. Felt a bit cringey and was very fast paced. Im more into the slow love hate relationships. Im not gonna read the sequel.
Read more
Report abuse

sofia
5.0 out of 5 stars Sofia farina
Reviewed in the United Kingdom on 9 February 2021
Verified Purchase
This book was truly amazing , i just couldnt put it down, this book and all over books deserve this rating
Read more
Report abuse

Teresa Spedaliere
5.0 out of 5 stars Loved It
Reviewed in Canada on 22 January 2021
Verified Purchase
Great book cant wait for the next one!!
Read more
Report abuse

Jeeves Reads Romance
4.0 out of 5 stars Sexy and engrossing
Reviewed in the United States on 30 December 2020
Verified Purchase
I wasn’t sure that I was loving this until I turned the last page and realized that I had devoured it in one sitting and was SUPER upset that I’d be left with that CLIFFHANGER for two months. The only thing cliffhangers are good for is telling you just how invested you are in a love story – and, apparently, I’m pretty into this one. It’s a classic bad boy/good girl romance with a twist, because this antihero isn’t all that bad and this heroine isn’t all good. It reads quickly and has plenty of heat, pairing Smith’s thoroughly engaging writing style with an interesting couple. Though it’s not without its issues and I’m seriously worried that our hero might’ve slept with the heroine’s mom in high school (please let me be wrong, please let me be wrong…), it was entertaining from start to finish.

The story follows Rylee, a woman who knows that she’s in a bad relationship. Though her parents love her boyfriend and they’ve been together for years, he’s become abusive and no longer hides the fact that he’s cheating. Just when she’s worked up the courage to break things off, a man from Rylee’s past re-enters her life in a big way. August went to prison six years ago, and no one expected him to be out anytime soon. He’s the bad boy from the wrong side of the tracks that Rylee crushed on during her teen years, and he just might be the guy to help her make a better future for herself. Though August knows he’s no good for Rylee, he can’t seem to make himself stay away, and the two dance around each other until there’s no denying their connection.

There were definitely things that I didn’t like, but I was still 100% hooked on this complicated romance. I’m a sucker for a bad boy with a marshmallow heart, and that’s August. He’s never had anything good in his life, so he doesn’t know how to act around Rylee. There’s a push/pull to their relationship that’s both frustrating and intriguing, but I can’t wait to see more of his softer side. Rylee… eh, I didn’t love Rylee. I liked her more later in the story and think there’s still hope for her yet, but she’s not my favorite. I’m really, really curious to see where this goes in the second half of the duet, because that cliffhanger is pretty major, and I’ve got the feeling that the suspense is just getting started. Smith’s writing style is highly addictive, so she makes it easy to devour these twisty love stories. We’ll see where this one goes next, but fingers crossed about that mom thing. I received an early copy via Wildfire Marketing, and am voluntarily leaving a review of this quick, steamy romance.
Read more
7 people found this helpful
Report abuse
See all reviews
Back to top
Get to Know Us
Make Money with Us
Let Us Help You
And don't forget:
© 1996-2021, Amazon.com, Inc. or its affiliates