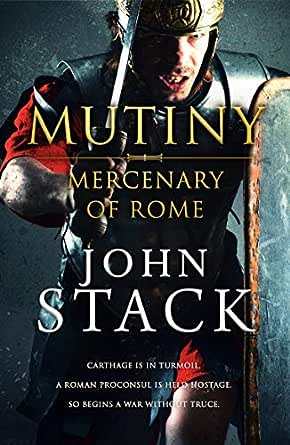 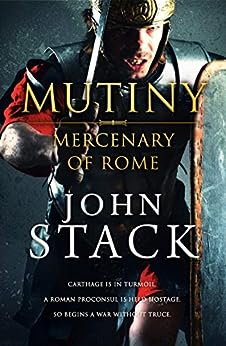 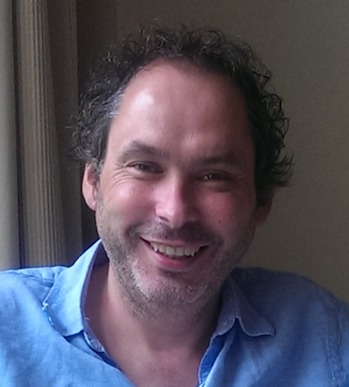 Following many years of war with Rome, Carthage is exhausted.

Yet the trouble is not yet over. As mercenaries land in Carthage to claim payment for services rendered, they do not receive what they expect. Lacking a shared culture, structure and even language, this band of warriors has taken up residence in Carthage, and is becoming increasingly angry...

Meanwhile, veteran Roman sailor and prefect Atticus Perennis is fighting pirates in the seas around Sicily. Perpetually an outsider, despite his Roman citizenship, due to his Greek heritage, Atticus is a fine warrior with more than one point to prove.

He sails with his brother-in-law, Septimus, a Roman centurion of striking bravery and skill, and despite their grisly encounters with pirate crews, both long for some measure of peace after the wars with the Punici of Carthage.

It is a vain hope.

For among the pirates’ booty are Roman senators, who tell Atticus of the mercenary occupation of Carthage. Worse, the mercenaries have kidnapped the Roman proconsul to whom Atticus owes a particular debt of honour.

And so, Atticus, Septimus and their crew sail for Carthage. Once there, Atticus is re-united with yet another acquaintance, Hamilcar Barca. As military commander of Carthage, Barca could do with some help. But the last person he wants help from is Atticus Perennis...

Mutiny< is a meticulously rendered tale of politics and war in the Roman era, a tale that takes an unflinching look at the details of battle and occupation, and the compromises of allegiance. It will delight fans of Roman history, historical fiction and military fiction alike.

John Stack was born and lives in County Cork. He is married with three children, and is the author of the Sunday Times bestselling Masters of the Sea series.

This novel uses the ‘Master of the Sea’ series as a springboard to return two comrades in arms, prefect Atticus and centurion Septimus (brother-in-law), and place them centre stage in a rather riveting storyline. These good friends honed their skills and naval battle tactics in these previous novels where they not only fought pirates but, also major sea battles against Carthage-a formidable enemy; highly skilled veterans of sea battles.
Interestingly, former adversaries must work together, ever so reluctantly but, for ulterior motives and mutual benefits. As a result we get a great insight into the Carthaginian culture, their use of mercenaries, its incredible city and its political factions. Pertinently, political intrigue is a constant undercurrent throughout the novel.
The Punic wars (Punicus, in Latin meaning Carthaginian) that pitted the established and very powerful empire of Carthage against an emerging Roman power took place over three wars that spanned the period 264 BC-146 BC.
The novel abounds in land and sea battles and this is where the author excels. The battle scenes are so vivid that the reader starts to share the fear, the battle rage, the noise, the smell of death and the overall heightened emotions that permeate such intense events. The use of elephants and their brutal effectiveness is witnessed by the surprised Romans for the first time.
This novel is the start of a new series as it ends on a cliff hanger and hopefully will be pursued by the author in the next novel or two.

Reg
5.0 out of 5 stars a little about history
Reviewed in Australia on 7 December 2018
Format: Kindle EditionVerified Purchase
I really enjoy this writer. A little history mixed with a good story and enough action to keep you reading long after bedtime.
Read more
Helpful
Comment Report abuse
See all reviews from Australia

Nick Brett
5.0 out of 5 stars A welcome return
Reviewed in the United Kingdom on 10 December 2018
Format: Kindle EditionVerified Purchase
Very much enjoyed the author’s “Masters of the Sea” trilogy, nice take on the many Roman novels about to have it mainly set as a story of the Roman Navy.
This novella takes us back to the two main characters back on board and hunting pirates around the area of Sicily. A captured ship provides news that mercenaries have occupied Carthage and our heroes are ordered to help the hated Punici liberate their City. Old enemies do not make new friends and this is a mission fraught with danger and the potential for treachery.
This was a good reminder of the talents of the author and of the previous series. I hope we see more.

graphicdavinci
3.0 out of 5 stars Just too short...
Reviewed in the United Kingdom on 30 November 2018
Format: Kindle EditionVerified Purchase
Sorry I could only give this very good novella 3 stars - because it was not a novel! Great pace and like the earlier books featuring these characters a well drawn snapshot of exciting times. If he had just developed a couple more of the side plots (the senators reception with the news in Rome for example) the book would have been a more rounded read and a longer one. Can not fault the writing and will look to buy the next instalment - so maybe the marketing of a short book works after all?
Read more
One person found this helpful
Helpful
Sending feedback...
Thank you for your feedback.
Sorry, we failed to record your vote. Please try again
Report abuse

Don
4.0 out of 5 stars Good story.
Reviewed in the United Kingdom on 15 July 2019
Format: Kindle EditionVerified Purchase
I enjoyed this story on my Kindle but was a bit disappointed that it was so short. Having read one of the paperbacks in the series I was expecting a long read! I should have read the description as that does say it is only about 100 pages!!
Read more
Helpful
Sending feedback...
Thank you for your feedback.
Sorry, we failed to record your vote. Please try again
Report abuse

Hugh
4.0 out of 5 stars Interesting
Reviewed in the United Kingdom on 8 November 2018
Format: Kindle EditionVerified Purchase
Its been a while since John Stack continued his journeys with the Roman Fleet after defeating Carthage in the 1st. Punic War, and here we find a shaky alliance between the two old enemies reequired to put down a mutiny. Part 1 of 3. I look forward to the next one.
Read more
Helpful
Sending feedback...
Thank you for your feedback.
Sorry, we failed to record your vote. Please try again
Report abuse

mat
5.0 out of 5 stars Great book
Reviewed in the United Kingdom on 28 November 2018
Format: Kindle EditionVerified Purchase
A well written book that kept me enthralled from start to finish. Look forward to the next book to see what happens.
Read more
Helpful
Sending feedback...
Thank you for your feedback.
Sorry, we failed to record your vote. Please try again
Report abuse
Load more international reviews

Ken Atkins
5.0 out of 5 stars Great mini book
Reviewed in the United Kingdom on 11 December 2018
Format: Kindle EditionVerified Purchase
Wish he would write more about rome. I love his books on rome
Read more
Helpful
Sending feedback...
Thank you for your feedback.
Sorry, we failed to record your vote. Please try again
Report abuse

WGEM
4.0 out of 5 stars Good , but ... This is a short story with a full novel price
Reviewed in the United States on 2 July 2019
Format: Kindle EditionVerified Purchase
I had purchased the first 3 books and liked John Stacks writing well enough to follow him on Amazon. So I was pleased when he came out with two more books. Without thinking, I bought them without looking at their page length. These are short stories or novellas with the price of a full novel. Not impressed. both could have been / should have been combined into one novel at the same pricing as the prior three.

However the quality of the writing / characters / story line are all very engaging. Except for a number of editing and proofing errors which are not bad enough to distract from the story, they are definitely recommended!

GGO
4.0 out of 5 stars A Novella?
Reviewed in the United States on 2 January 2019
Format: Kindle EditionVerified Purchase
I found this book to be well written and action packed. I vehemently disagree with the reader that found it boring. I only have the book 4 stars because of its short lenght.
Read more
One person found this helpful
Helpful
Sending feedback...
Thank you for your feedback.
Sorry, we failed to record your vote. Please try again
Report abuse

Peter M Screaigh
1.0 out of 5 stars Average
Reviewed in the United States on 20 November 2018
Format: Kindle EditionVerified Purchase
This is a short story..basic plot/boring characters....lost interest half way thru
Read more
One person found this helpful
Helpful
Sending feedback...
Thank you for your feedback.
Sorry, we failed to record your vote. Please try again
Report abuse

normsky
5.0 out of 5 stars Great read.
Reviewed in the United States on 3 August 2019
Format: Kindle EditionVerified Purchase
A great read pity it was a short story.
Read more
Helpful
Sending feedback...
Thank you for your feedback.
Sorry, we failed to record your vote. Please try again
Report abuse