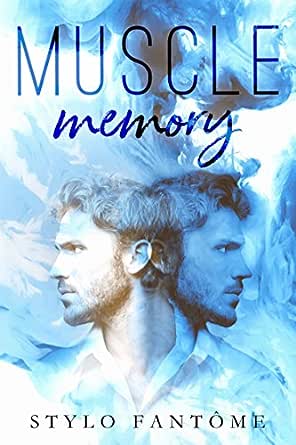 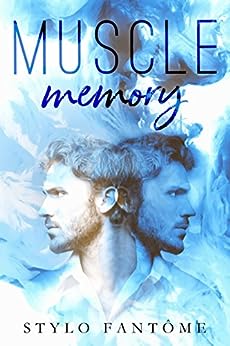 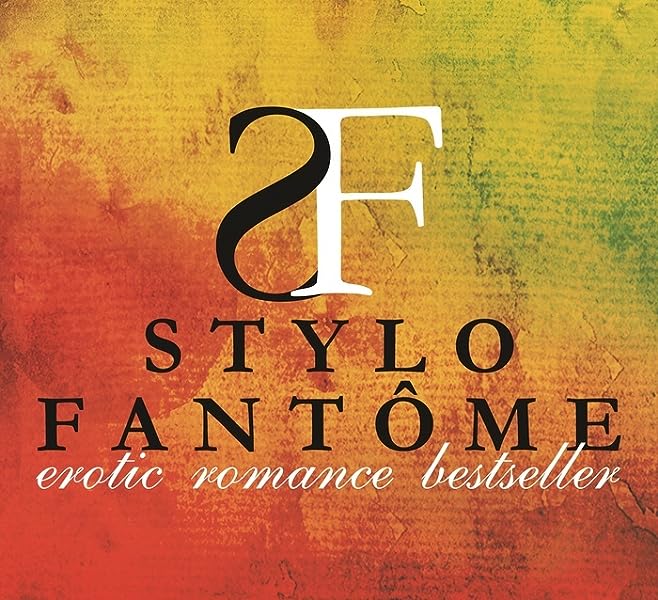 bluebird
TOP 100 REVIEWER
3.0 out of 5 stars Undecided 3.5*
Reviewed in Australia on 12 April 2018
Verified Purchase
This is one of those stories you like to hate. Definitely very different & I'm still unsure how I feel about it. There are a few amnesia stories out there but it so unusual, perhaps a bit more realistic than those who remember then go on with life & a HEA.
One for those who like something different from the norm.
Read more
Helpful
Comment Report abuse

Marcella Nielsen
3.0 out of 5 stars 3 stars
Reviewed in Australia on 4 September 2017
Not my favorite from this author.
Though I did understand the circumstances of the love triangle, I didn't like it. Having to read about this amazing yet toxic love between the hero and heroine only to switch to the hero and his new girlfriend. It was hard and I don't think the author captured the rawness of such a situation. Del was too understanding and kind.
Like I said I understood why Jon/Jay was with Kitty but their beginning felt extremely rushed. I mean come on...she basically took advantage of his fragile mind. I'm not a fan of reading about the hero and another woman in such detail. No thank you.
All in all not bad but not my favorite.
Read more
One person found this helpful
Helpful
Comment Report abuse

Sharon Thérèse
TOP 500 REVIEWER
4.0 out of 5 stars A different kind of love story.
Reviewed in Australia on 28 August 2017
Reviewed by Anna Green on behalf of KFF

I rarely come across a love story where there are no bad guys or an evil ex out to ruin the couple’s perfect relationship. The real conflict in this book is the main character’s past and present self.

When I read how Jayson and Delaney met and how their relationship progressed from there I wasn’t that overly impressed. I thought they were just a pair of loved up druggies who couldn’t hold a decent job for long. What I do admire about this two is their undying love towards each other sober or not. And then Jayson had the accident and everything changed. He couldn’t remember his name he forgot about his past and Delaney. Having a new identity and finding new love and a second chance at life seems to be the best thing that happened to him. When he meets Kitty, someone who comes from a well connected family and with a good heart, I thought there’s his chance he better grab it and never let go.

Reading about this complicated love triangle gave me conflicting emotions towards Jayson, Delaney and Kitty. When Jayson/Jon had amnesia after the accident he actually grew up and sorted out his priorities.  Delaney a young woman in her twenties hasn’t got much to her name either but for Jay her love is unconditional and she is willing to sacrifice her own happiness for him to live his new life. “I love him. I love him so much. It’s like he’s dying all over again. Like I’m dying. God please help me. Help me get through this. Make him remember me, or make him go away, because I don’t know how much more of this I can take.”

This is a well written standalone story and gave my heart a real tug of war.  The author’s words weave a truly beautiful romance and makes you believe in true love and finding your soulmate no matter where or what you have become. Because when true love finds its counterpart, it always recognises it. It's all in the muscle memory. I thoroughly enjoyed reading this book and give it 4 stars!
Read more
Helpful
Comment Report abuse
See all reviews

BBBf-sizzlereads-Best Book Boyfriends
5.0 out of 5 stars A POWERFUL AND MOVING STORY
Reviewed in the United Kingdom on 28 August 2017
Verified Purchase
Wow! What a powerful and moving story.

True love finds it's counterpart, it always recognises it. It's all in the Muscle memory.

Jay & Delaney were in love, inseparable, they were homeless but happy, they had bad days but were happy, why? because they had each other, until they didn't .

Jon Doe woke up in a hospital room, he didn't have a name so they gave him one, didn't have a home so his social worker helped him to get into a half way house, he didn't have a social security number so he volunteered to pay his way. Jon Doe who decided to call himself Jon Doherty was a nobody with no memory of who or what he was before.

Jon accepted that he had to build a new life and started to build one, even build new relationships.

Delaney never stopped looking but she was looking for Jayson Fairbanks who had simply vanished after a night of getting high and falling on a train track, Delaney broke her ankle that night and John was whisked away and she didn't see him again.

A moving and heartfelt story, Jon didn't get flashbacks or glimpses of his memory like he hoped he would but when he did meet Delaney who was a waitress, for the first time his world stood still, he knew her but didn't know how.

"She's my ghost, she haunts me. I don't remember her but I know her"

Delaney's strength and love for Jay was heartfelt, he was now with someone else, he was starting a new life but as long as he was happy so was she. My heart ached for her, she was selfless.

"He's not dead. I get to walk around in a world with him in it and breathe the same air as he does and that's good enough for me".

If you could read about the depth of love, the effects and how deep into the soul real love goes, where it's the air you breath and the source that pumps the blood in our veins then muscle memory tells of such a love.

Jon/Jay's mind may have forgot but his being, the depths of his soul couldn't forget, He was the second half to her whole.

IN LOVE WE TRUST

Beautifully, written with beautiful characters. Told in third person and leads to hea.

Terri T.
5.0 out of 5 stars Fantastic book !!!
Reviewed in the United Kingdom on 16 September 2017
Verified Purchase
A totally mesmerizing fascinating story which I truly loved. Such a remarkable tale that is so original and unusual and certainly makes you think how easily this sort of thing could alter your life path completely. Impeccably written with depth and conviction it pulls all those little strings in your heart.

John Doe wakes up in hospital not remembering who is he or what has happened to him. He is devastated to realise he remembers nothing of himself, family, friends or his life previous to the accident. Told from his POV it flits back and forth from before the accident so we get to see who and what he was before he ended up in hospital and his struggle once he realises just how bad this all is and the road he takes to make a new life for himself and his re discovery of his old one. The two main characters were a delight to read and I loved them both in different ways, and the secondary characters played a very important part in this superb book and added to the chemistry and enjoyment.

This book pulls out all the feels. It is raw and passionate, frustrating as hell but rewarding in other ways. It is sad in parts but so full of hope in other ways - just an amazing book that shouldn't be missed - oh and that cover, I LOVE it !!!
Read more
One person found this helpful
Report abuse

MO
5.0 out of 5 stars I loved this book
Reviewed in the United Kingdom on 3 September 2017
Verified Purchase
I loved this book. I've read several books by this author and this does not disappoint.. The 2 main characters Jay and Del are just so likeable, even when in the beginning they were a couple of drunken, drugged up losers who partied too hard until tragedy struck. The writing is so good it's impossible not to love their crazy reckless self destructive antics. They were so perfectly in love.
A drug fuelled accident causes Jay to lose his memory completely, he recovers physically and becomes a new person with the help of a great character 'Sloaney' a social worker who sees the potential in him and gets him on his feet. He creates a new life and name Jon, and falls for the sweet girl Kitty who hopes for more, but something is missing for Jon, he just doesn't know what until an accidental meeting with a waitress, Del, causes flashbacks and the feeling inside that there is something bigger and better to be had, if only he can remember. Everything inside tells him he should be with her, his muscle memory remembers what his mind can't , the chemistry is red hot but how much does he owe the girl who's been by his side since he became Jon? The raw emotions, anger, frustration, hurt, love and loss are described so well. A really good read.
Read more
Report abuse

Sue D
4.0 out of 5 stars Sitting on the fence still!
Reviewed in the United Kingdom on 15 September 2017
Verified Purchase
I'm not sure if I really loved this book or not. It was certainly original and well written. John Doe wakes up in hospital with amnesia; all he knows is he has a broken arm, a fractured skull, and he was obviously high as a kite on drugs when he has an accident.
The first half of the book goes back and forth to who he was and what happened and then interestingly about finding his way back to some semblance of a normal life, and the frustration of just not knowing.
I really did enjoy the story, but I think to really love a story you have to love the characters also, and this I found hard. I didn't like John before his accident and I didn't really like the love of his life; so I kept putting the book down and then picking it up again hoping that he wouldn't revert to who he was!
Definitely worth a read as it's quite thought provoking and would read more by this author.
Read more
Report abuse

Kelly O'connor
5.0 out of 5 stars Absolute perfection ❤️
Reviewed in the United Kingdom on 8 September 2017
Verified Purchase
I went into this book pretty much blind, it had been hyped up and posted all over social media - everyone was either reading it or loving it. I worry about reading those books as they never seem to deliver for me but this book exceeded my expectations from the first few pages I was hooked and it never let me go until the last word had been read. It's a rollercoaster ride of emotions that will leave you questioning what would I do in that situation ?
It's a beautifully written about about life, love and happiness and I loved it !!!
Read more
Report abuse
See all reviews
Get FREE delivery with Amazon Prime
Prime members enjoy FREE Delivery and exclusive access to movies, TV shows, music, Kindle e-books, Twitch Prime, and more.
> Get Started
Back to top
Get to Know Us
Make Money with Us
Let Us Help You
And don't forget:
© 1996-2020, Amazon.com, Inc. or its affiliates