Skip to main content
Murmuration and over 1.5 million other books are available for Amazon Kindle . Learn more
Share <Embed> 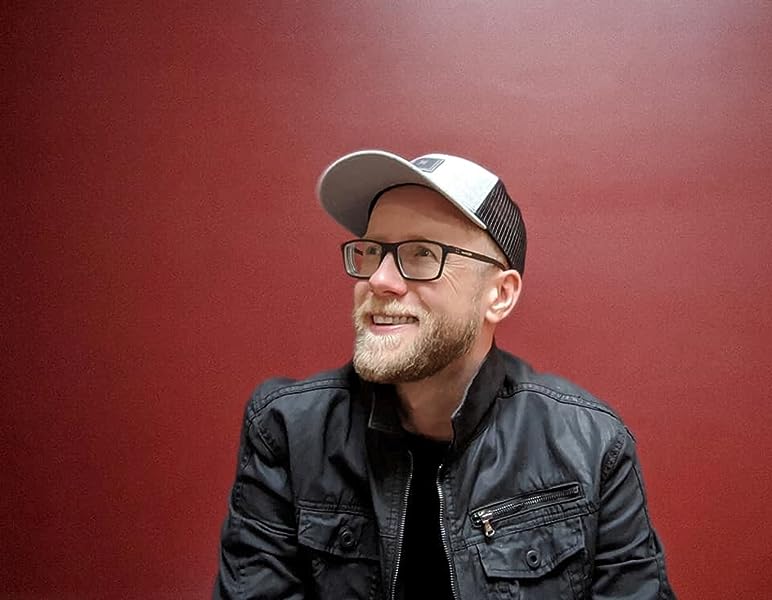 Page 1 of 1 Start overPage 1 of 1
Previous page
Next page
Start reading Murmuration on your Kindle in under a minute.

4.6 out of 5 stars
4.6 out of 5
146 global ratings
How are ratings calculated?
To calculate the overall star rating and percentage breakdown by star, we don’t use a simple average. Instead, our system considers things like how recent a review is and if the reviewer bought the item on Amazon. It also analyses reviews to verify trustworthiness.

Kia
5.0 out of 5 stars Brilliant, emotional story
Reviewed in Australia on 28 December 2016
Verified Purchase
I found this story to be a bit of a rollercoaster ride emotionally. I'm going to break this into four parts (all vague, NO SPOILERS).

1, During the first part of the story I was equally intrigued and confused.

2, Then I got an inkling of what was going on (and I was both right and also very wrong).

3, This part was full of answers to all questions raised in the first half of this story. That being said it was...heartbreaking (though likely not in the way you may imagine)

4, I'm conflicted about how I feel about this ending. At the moment I'm swinging between feeling gutted and elated.

This is my favourite author and I have really enjoyed every story I've read by TJ and this story was no different (if you haven't yet read The Lightning Struck Heart, buy it now it's hilarious. Or if you want a darker dystopian tale try Withered And Sere and Crisped And Sere, I HIGHLY recommend).

Recomendation
This story is NOT for anyone looking for a smooth sailing A + B = C type of romance. No. This is a romance for those who like a bit of tension riding them throughout the story, and are willing to push through that anxiety til the very end. It's sooo worth it (despite my current emotional yoyoing)
Read more
Helpful
Report abuse

Gimmebooks
TOP 500 REVIEWER
3.0 out of 5 stars Heavy
Reviewed in Australia on 27 October 2017
Verified Purchase
I usually love anything TJ Klune writes but this was a painful read for me. It was amazingly written. Probably the best I've read by him so far. But I didn't really enjoy it. It made me feel heavy and unsettled - which is a sign of great writing - and I prefer to read for pleasurable escape.

This is obviously a personal preference but I like a review to tell me these things, so I thought I'd share my thoughts.

As I said, I love Klune's writing so if you want amazing writing with great love stories and some brilliantly written banter - pretty much any other book of his is a total winner and I recommend it wholeheartedly.
Read more
Helpful
Report abuse

T
5.0 out of 5 stars Heart wrenchingly gorgeous
Reviewed in Australia on 31 October 2016
Verified Purchase
Another fabulous book from TJ. I don't know how he does it, but he sucks you in, wrings you out emotionally and leaves you wanting more. I'm so glad he's been able to quit his day job so that he can focus on writing me more books.
Read more
Helpful
Report abuse

Charleyrose
TOP 500 REVIEWER
1.0 out of 5 stars normally I love all T
Reviewed in Australia on 7 November 2016
Verified Purchase
Just finished this book, normally I love all T.J.Klune's work, but I got the impression he wrote this book while tripping on some LSD. I certainly felt like I'd need some to fully appreciate it, and since I didn't have any I just was thankful I could speed read (thank you baby Jesus) so that I could finally get to the end. I didn't enjoy this book and was sad that I didn't, because T.J.Klune has a gift for storytelling. I just found this book to be tiring and long and way to trippy for me. It gets 1 star because he went to the trouble to write something and really for no other reason than that. Sorry!!
Read more
One person found this helpful
Helpful
Report abuse
See all reviews

AC/DC
4.0 out of 5 stars Distant murmers
Reviewed in the United Kingdom on 11 November 2016
Verified Purchase
Waking up lying on his back in the middle of the road, dazed, with faint impressions of breaking glass somewhere at the back of his mind, and not too sure who he is, the reader has to work hard to get his/her bearings at the start of this book. What is this all about? We are inside the mind of a disorientated man who has only too few clues as to who he is and what has brought him to be here. Why can't he whistle? Why does a horse suddenly appear at the side of the road? We could be dreaming, or perhaps a victim of a hit-and-run driver.

Before long, with Mike, we are walking into a small town that presents itself as warmly welcoming all travellers, and in spite of fleeting after-images of falling and breaking glass and twisting metal, we discover that this is where we live, are known and welcomed back, and have a business, an identity and a cat named Martin. It all begins to come back to Mike, Mike Frazier: his home, his contented life and his friend Sean. Armorea is the kind of town with an almost Utopian sense of community and and atmosphere of concern by all for all the inhabitants. As his memory of the place returns to him, so his friends and neighbours gather around him to make him feel at home again after his brief (brief?) absence.

Armorea is the sort of place people find it difficult to leave - nothing appears to threaten its security, and though it may be a little old-fashioned, that seems a small price to pay for the sense of community and trust that perhaps permeates even the more querky inhabitants.

Mike may have arrived home and found a contentment to remain settled there, but we, the readers are only beginning a journey that takes us through a series of oddly inexplicable, albeit trivial, moments that scratch away at the back of our mind, suggesting that something is going on - something that does not quite stay in tune with the friendly self-sufficiency of Armorea.

A murmuration of starlings is a wonder. As the flock swirls and turns and spreads and dips and collapses, crowding together and then flinging apart, so the phenomenon seems to be an impossibility (But then from Into This River, we know that TJ is at ease with the impossible). With never an accident, never a collision, the thousands of birds behave more as if they were being directed by a single mind, yet they are undeniably individuals, somehow impossibly working together in a harmony that has to be seen to be believed.

What has this marvel of nature got to do with this book? A few starlings do make an appearance now and then, and Mike does watch a murmuration at one point near the beginning of the book, but can this really justify the title? Or am I missing something? Is there something more there, remaining at the very edge of my vision, something recognized, but hardly available to thought?

T J Klune is the master of the tease, stringing the reader along with oblique references that hint only, and avoid declaration. He is also a master of language, confidently walking the fine line between saying too much and too little; somehow he manages again and again to pick the very word that resonates in the mind and sets up vibrations that carry the imagination so much further than just the letters on a page. The story is good - the developing relationship between Mike and Sean keeps the reader turning over, but it is much more than this. There is some other plot going on in parallel to this story . . . . or is there?

If I were to say more, you'd have to kill me.
Read more
Report abuse

Becky L
4.0 out of 5 stars Intriguing read
Reviewed in the United Kingdom on 2 November 2017
Verified Purchase
I really liked this book. I loved parts of it - the writing was sublime (and very Wolfsong-esque) and it was a great story - but I felt I had to wait just a tad too long to know what was going on, so I can't say I loved the book.

It's almost impossible to write a spoiler free review, but the romance was charming, it made me smile and I loved Sean and Mike. I'm glad I read it, but doubt I'll reread.
Read more
Report abuse

MALCOLM
5.0 out of 5 stars SECOND TIME ROUND
Reviewed in the United Kingdom on 10 June 2017
Verified Purchase
At the start l was unsure if l would like this. That changed. It is a cracking book full of twists and turns. Read it, you will not want to put it down
Read more
Report abuse

Kindle Customer
5.0 out of 5 stars Absolutely wonderful!
Reviewed in the United Kingdom on 29 October 2016
Verified Purchase
You can't miss this one - it's amazing. Incredibly romantic but so engrossing. Every time you think you've figured it out, it changes! Loved it!
Read more
Report abuse
See all reviews
Back to top
Get to Know Us
Make Money with Us
Let Us Help You
And don't forget:
© 1996-2021, Amazon.com, Inc. or its affiliates