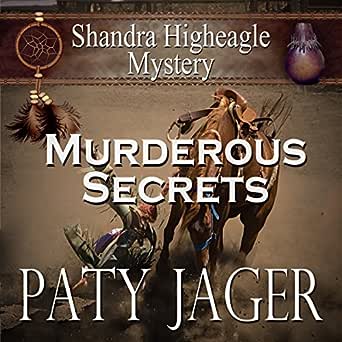 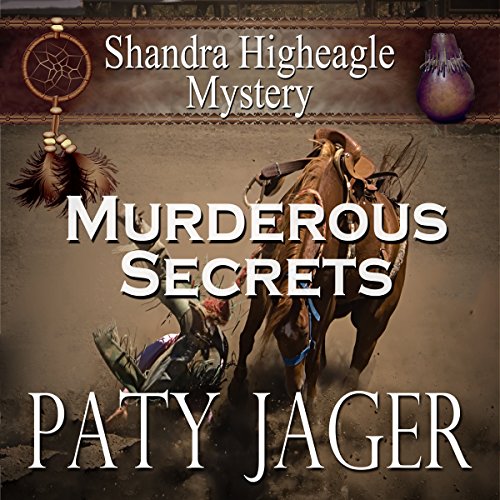 Kindle Customer
5.0 out of 5 stars Delayed just
Reviewed in the United States on 28 October 2017
Verified Purchase
Everybody seemed to believe that Edward Higheagles death was an accident, except his daughter, Shandra. So 20+ years after his death, Shandra decides she has to do her best to learn the truth. With the help of her grandmother, who appears to her in her dreams, and her very good friend Detective Ryan Greer, the inestigation begins. Where it leads is not pretty. I have to tell you that I wasn't all that surprised when the killer eventually came forward to try to stop Shandra once and for all. This character had appeared in prior books. I thought there was something hinky about him then, so wasn't surprised when he revealed himself as the culprit in this book. He was a small, petty person; filled with jealousy, hate, and venom towards not only Edward Higheagle, but towards Shandra herself. I cheered inwardly when the this dispicable excuse for a man was finally caught. On to the enxt book in this series!
Read more
Report abuse

Betty Louise
5.0 out of 5 stars Not an Accident
Reviewed in the United States on 20 November 2018
Verified Purchase
The 4th edition of Shandra Higheagle finds her looking into the death of her father. It was ruled an accident but her dreams from her Indian grandmother, Ella inform her something was wrong and the clues led to her Mother. Shandra spends some time with her Father's family to learn more about her Father. Detective Ryan keeps a close watch on what Shandra finds out and as she learns she was unwanted. Her Grandmother put a fear that if her Mother that if aborted her she would place a curse on her Mother. Who was responsible for changing horse the Father was to ride? Was he given a drug? What will Shandra discover? I HIGHLY RECOMMEND THIS BOOK AND SERIES.
Read more
Report abuse

Kindle Customer
5.0 out of 5 stars Highly addictive series.
Reviewed in the United States on 15 September 2019
Verified Purchase
This series caught me by surprise. Thought I'd try one and now I'm hooked. The characters are realistic. The twists and turns keep you on your toes. Even if you think you have it figured out getting to the end is an adventure. You can't go wrong with this one. I'd love the author to add A little happiness to Lil's life and I think we saw the start of that in this book. Still have !any to read but I don't think I'll be disappointed
Read more
Report abuse

windrunner
1.0 out of 5 stars Murderous Secrets
Reviewed in the United States on 17 March 2018
Verified Purchase
I love Native American Indian reservation thriller, mystery, suspense, murder, books. This book was recommended based on all my other books I’ve ordered. I thought I’d give it a try, but wish I hadn’t. It started slow and never picked up pace. I was grateful for a chapter break, hoping the pace would pick up....nope! I cannot recommend this book to anyone. Save your money. Read Tony Hillerman if you like Native American mystery books. Stay clear of this BORING book!!!
Read more
Report abuse
See all reviews
Get FREE delivery with Amazon Prime
Prime members enjoy FREE Delivery and exclusive access to movies, TV shows, music, Kindle e-books, Twitch Prime, and more.
> Get Started
Back to top
Get to Know Us
Make Money with Us
Let Us Help You
And don't forget:
© 1996-2020, Amazon.com, Inc. or its affiliates