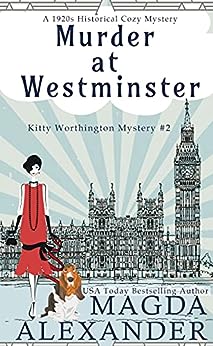 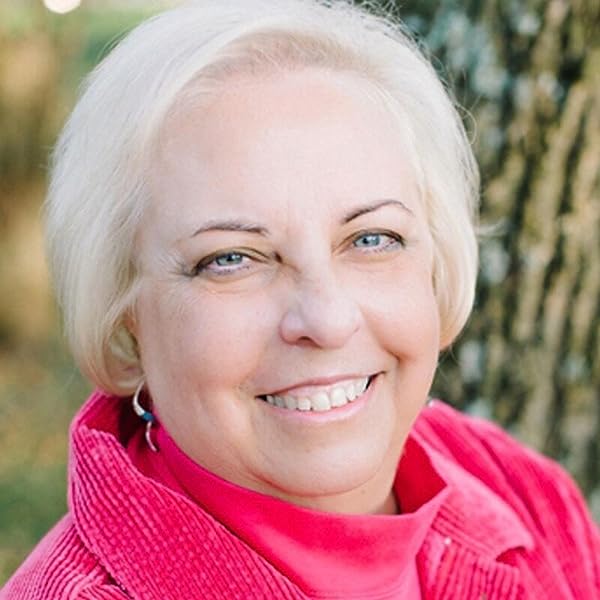 by Magda Alexander (Author) Format: Kindle Edition
See all formats and editions
Sorry, there was a problem loading this page. Try again.

Amateur sleuth Kitty Worthington once more jumps into the fray to nab the wily murderer of a high-ranking member of the nobility. Can she catch the killer before her sister's beloved pays the ultimate price?

London. 1923. Much to her consternation, Kitty Worthington's debut season is a resounding success, prompting marriage proposals from lords, rogues, scoundrels, and ne'er do wells. Even as she dodges them, a new intrigue arises, and at Westminster, no less. A high-ranking member of the nobility is murdered, and her sister's beau has been framed to take the fall.

With her sister's happiness at stake, Kitty once more sets out to investigate, ably aided by her faithful maid, two noble lords, a titled lady, and Sir Winston, her still flatulent Basset Hound. As they dash about London from the stews of St. Giles to the glittering ballrooms of Mayfair in search of the wily killer, can she convince the maddening Inspector Crawford to aid their quest? For if she fails to find the killer, her sister’s beloved may very well hang from the wrong end of a rope.

Murder at Westminster, the second book in The Kitty Worthington Mysteries, is another frolicking, historical cozy mystery filled with dodgy suspects, a wily villain, and an intrepid heroine sure to win your heart. For lovers of Agatha Christie and Downton Abbey alike.

Magda Alexander is the USA Today bestselling author of several books, including the popular KITTY WORTHINGTON MYSTERIES series. She's equally at home writing historical mysteries and sexy contemporary romances. When she's not glued to her laptop writing her next book, Magda loves to bake and try out new recipes in her Instant Pot. A lifelong learner, Magda earned her degree from the University of Maryland and now resides in a Maryland city whose history dates back to colonial times.

4.5 out of 5 stars
4.5 out of 5
786 global ratings
How are ratings calculated?
To calculate the overall star rating and percentage breakdown by star, we don’t use a simple average. Instead, our system considers things like how recent a review is and if the reviewer bought the item on Amazon. It also analyses reviews to verify trustworthiness.

Freisianpug
2.0 out of 5 stars Language, and research…
Reviewed in Australia on 22 March 2022
Verified Purchase
The modern American prose detracts from the English period setting, whilst a working man at that time would never estimate a distance as “10 meters”, since England was using Imperial measures at that point, and Rolex Oyster watches did not exist in 1923. Period correct detail would add veracity to this book, as these mistakes are distracting.
Read more
Helpful
Report abuse
See all reviews

Amazon Customer
5.0 out of 5 stars too many Americanisms
Reviewed in the United Kingdom on 14 March 2022
Verified Purchase
Excellent story lines - however American phrases make unexpected appearances plus the author is obsessed with the idea that every time a tea tray appears it is accompanied by a full meal of sandwiches and cakes which, as every reader will know, that just did not happen in the time that the story is set
Otherwise a really good book
Read more
2 people found this helpful
Report abuse

Ms. J. Nolan
5.0 out of 5 stars Another great read with yet another friend to defend
Reviewed in the United Kingdom on 17 April 2022
Verified Purchase
This time Kitty enlists her family and friends in searching out the killer. After seeking the truth in book 1, when her brother was under suspicion. She now has to prove her sister Margaret’s beau is innocent. This lands her in some challenging research, note taking and even risking her life!
Once again we are kept enthralled by Magda Alexander’s clever story telling, along side Kitty increasingly getting closer to Inspector Crawford.
.
Read more
Report abuse

Raymond Thomas
5.0 out of 5 stars murder at Westminster
Reviewed in the United Kingdom on 26 March 2022
Verified Purchase
What a brilliant book. Well written, humorous and gripping at the same time. It kept my attention from beginning to end
Read more
Report abuse

Rhythm's Mom
3.0 out of 5 stars often hard to follow
Reviewed in the United States on 9 February 2022
Verified Purchase
First, there was little evidence of proofreading- in one spot a blatant error with wrong character’s name (Kitty rather than Lily) claiming her brother had just become the new duke. It eventually became hard to follow when there were generations of dukes, often vaguely mentioned as “the duke”, (which duke?, as well as several earls and lords to distinguish.
Read more
4 people found this helpful
Report abuse

Pam S.
3.0 out of 5 stars Love this series!
Reviewed in the United States on 15 February 2022
Verified Purchase
First, let me say I love the characters, the story lines, the time period, and the mysteries are intricate. I will continue to read this series as long as the author writes them. Now for my honest criticism!! She needs a new proof reader desperately!!! There are numerous errors in punctuation, spelling, missing words in sentences, and extra words that don’t belong!! I’ve rarely read a book with so many errors!! HOWEVER, this being said, in spite of these glaring errors, I love the books, and will not stop reading them. I just hope the author hires a new proofreader, since the present one isn’t doing their job!!
Read more
One person found this helpful
Report abuse
See all reviews
Report an issue
Does this item contain inappropriate content?
Report
Do you believe that this item violates a copyright?
Report
Does this item contain quality or formatting issues?
Report