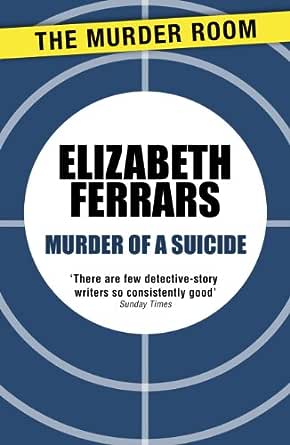 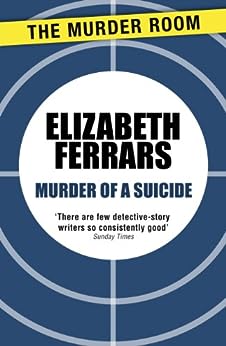 One of the best-loved and most prolific crime writers of her generation. --This text refers to an alternate kindle_edition edition.

Elizabeth Ferrars 1907-1995One of the most distinguished crime writers of her generation, Elizabeth Ferrars was born in Rangoon and came to Britain at the age of six. She was a pupil at Bedales school between 1918 and 1924, studied journalism at London University and published her first crime novel, Give a Corpse a Bad Name, in 1940, the year that she met her second husband, academic Robert Brown. Highly praised by critics, her brand of intelligent, gripping mysteries beloved by readers, she wrote over seventy novels and was also published (as E. X. Ferrars) in the States, where she was equally popular. Ellery Queen Mystery Magazine described her as as 'the writer who may be the closest of all to Christie in style, plotting and general milieu', and the Washington Post called her 'a consummate professional in clever plotting, characterization and atmosphere'. She was a founding member of the Crime Writer's Association, who, in the early 1980s, gave her a lifetime achievement award. --This text refers to an alternate kindle_edition edition.

ceric7
4.0 out of 5 stars A good puzzle
Reviewed in the United Kingdom on 23 June 2018
Verified Purchase
I am astonished that I did not find this author long ago and amazed to discover her connection with Edinburgh University where her second husband was Regius Professor of Botany.

This was her third detective novel, first published in 1941.It has not dated in the way that many from this era have. The plot is credible, the characters interesting and the writing good.

Toby Dyke and his sidekick, George, are slightly mysterious "detectives" who do not appear to do much detecting, but it is George who works out the somewhat unexpected solution.

Recommended as very readable with a good puzzle and lots of misdirection.