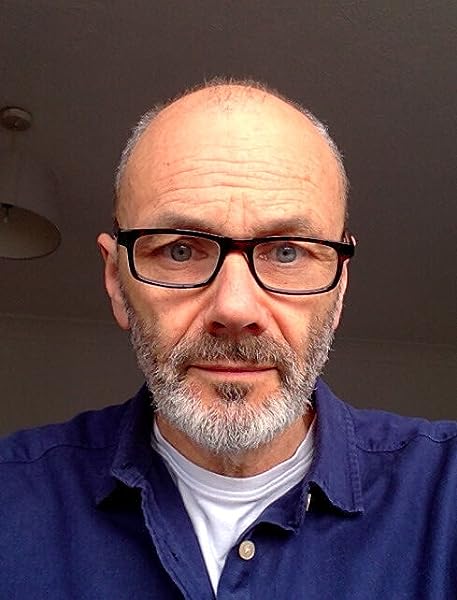 by Mick Finlay (Author)
4.5 out of 5 stars 160 ratings
See all formats and editions
Sorry, there was a problem loading this page. Try again.

‘Think Sherlock Holmes is the only detective working in Victorian London? Meet William Arrowood, the hero of Mick Finlay’s series of absorbing novels’ The Times

London Society takes their problems to Sherlock Holmes. Everyone else goes to Arrowood.
1896: A missing daughter. Three dead children. A sinister connection between a farm and an asylum.

PRAISE FOR THE MURDER PIT:

‘Another brilliant read from Mick Finlay . . . even better than [Arrowood]’ B.A. Paris

‘astounding … If you crave Victorian age murder mystery, love darkly gothic atmospheres and want your detective rather tattered and torn at the edges Arrowood is your man.’ SHOTS

‘A fantastic creation’ The Spectator

‘Arrowood feels… like he's always existed, we're only now being treated to an introduction. Mick Finlay's atmospheric, detailed, singular London is a terrifying place I hope to return to again and again.’ Ross Armstrong, bestselling author of The Watcher

‘If you ever thought the Sherlock Holmes stories might benefit from being steeped in gin, caked in grime and then left unwashed for weeks…Mick Finlay’s 1895-set detective debut is for you.’ Crime Scene

‘A book with enough warmth, charm, humour, and intrigue to signal the start of an excellent new series.’ Vaseem Khan, author of The Unexpected Inheritance of Inspector Chopra

‘Stunningly dark and atmospheric crime debut. This is a story that packs a powerful punch. With murder, intrigue, dark humour, compelling characters and an extraordinary backdrop, it’s to be hoped that Arrowood is just the opener for a thrilling and original new series.’ Lancashire Evening Post

Mick Finlay was born in Glasgow and grew up in Canada and England. He now divides his time between Brighton and Cambridge. He teaches in a Psychology Department, and has published social psychological research on political violence, persuasion, and verbal and non-verbal behaviour. Before becoming an academic he worked as a tent-hand in a travelling circus, a butcher's boy, a hotel porter, and in various psychology-related roles in the NHS and social services. He reads widely in history, psychology, and enjoys a variety of fiction genres (including crime, of course!).

Read more
Start reading The Murder Pit on your Kindle in under a minute.

Mick Finlay was born in Glasgow and grew up in Canada and England. He now divides his time between Brighton and Cambridge. Mick teaches in a Psychology Department, and has published research on political violence, persuasion, and verbal and non-verbal behaviour. Before becoming an academic, he ran a market stall on Portobello Road, and has worked as a tent-hand in a travelling circus, a butcher’s boy, a hotel porter, and in various jobs in the NHS and social services. He writes historical crime fiction set in 1890's South London. The first in the series, 'Arrowood', was published in 2017 by HQ Harper Collins. 'The Murder Pit' came out in January, 2019, and 'Arrowood and the Thames Corpses' in April, 2020. 'Arrowood and the Meeting House Murders' comes out on July 8, 2021.

“Arrowood is the Victorian workingman’s answer to the higher-class Sherlock Holmes — a foul-mouthed, hard-drinking, shabby detective with a seriously bad attitude toward his more famous counterpart.” Seattle Times – 10 of the Summer’s Hottest Crime Fiction Titles

London society takes its problems to Sherlock Holmes. Everyone else goes to Arrowood.

'Fountain Pen'
5.0 out of 5 stars Love Arrowood!
Reviewed in the United Kingdom on 11 February 2019
Verified Purchase
What splendidly-drawn characters Arrowood and his sister Ettie are, and the plot - quite an original one - had me glued to the pages. The dialogue is nicely tempered to reflect the personalities and prejudices of all the characters. An excellent second novel, and I look forward to the third.
Mr. Finlay has a sound grasp of this particular aspect of Victorian social history, and a good enough knowledge of 19th-Century London, to make the setting and the action entirely authentic and plausible.
I could go on and on about how outstanding this novel is (the interplay of drama, action and comedy, for instance, or Barnett's narrative, or the poignancy surrounding him), but other reviewers have covered all the bases, Highly recommended if you love this 'genre' (I hate that word).
Read more
2 people found this helpful
Report abuse

Emma Charman
5.0 out of 5 stars Fantastic read
Reviewed in the United Kingdom on 14 February 2019
Verified Purchase
I can not begin to tell you what a great book this is. I was glued to the pages, if I had the time I would have devoured it in just one sitting. I do hope there is a third instalment, fingers crossed. If you like a good crime drama, then this is for you. I promise you will not regret it. In fact it was so good I did not want it to end. I do like the Victorian era too, it’s a very gritty read with a satisfying conclusion.
Read more
One person found this helpful
Report abuse

christian pattison
5.0 out of 5 stars Exciting Victorian grand guignol detective fiction
Reviewed in the United Kingdom on 26 March 2019
Verified Purchase
Fuelled by puddings and ale, Arrowood and Barnet are on the case once more - pausing only to dodge soap and beatings and to swill Mariani tonic wine. This time they are investigating a corrupt asylum system that treats its patients as resources to be sucked dry for profit. Finlay's erudite research shines in a dark Victorian London, where the forces of good and evil battle for the souls of the city's inhabitants. All the novel is entertaining and wickedly humorous, though the level of historically accurate dirt and pollution make you grateful to be reading the book in the present rather than living in its past. The last quarter of THE MURDER PIT has more shocks and revelations than I ever believed it possible to pack into such a short literary space - and Finlay manages this feat with aplomb, leaving the reader breathless and impatient for the next Arrowood novel. I highly recommended this book to anyone looking for excitement and with a yearning to dive into the viscera of bygone London.
Read more
3 people found this helpful
Report abuse

CJ & JD Bailey
5.0 out of 5 stars The Murder Pit (An Arrowood Mystery, Book 2)
Reviewed in the United Kingdom on 26 March 2019
Verified Purchase
Again, as with the first book, a gripping read. The author's descriptions of life in the late Victorian era is so vivid, you feel as if you're there. To me, it's a mixture of Dickens, Ripper Street with good old Sherlock Holmes in the background but not shown in the way most people think of this fictional character. Thoroughly enjoyed both these books. Are there going to be anymore about Mr Arrowood and his assistant Norman Barnett? I do hope so!!!

Mr Robert Caldwell
4.0 out of 5 stars Victorian skulduggery!
Reviewed in the United Kingdom on 12 April 2019
Verified Purchase
Second in this series and develops the characters extremely well against a background of cruelty, corruption and murder. The squalor of Victorian London is well realised. Thoroughly enjoyed it and looking forward to the next one!
Read more
One person found this helpful
Report abuse
See all reviews
Back to top
Get to Know Us
Make Money with Us
Let Us Help You
And don't forget:
© 1996-2022, Amazon.com, Inc. or its affiliates