Skip to main content
Murder One (The Ben Kincaid Novels Book 10) and over 1.5 million other books are available for Amazon Kindle . Learn more
Share <Embed> 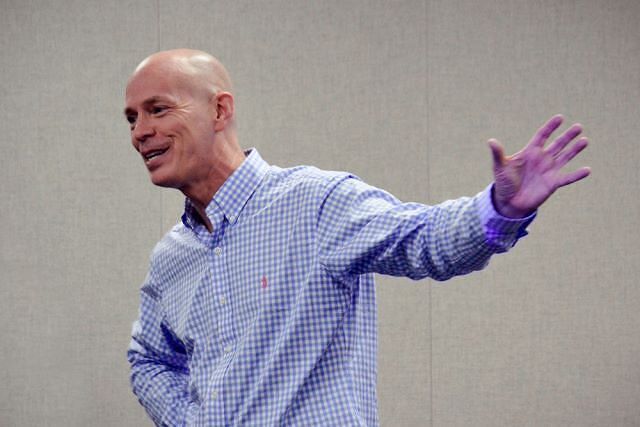 Page 1 of 1 Start overPage 1 of 1
Previous page
Next page
Start reading Murder One (The Ben Kincaid Novels Book 10) on your Kindle in under a minute.

e, bestselling author William Bernhardt thrusts idealistic Tulsa, Oklahoma, attorney Ben Kincaid into the most controversial courtroom challenge of his career . . . an explosive murder case that Kincaid will confront not only as a lawyer--but as a defendant.

The crime is remarkably heinous: veteran police detective Joe McNaughton is found savagely slain, mutilated, and hung from a public fountain in downtown Tulsa. Scrawled across his chest in blood is the word FAITHLESS. The accused is a tabloid reporter's dream: stunning, nineteen-year-old Keri Dalcanton, a stripper involved in a kinky affair with the married McNaughton . . . and now cast by media, police, and public alike as a vengeful woman scorned.

Powerful circumstantial evidence and the prosecution's deftly orchestrated attacks on the defendant's character have Kincaid's client all but convicted. Until a major technical blunder by overzealous cops overturns the case--and sets Keri Dalcanton free. Amid a firestorm of o

William Bernhardt is the author of thirteen books, including Primary Justice, Blind Justice, Deadly Justice, Perfect Justice, Double Jeopardy, Cruel Justice, and Naked Justice--which led Library Journal to dub the author "master of the courtroom drama." He has twice won the Oklahoma Book Award for Best Fiction. A former trial attorney, Bernhardt has received several awards for his public service, and in 1993 he was named one of the top twenty-five young lawyers in the nation. He lives in Tulsa with his wife, Kirsten, and their children, Harry and Alice.

D. Collins
5.0 out of 5 stars Ben Kincaid at his best
Reviewed in the United States on 16 June 2019
Verified Purchase
William Bernhardt has done it again. His books are always well thought out and well written. The plot twists took me by complete surprise every time. Great read.
Read more
One person found this helpful
Report abuse

Gin
5.0 out of 5 stars Give it a try!
Reviewed in the United States on 25 July 2016
Verified Purchase
This is an excellent series if you enjoy suspense in the law genre. I found the end of this book a surprise. The character Ben Kinkaid is likeable and smart. He and the secondary characters grow on you quickly.
Read more
One person found this helpful
Report abuse

Doug
5.0 out of 5 stars Great thriller
Reviewed in the United States on 14 February 2018
Verified Purchase
Like the series. Can not put it down.
Read more
One person found this helpful
Report abuse

John Morrison
2.0 out of 5 stars Nope
Reviewed in the United States on 27 September 2018
Verified Purchase
Couldn't get into it.
Read more
Report abuse
See all reviews
Get FREE delivery with Amazon Prime
Prime members enjoy FREE Delivery and exclusive access to movies, TV shows, music, Kindle e-books, Twitch Prime, and more.
> Get Started
Back to top
Get to Know Us
Make Money with Us
Let Us Help You
And don't forget:
© 1996-2020, Amazon.com, Inc. or its affiliates