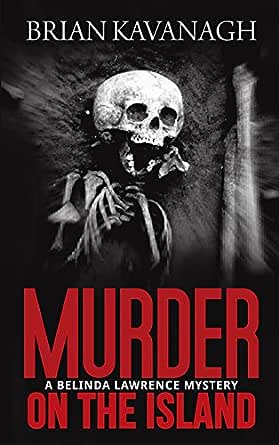 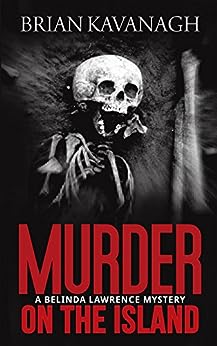 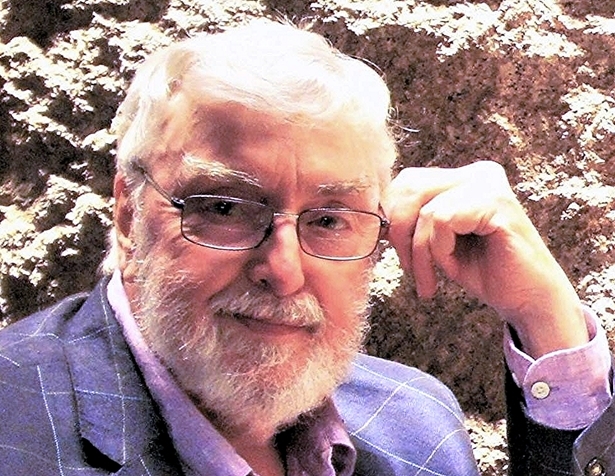 Murder on the Island (A Belinda Lawrence Mystery) Kindle Edition

Belinda and Hazel find themselves on the island of Guernsey where they are invited by Sir Mark’s mother, Melba, Lady Sallinger. Other house guests include her parents, a handsome interior designer, a slovenly bookseller, a Jesuit priest, and Catherine, a mysterious woman writer. Soon after, the residents of the old Tudor mansion are thrown into confusion with the discovery of human remains buried in the garden.

The priest tells of the Guernsey Martyrs, burned alive in 1556 for theft, and he believes a silver cup from that theft, is hidden in the house. One murder and a second mysterious death lead to revelations of past crimes that resonate to the present day and result in an exciting resolution tinged by the island’s history of Nazi occupation.

‘Belinda Lawrence is a woman who is highly charged when it comes to solving a mystery. She lets nothing stand in her way right down to entering other people’s home without invitation. I like her independent nature, her daring maneuvers, her determination. Mr. Kavanagh did a great job choosing characters that supported and/or worked against Belinda. A good read filled with suspense and mystery.’– ALTERNATIVE READ

‘Belinda is the type of heroine that will be beloved and leave readers wondering what’s happening to her next. I know I will be.’– AMAZON. Yvonne Reviews.

‘Brian Kavanagh has an amusing turn of phrase and his interpretation of the wonderful English mystery series of yesteryear makes for delightful entertainment.’– AMAZON. Angela S.

heather cameron
5.0 out of 5 stars Loved it
Reviewed in Australia on 23 February 2019
Format: Kindle EditionVerified Purchase
Absolutely love this book. They just keep getting better. So happy with the ending. Keep them coming. I need Belinda.
Read more
Helpful
Comment Report abuse
See all reviews from Australia

Diana M. Hockley
5.0 out of 5 stars HIGHLY RECOMMENDED
Reviewed in the United States on 10 January 2016
Format: Kindle EditionVerified Purchase
I can never resist "cozy" mysteries, so when I learned that Belinda Lawrence is involved in a new mystery involving the island of Guernsey to meet up with Mark Salinger, her fiance, and meet his mother at her house, I just had to read it. The old girl is a real trout and takes over the wedding immediately. Belinda's parents and her friend Hazel, a priest and two strangers are the bystanders in this mystery and they are joined by another person - the book seller from the island. Hazel of course, has a young man in her sights and rather than making her a cougar, I find this trait in her personality (it's been in other mysteries) almost endearing. Suddenly Mark is called away on business, leaving Belinda to the mother's tyranny. Then as is usual with Belinda Lawrence novels, bless her, a murder occurs!

Written with all the panache of which Brian Kavanagh is known, as always I thoroughly enjoyed his work :)
Read more
One person found this helpful
Helpful
Sending feedback...
Thank you for your feedback.
Sorry, we failed to record your vote. Please try again
Report abuse