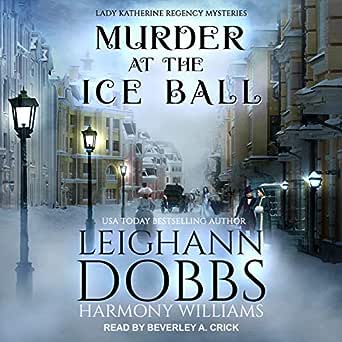 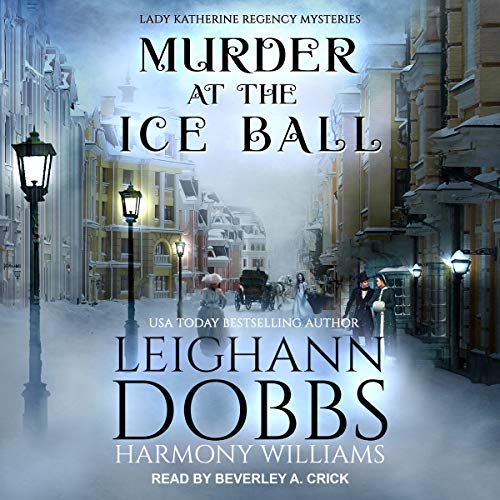 Kindle Customer
5.0 out of 5 stars Without friends you have nothing.
Reviewed in Australia on 2 November 2019
Verified Purchase
Katherine finds herself investigating a possible murder at the behest of her father. This one is extremely poignant as the body is a good friend of Katherines step mother who just might have a few secrets of her own.
Read more
Helpful
Report abuse
See all reviews

Savvy shopper
4.0 out of 5 stars This series is good fun
Reviewed in the United Kingdom on 14 March 2019
Verified Purchase
I really like this author and have read other books by her. This series is fun, although sometimes the chances the main character (Lady Katharine) takes seem foolhardy and very unlikely, as are the plots. But I do like mysteries taking place in early 19th cent. High Society. These aren't as well-written as those by Anne Perry though.
Read more
Report abuse

arctic blond
4.0 out of 5 stars Well worth reading!
Reviewed in Canada on 24 September 2018
Verified Purchase
I thought it was a well thought out plot, delivered in a way as to keep the reader interested. Well worth a read!
Read more
Report abuse

Kelly G
2.0 out of 5 stars Totally ashamed of myself...
Reviewed in the United States on 6 December 2018
Verified Purchase
I've read all three books in this series. What I learned from book three was similar to what I discovered in book one: everyone in these books, especially the heroine, is exceedingly stupid. Thank goodness they exist in a time where they get help to dress; otherwise I don't think they'd survive.

Now, you might ask yourself, why in the world would I read these books if I felt that way?? Truth be told, I'm not quite sure of the answer myself. Call it desperation as I wait for other authors to publish. Call it willingness to try something new since I'm not a big fan of "cozy" mysteries. You might even call it giving benefit of the doubt since I am a sucker for a good Regency mystery. Unfortunately, none of this helped my sense of utter buyer's remorse when I read these books - other than the fact that I managed to kill an hour or two.

Lady Katherine Irvine, our protagonist, is supposed to be the Regency example of an independent woman a la Jane Austen's Emma. However, she comes across more like Shakespeare's Katerina in "Taming of the Shrew." She's stubborn, single-minded, and arrogant. She is oblivious to the world around her and, despite being a "detective" (I really have to use this word in the loosest sense when talking about this woman), she misses clues and can't read a person worth a damn. It's like a dog looking for a bone, except a dog has the sense to stop looking when it's evident the bone isn't there (which means the heroine's pug, Emma, is a better developed character than the heroine herself). Most annoyingly, she constantly insists that she has to solve mysteries on her own. She can't, though, because she's so full of herself that she's missed something obvious and someone has to point it out to her (sometimes Emma). The last time I got this irritated with a protagonist, my Kindle almost went flying across the room. It was close here too.

The characters are ridiculous, the stories are banal, if half-cooked (see "The Baffling Burglaries of Bath"), and the historical detail is practically nil. Research must have consisted of an hour's time on the Internet and then a period of binge watching Downton Abbey. Even the "curses" the protagonist uses are limited to what Yosemite Sam would use on a bad day. I get that these are cozy mysteries and they are, as a rule, a bit more "family-friendly" than most mysteries. I'm not opposed to this. However, while I can't be sure "tarnation" wasn't used during the Regency era, I am sure (thanks to other authors who HAVE done their research) that other coarse, yet not-so-coarse, language did exist. The repetition and lack of any real historical flavor hints at the laziness of the authors and suggests a certain ignorance on the part of the readers.

R.H. McCort
5.0 out of 5 stars Instead of 1 detective we now have a group
Reviewed in the United States on 15 January 2019
Verified Purchase
While attending the Ice Ball, Lady Rockland falls from the balcony above and Lady Katherine is quick to begin investigating especially when she learns that Lady Rockland was a friend of her step-mother, Susanna. There is conflicting witness testimony, two ladies in a dark cloak and this now “group” out there acting as detectives to solve the murder. Lady Katherine, her maid Harriet, her pug Emma, Bow Street Runner friend Lyle, her recent matchmaking success Prudence and her finance Lord Annandale and it wouldn’t be complete if Captain Wayland wasn’t along. I personally think it will be at least two more books before we know why Lady Katherine’s father doesn’t approve of Captain Wayland. Is this the best that could have been written probably not, but I still want to see how this group will solve more mysteries and murder, and I like both author’s so for me I will keep reading.
Read more
One person found this helpful
Report abuse
See all reviews
Get FREE delivery with Amazon Prime
Prime members enjoy FREE Delivery and exclusive access to movies, TV shows, music, Kindle e-books, Twitch Prime, and more.
> Get Started
Back to top
Get to Know Us
Make Money with Us
Let Us Help You
And don't forget:
© 1996-2020, Amazon.com, Inc. or its affiliates