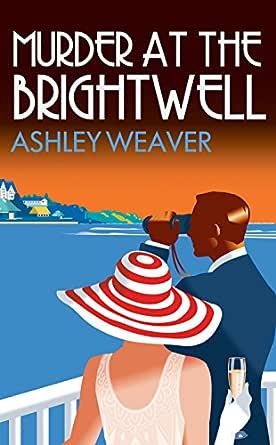 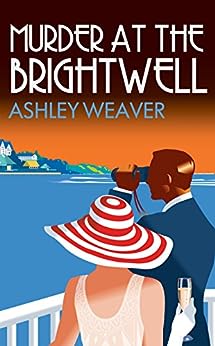 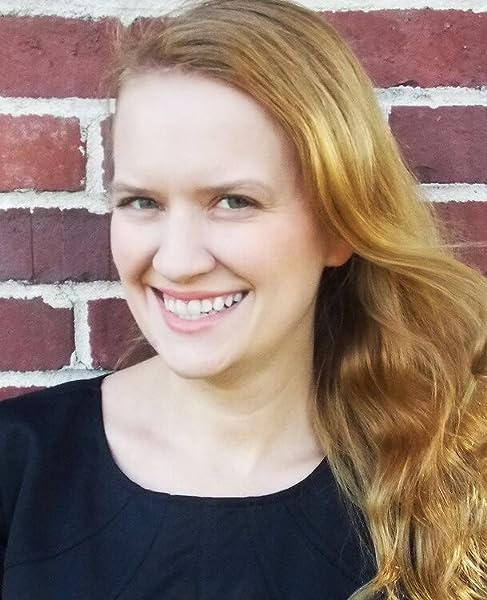 'Great escapism with enough of a puzzle to tingle the little grey cells'. Lesley Mason, The Bookbag 'Weaver lays the foundation for a solid series in her first novel as she channels the ambience and spirit of British society during the post-World War I years. She keeps Murder at the Brightwell moving at a lively pace with clever twists, droll humor and odd, but believable characters'Associated Press 'Weaver, a librarian by profession, brings a sense of classy '30s style to her first novel, which is a winner in every respect, and one especially recommended to fans of Agatha Christie, Nicola Upson, and other writers of traditional mysteries' Reading the Past Blog 'Shows great promise for a fun new series for those who enjoy the style of Allingham or Sayers' Bookgarden Blog 'Unexpected twists and turns and a delightful cast of characters... If you like your murder served up on a silver platter with a side of romance and an abundance of wit, this book is for you'. Historical Novels Society 'Murder At The Brightwell is a bold attempt to give new life to the country house mystery... Weaver is clearly a gifted writer. I am surely not alone in looking forward to her next offering' Daily Mail 'This charming, polished and engrossing debut novel brings to life the glamorous world of a 1930s British coastal resort where the rich and well-to-do gather for fun, intrigue - and murder' GOOD BOOK GUIDE 'An exciting mystery is in the style familiar from the 1930s novels of the mistresses of the genre - Agatha Christie, Margery Allingham and Dorothy Sayers ... a satisfying read with an appealing heroine' Mystery People --This text refers to the hardcover edition.

ASHLEY WEAVER is a librarian and has worked in libraries since she was 14. Originally from Texas, Ashley now lives in Oakdale, Louisiana. Murder at the Brightwell is her debut novel. --This text refers to the hardcover edition.

4.4 out of 5 stars
4.4 out of 5
275 global ratings
How are ratings calculated?
To calculate the overall star rating and percentage breakdown by star, we don’t use a simple average. Instead, our system considers things like how recent a review is and if the reviewer bought the item on Amazon. It also analyses reviews to verify trustworthiness.

Amazon Customer
4.0 out of 5 stars Fabulous holiday read.
Reviewed in Australia on 1 November 2017
I love these sorts of stories: light, entertaining, grounded in the period (generally). A sort of modern version of Agatha Christie, I suppose. 'Modern' in that is not written in that period. Of course still set in 1930s. BTW I'm hoping Milo turns out to be a sort of Scarlet Pimpernel character, and that his aloof, detached manner is a persona he's created to hide being a government agent, or some such thoroughly useful thing. I so don't want him to be just a regular super handsome, but bounder-ish sort of husband. But am halfway through second book as no sign of that so far .... sigh. Anyway, thoroughly enjoyed. Its perfect holiday reading, and am on holiday so I bought the second immediately and am now exactly 50% through it.
Read more
Helpful
Report abuse
See all reviews

Damaskcat
5.0 out of 5 stars Murder at the Brightwell
Reviewed in the United Kingdom on 26 September 2014
Verified Purchase
Amory Ames is rather bored with her life and has almost reached the conclusion that her marriage to philandering Milo was a mistake. Then her old flame, Gil Trent asks her to go and stay at the Brightwell - a fashionable hotel in Devon - where his sister Emmeline is staying with her fiancé, Rupert Howe, and a party of friends. Gil doesn't think Rupert is the right person for his sister and wants Amory to try and persuade her to break off the engagement. Amory doesn't see that she will be able to persuade Emmeline but she's willing to try and a holiday sounds like a good idea. But the holiday turns out to be rather more dangerous than expected when Rupert is murdered and just precisely why has Milo seen fit to follow Amory?

This is an entertaining and well written mystery set in the nineteen thirties. I thought the characters were well drawn and believable and I like Amory who narrates the story. It is a mystery in the Agatha Christie tradition and the author does bring the background to life very well. If I have a criticism it is that there are rather too many Americanisms in the text considering the book is set in England and none of the character are American. However it didn't spoil my enjoyment of the story. The plot is well constructed and I didn't work out who the murderer was at all so that it was a shock to me when it was revealed.

If you like mysteries set in the 1930s then you may well enjoy this one. It is described as the first in a series so it will be interesting to see what the next one is like and I shall be looking out for it.

S Riaz
5.0 out of 5 stars Murder at the Brightwell
Reviewed in the United Kingdom on 7 October 2014
Vine Customer Review of Free Product( What's this? )Verified Purchase
This delightful murder mystery is set in 1932. Amory Ames regrets her five year marriage to playboy Milo, who seems to spend his time holidaying without her and appearing in the gossip columns, when she is approached by her ex fiancé Gil Trent. Gil’s sister, Emmeline, is planning to marry Rupert Howe – a man who reminds Gil worryingly of Milo. Gil invites Amory to join a group of friends holidaying at the Brightwell Hotel, as Emmeline and Rupert will both be there, in the hope that she can warn her of the consequences of marrying in haste. Amory is unsure of how she can help, but agrees to go, even though Milo has suddenly returned home.

This is a classic Golden Age scenario. A great cast of characters are assembled at the Brightwell when Amory arrives – including actor Lionel Blake, Nelson Hamilton and his soft spoken wife Larissa, solicitor Edward Rodgers and his platinum blonde wife Anne, the flashy Veronica Carter and banker’s daughter Olive Henderson. There are lots of secrets, unrequited love and, before long, murder… When Gil is a suspect, Amory decides she must help clear his name. However, if she had conflicted feelings about Gil before, life is going to become even more complicated when Milo follows her to the Brightwell and becomes involved with her sleuthing.

I thought this was a charming book, with a great central character in Amory, aided by the deliciously handsome Milo. Set at a fashionable British seaside resort, the author has skilfully recreated the period between the wars. The depression is hinted at, but both Amory and Milo obviously come from backgrounds of both wealth and privilege. This will appeal to readers who enjoy books by authors such as Carola Dunn and Nicola Upson and I hope very much that this becomes a long running series, as I can’t wait to read more adventures starring Amory Ames.

Intheamazone
5.0 out of 5 stars An Enveloping Read.....
Reviewed in the United Kingdom on 10 December 2018
Verified Purchase
Set in the 1930's - the setting an art deco hotel on the coast - a murder mystery featuring, sometime amateur sleuth, Amory Ames and, sometime errant playboy, husband Milo. This is an excellent and enveloping read. Nicely written with credible characterisation and a good moving plot littered with red herrings. Amory is a likeable protagonist and narrator. Thoroughly enjoyable and a real treat.
Read more
One person found this helpful
Report abuse

Sylvia Kathleen Hopkins
5.0 out of 5 stars The Thin Man and his good lady live!
Reviewed in the United Kingdom on 28 April 2019
Verified Purchase
Absolutely brilliant, captured the period very well. Thoroughly enjoyed the story and couldn't put it down.
Read more
Report abuse
See all reviews
Get FREE delivery with Amazon Prime
Prime members enjoy FREE Delivery and exclusive access to movies, TV shows, music, Kindle e-books, Twitch Prime, and more.
> Get Started
Back to top
Get to Know Us
Make Money with Us
Let Us Help You
And don't forget:
© 1996-2020, Amazon.com, Inc. or its affiliates