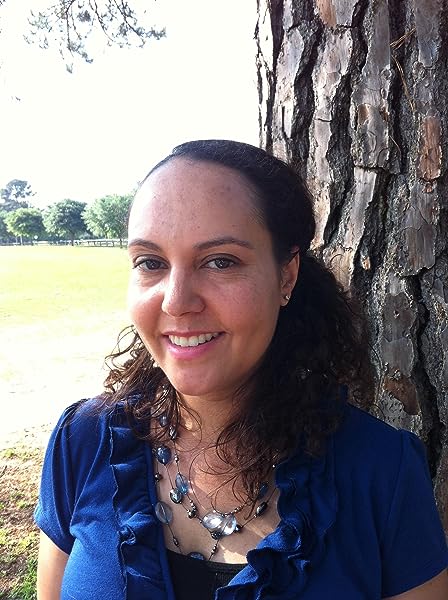 by Stephanie Blackmoore (Author)
4.6 out of 5 stars 48 ratings
See all formats and editions
Sorry, there was a problem loading this page. Try again.

A native Pittsburgher, Stephanie Blackmoore now lives in Missouri, with her husband, son and two spirited cats. She was an attorney in Pittsburgh and a librarian in Florida before becoming a writer. Stephanie is a fan of snow, pierogis, and everything black-and-yellow. She is hard at work on her next Wedding Planner mystery. Readers can visit her website at StephanieBlackmoore.com.
Start reading Murder Borrowed, Murder Blue on your Kindle in under a minute.

Nina Senecal
5.0 out of 5 stars Five Stars
Reviewed in Canada on 26 February 2018
Verified Purchase
Good story and mystery. The author does a good job of masking the murderer
Read more
Report abuse

vegas92(AnyGoodBook)
4.0 out of 5 stars An Easy Read...
Reviewed in the United States on 13 April 2021
Verified Purchase
Mallory Shepard is settling in nicely in her mansion, deeded to her by her ex-fiancé's grandmother. She's turned it into a thriving B&B and wedding planning business, along with her sister Rachel, who does the baking. She's agreed to host a wedding for a TV reality show called I Do, with the celebrity wedding to be actress Dakota Craig and her country-star boyfriend, Beau Wright. But she was also strong-armed a while back to host the Winter Ball for a girls' academy by her almost-ex-mother-in-law, Helene Pierce, and it coincides with the show, so she's doubly busy.

When everyone arrives, she's happy to see that they're pleased with her ideas, making things go a bit smoother. But when the maid of honor turns up dead the night of the Winter Ball in Mallory's office, suddenly things go haywire. Now Mallory has another murder on her hands - to the consternation of police chief Truman Davies. As if that's not bad enough, she's discovered that the host of the show is her boyfriend Garrett Davies' ex -- and mother of his daughter Summer. Not to mention that her sister has a one-track mind and is hounding Mallory for another reason. Now she's trying to figure everything out, including if running the B&B was such a good idea in the first place...

This is the third book in the series, and I felt that in many ways it was better than the second. But, I still do not like Rachel. She's manipulative, selfish, self-centered, and spiteful. She attacks Mallory with snide remarks, and even thinks it's fine that Mallory suffers as long as she gets what she wants! What a sister. I wouldn't have anything to do with her. I'd tell her to get out and hire another baker. Especially since Rachel doesn't help Mallory with any of the cleaning duties, either. She's practically worthless, as far as sisters go.

Unfortunately, that made parts of the book irritating. Even so, I still enjoyed the story line, and Mallory definitely had her hands full with trying to plan a wedding -- several times over -- and keep everyone happy in the process. Her relationship with Garrett is undergoing a few problems because of the ex, but she does try not to let it bother her. And yes, we do have Helene Pierce throwing her weight around occasionally -- I wish she'd just go away, too. I really abhor the 'evil nemesis' in books, almost as much as I abhor love triangles (and try to avoid books that have them).

But finding a killer isn't all that easy when there are so many suspects -- a houseful of them, actually -- and trying to figure out who had motive to kill the woman is difficult, especially when Mallory thinks that everyone loved the woman. But when it comes down to the wire, Mallory figures it out almost too late, and of course the murderer is apprehended (as we know they will be) and we're given a taste of what is to come next in the series. Recommended.

Mavella22
3.0 out of 5 stars Nice read
Reviewed in the United States on 17 January 2019
Verified Purchase
This is the third book in the Wedding Planner Mysteries, but the first I've read. I really enjoyed this book.
Mallory Shepard and her sister, Rachel, run a B and B, and plan weddings. While planning a celebrity wedding, hey also were hosting the Winter Ball of a local private high school.
The Winter Ball seemed to be going off okay, until Ginger, the headmistress, who was also the Maid of Honor in the celebrity wedding, was murdered. Mallory gets involved in trying to solve the crime.

The characters in this book were interesting, and the plot was well thought out for the most part. I enjoyed it quite a bit, and look forward to reading other books in this series.
Read more
One person found this helpful
Report abuse

Jeanie Jackson
4.0 out of 5 stars Good but not the best of the series.
Reviewed in the United States on 5 June 2018
Verified Purchase
Murder Borrowed Murder Blue is a good book but it does not compare to the first two books of the series. There is action throughout but it seemed to drag. I would recommend it for fans of the series but not as the starter book.
Read more
2 people found this helpful
Report abuse

Karin
5.0 out of 5 stars Murder Borrowed Murder Blue by Stephanie Blackmoore
Reviewed in the United States on 1 December 2020
Verified Purchase
Too many people being killed, trying to be killed, or just plain nasty that I finally started writing their names down – and then I lost the paper!!! I was really sorry to lose it because I had a couple of VERY GOOD suggestions. In spite of this, I did enjoy the story and recommend the book.
Read more
Report abuse
See all reviews
Back to top
Get to Know Us
Make Money with Us
Let Us Help You
And don't forget:
© 1996-2021, Amazon.com, Inc. or its affiliates