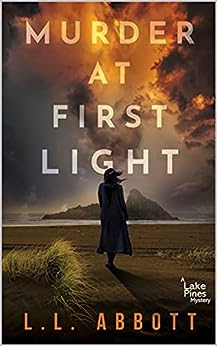 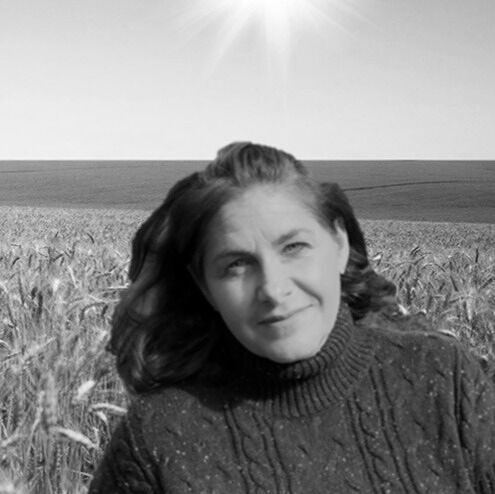 by L.L. Abbott (Author) Format: Kindle Edition
See all formats and editions
Sorry, there was a problem loading this page. Try again.

A regatta, a murder, and a small town.

As dawn breaks and the horn is about to signal the start of the season's favorite race, a body drifts out from under the main city dock, sending chills through spectators and racers.

While vacationing in Lake Pines, Doctor Kerry Dearborne finds herself in the unfortunate position of not only finding the body but immediately being at odds with the current coroner when she disagrees with his reported cause of death. Kerry is positive that the unknown woman has been murdered, and she wastes no time in telling Constable Peter George what she thinks. Having more faith in Kerry than his own coroner, Constable George pulls her into the case and soon the two uncover evidence that not only proves the unknown woman has been murdered but that there is no shortage of suspects either.

As the tormented life of the victim unravels there is more to this small idyllic cottage town than anyone realizes as tensions mount, and soon the murder victim's life of regret begins to reveal itself one piece at a time.

Soon more victims fall prey to the murderer's desire to keep their crime hidden and the town residents and cottagers are put on edge as they push for answers and an arrest.

As clues point to suspects, Kerry learns that the small town of Lake Pines has more layers than she ever could have realized. But will the intrigue be enough to make her want to stay?

Murder At First Light is the first book in the Lake Pines Mystery Series and introduces Doctor Kerry Dearborne to both readers and the residents of this small northwestern Ontario town nestled on beautiful Lake of the Woods. Read this exciting murder mystery book series on Kindle eBook, Paperback or Large Print.

Read Murder At First Light and find out why small towns and big crimes always go together!

L.L. Abbott writes mystery and suspense thrillers for readers who enjoy atmospheric settings, layered characters and the 'ah-ha' moments of classic whodunits with a contemporary twist. She also writes how she reads, delving into genres that entertain, excite and inform. She's the author of several series, historical fiction novels, YA books and inspirational journals. Having called both Canada and the U.S. home, she pulls interest, settings and ideas from many cultures, weaving stories and characters into her novels. Find out more at LLAbbott.com

Wendy
4.0 out of 5 stars A Gripping Murder Mystery
Reviewed in Canada on 18 September 2021
Verified Purchase
“Murder At First Light” a gripping murder mystery begins when Doctor Kerry Dearborne in transition from her job and stopping over in the town of Lake Pines discovers a body drifting from underneath the city dock before the summer boating regatta. At odds with the current coroner about the blow to the victim’s head which points to murder she joins forces with Constable Peter George that uncovers evidence of Velma Whitney’s troubled life and several suspects including an unfaithful, husband burdened by mounting debt and talk of her selling her cottage. But with every clue discovered it becomes clear that the idyllic town of Lake Pines holds many hidden secrets.

Fast-paced, intensity and suspense mount with her boat, dented at the front and a bloody rock discovered on Wolf Island. With a well-developed plot filled with twists and turns like her troubled daughter, an attack on her husband and blue fibers from one of the sailing team’s jackets under the victim’s fingernails, the mystery grips the reader as it moves fluidly to a surprising climax and the promise of second book.

Among a host of compelling personalities is stubborn, elderly coroner Dr. Crompton; the tenacious, perceptive Dr. Kerry Dearborne, and troubled, philanderer Harrison Whitney. I would have liked more development in the characters and in Kerry’s interest in Simon Phillips the manager of Fox Lodge.

However I thoroughly enjoyed “ Murder at First Light” and will look for other books in this series.
Read more
Report abuse

Brenda Rollins
5.0 out of 5 stars A great Whodunnit
Reviewed in Canada on 17 November 2021
Verified Purchase
Murder at First Light, the first book in the Lake Pines mystery series was a suspenseful read filled with many surprising twists and turns the reader never sees coming. The use of imagery gives life to a book that investigates death and it was a nice easy read, filled with mystery and intrigue.

Dr. Kerry Dearborn’s short visit to the islands of Lake Pines ends up thrusting her back into a career she was initially running away from, but the quest for peace and justice prevails in a scientific mind, especially when the current coroner seems to have tunnel vision and is unable to see or explore the truth and the facts right in front of him. There is a huge difference between murder and accidental death and Kerry is on the case to find a murderer.

The islands casts its own hold on Kerry and her short stopover becomes a more permanent home base for her. I thoroughly enjoyed this book from a Canadian author who has the ability to keep the reader guessing page after page. I did not see that ending coming at all. A great whodunnit!
Read more
One person found this helpful
Report abuse

Habanero Baker
4.0 out of 5 stars Pretty good
Reviewed in the United States on 12 June 2021
Verified Purchase
A good first start to the series. There were several editing errors throughout the book, such as missing words and ''shoeshoeing" instead of "snowshoeing.". The characters need further development, but that should occur in future books. The reason for the murder seemed a bit far-fetched. More about writing style and editing:. Sentence fragments now seem the norm.
Read more
One person found this helpful
Report abuse

Jim C
5.0 out of 5 stars Fast moving whodunnit....
Reviewed in the United States on 26 May 2021
Verified Purchase
Wow was a great read indeed. I kept thinking I had it all figured out and then... I didn’t. There was a perfect balance of suspense and character development plus felt like I was there in that picturesque lakeside town.
Read more
3 people found this helpful
Report abuse
See all reviews
Back to top
Get to Know Us
Make Money with Us
Let Us Help You
And don't forget:
© 1996-2022, Amazon.com, Inc. or its affiliates