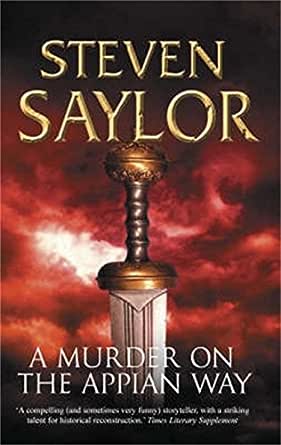 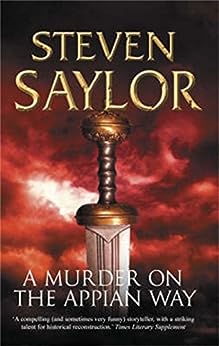 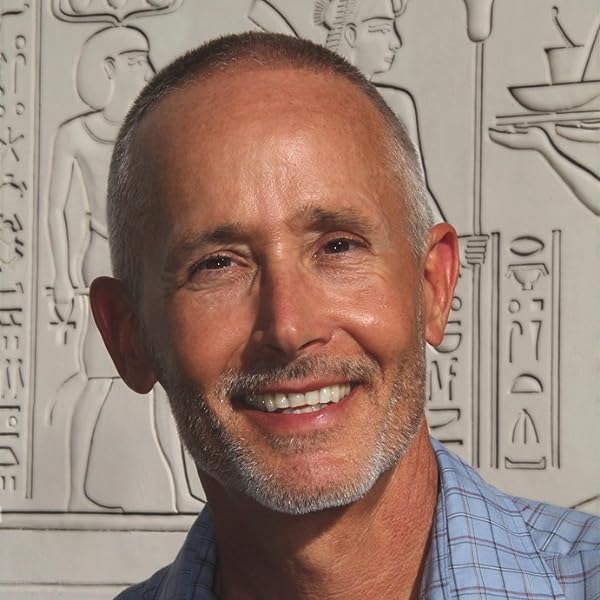 "Saylor puts such great detail and tumultuous life into his scenes that the sensation of rubbing elbows with the ancients is quite uncanny." --The New York Times Book Review

"Saylor is skilled at spinning a tale out of unlikely historical sources . . . literate, humane, and dramatic." --The Boston Globe

"The suspense never lags as Saylor spins a sophisticated political thriller that also brings his readers up to speed on their Roman history." --Publishers Weekly

Steven Saylor is the author of the long running Roma Sub Rosa series featuring Gordianus the Finder, as well as the New York Times bestselling novel, Roma and its follow-up, Empire. He has appeared as an on-air expert on Roman history and life on The History Channel. Saylor was born in Texas and graduated with high honors from The University of Texas at Austin, where he studied history and classics. He divides his time between Berkeley, California, and Austin, Texas. --This text refers to the paperback edition.

Remarkable.. a stirring blend of history and mystery, well seasoned with conspiracy, passion and intrigue - Publishers WeeklyWill delight readers in virtually every page.... Saylor has acquired the information of a historian but he enjoys the gifts of a born novelist - Boston GlobeThe remarkably vivid and finely etched historical background at once roots the characters firmly in their time and brings them alive for our own - Kirkus Reviews --This text refers to an alternate kindle_edition edition.

Part of the Roma Sub Rosa series featuring Gordianus the Finder from the bestselling author or Roma and Empire. --This text refers to an alternate kindle_edition edition.
Read more

4.4 out of 5 stars
4.4 out of 5
70 global ratings
How are ratings calculated?
To calculate the overall star rating and percentage breakdown by star, we don’t use a simple average. Instead, our system considers things like how recent a review is and if the reviewer bought the item on Amazon. It also analyses reviews to verify trustworthiness.

Simon Binning
5.0 out of 5 stars Another corker from Saylor
Reviewed in the United Kingdom on 21 May 2013
Verified Purchase
I am a great fan of this series from Steven Saylor, and this is a great addition to the oeuvre. Although I do read other books based in the period, for me, Saylor is the best. He gets the feel for the time just right, and the atmosphere is always engaging. Gordianus is a thoroughly believeable character - as are the other regular characters, and the writing is way above most of the other 'sword and sandals' sagas.
This book has Gordianus involved in the conflict between Clodius and Milo, and is based heavily on the known facts of the incident of Clodius' death, and the subsequent fate of Milo. Saylor weaves the story around the facts, and involves Gordianus in unravelling the case, along with problems of his own.
From beginning to end, the story is gripping, involving people that he has met before, as well as new ones, who, no doubt, he will meet again in subsequent books.
If you are looking for gripping writing, based in a world that you can almost smell, then this series is for you, although to get the best from it, start at the beginning of the series!

Marylebone member
5.0 out of 5 stars A fantastic series to discover
Reviewed in the United Kingdom on 6 August 2017
Verified Purchase
This is by way of giving the whole sub Rosa series five stars, including the more recent 'Gordianus The Finder as a young man' books. They are all gripping & well written and they just ooze convincing knowledge of the period. Personally I wouldn't bother with his other books on Roman history. But Gordianus is a treasure.
Read more
One person found this helpful
Report abuse

julie mulhern
5.0 out of 5 stars Super story
Reviewed in the United Kingdom on 7 February 2014
Verified Purchase
One of the best in the series in my humble opinion. A solid set of characters with believable storyline. Really enjoyed this book, well done.
Read more
One person found this helpful
Report abuse

il verme di libro
5.0 out of 5 stars Five Stars
Reviewed in the United Kingdom on 8 February 2015
Verified Purchase
An excellent book in a series that brings the intrigue of ancient Rome alive; a really good read
Read more
Report abuse
See all reviews
Get FREE delivery with Amazon Prime
Prime members enjoy FREE Delivery and exclusive access to movies, TV shows, music, Kindle e-books, Twitch Prime, and more.
> Get Started
Back to top
Get to Know Us
Make Money with Us
Let Us Help You
And don't forget:
© 1996-2020, Amazon.com, Inc. or its affiliates