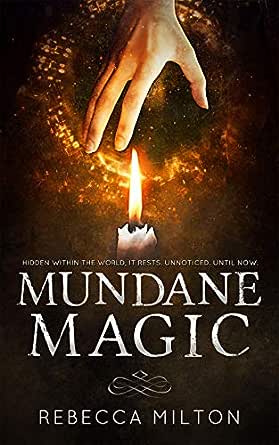 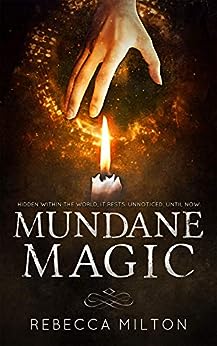 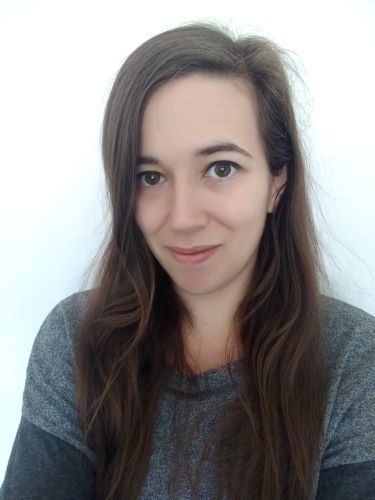 Anath
4.0 out of 5 stars An Enchanting Debut
Reviewed in the United Kingdom on 16 August 2017
Verified Purchase
I have to say that I found this debut novel thoroughly enchanting. Initially, up to about a third of the way into the novel I couldn’t but help feel I’d read a this before in the far less well-crafted “The Paper Magician” Trilogy with which is shares a number of interesting parallels, especially in their treatments of how magic exists, the general setting and main protagonist relationships.

I really loved the concept behind the way that magic functions especially how it fits into a heavily class ridden society which I’m guessing is a version of circa 18th / 19th century England. The author has chosen not to specify the exact time period, with only one obvious clue, which I leave you to glean for yourself.

Both the main protagonists are fleshed out with their strengths, weaknesses, foibles and flaws. A slight bugbear for me concerned the portrayal of the suffering of the heroine. This could have been a bit more well explained perhaps as to what it was. I didn’t “get” what it was meant to be from the narrative itself and was left wondering. That might have been deliberate on the part of the author or possibly sufficiently foremost in their minds that they didn’t realise that it might need to be more obvious. The complex issues touched upon are important enough that if raised they could have perhaps been explored a little further.

The pacing was great, drawing you further and further into the tale that can only result in late nights at the hands of “just one more chapter” syndrome.

The merging of the black and white of the story into shades of grey with the progression of each chapter is brilliantly handled meaning it was never predictable with more than the usual two dimensions. Even when the point was reached where you were explicitly told one of two things could happen the result was a surprise. That is the mark of some very clever writing right there.

What I didn’t like? Well, from a purely personal view point the pacing of the end of the book was not to my taste, I felt it went on longer than needed between resolution of the main plot and end of the story. I kind of like the end of a story to be at the end of the book as it were and I think some of the aspects relating to the heroine’s situation could have been dealt with earlier in the tale and as previously mentioned in a little bit more depth and clarity.

So, in my desire to avoid spoilers much of my above review probably makes little sense or is disjointed, which really does not do the book justice. So, that being the case, I think the best thing that you could probably do is to avail yourself of a copy of this fine work and read it for yourself. It is a delightful piece of storytelling, especially as a debut novel and I eagerly await this author’s next offering.

E. Palmer
5.0 out of 5 stars Phenomenal. Eagerly anticipating a sequel
Reviewed in the United Kingdom on 17 August 2017
Verified Purchase
There is a charming subtlety about Mundane Magic - it casts off the flamboyant fairytale magic we are used to reading of in novels and examines a more realistic magic. As realistic as magic could possibly be, anyway. The premise feels incredibly tangible and the storyline is mysterious, well-paced and engrossing.

The book hosts excellent characters (a fundamental of any great work) with rich histories and traits that add depth to each of them. They and their actions are believable and it is impossible to not feel compelled to route for them in their journey, through high points and tough times. We glance at the complex thought processes, hopes and fears of our protagonists, and the book does not shy away from the very real mental turmoils suffered by many.

The anxious tension is felt strongly by the reader, broken by excited and vibrantly paced text, or romantic and nervous chapters. The writing has a lyrical ease that is very readable, leaving you fully immersed. Perhaps this is why I found myself late for work (because I just had to read one more chapter)!

I was utterly captivated by the world of Odette and her friends. A truly fantastic read for all fantasy novel enthusiasts, and J.K.Rowling, Cassandra Clare or Stephenie Meyer fans will adore this. I am desperately hoping for a sequel! Could this be the new series I have been waiting for?? My sincerest thanks to the author for gifting to me a book that I felt thoroughly addicted to. It has been many years since I have had such a good read!

Amazon Customer
5.0 out of 5 stars Can't help but hope for a sequel
Reviewed in the United Kingdom on 1 November 2017
Verified Purchase
I am quite a picky reader. If I cannot get into a book within the first couple of pages then it's almost guaranteed that I will never read the entire thing.

But within the first few paragraphs, I was hooked. Rebecca's writing style is captivating and she makes you fall in love with the characters from the offset and that love doesn't dissipate.

Full of intrigue, romance (in all senses of the word) and a world so far away but still so relatable, Mundane Magic was one of those books I just couldn't put down.

If you're a fan of books about characters and their world, then this is for you. I'm a huge fan of getting into the character's heads and feeling their emotions with them, and Rebecca done an amazing job at allowing for this.

And while I do not want to spoil the ending for anyone, I can't but hope for a sequel!
Read more
Helpful
Sending feedback...
Thank you for your feedback.
Sorry, we failed to record your vote. Please try again
Report abuse

Kindle Customer
5.0 out of 5 stars Well worth a read
Reviewed in the United Kingdom on 13 August 2017
Verified Purchase
An excellent debut novel, dealing sensitively with topics of love, anxiety, and rebellion against conformity. A+.
Read more
3 people found this helpful
Helpful
Sending feedback...
Thank you for your feedback.
Sorry, we failed to record your vote. Please try again
Report abuse

Was particularly interesting for the focus on why each of the characters does what they do, how that changes them and how who someone is shapes their magic in this world.
Read more
One person found this helpful
Helpful
Sending feedback...
Thank you for your feedback.
Sorry, we failed to record your vote. Please try again
Report abuse

What ended up happening is this: I got utterly, obsessively caught up in the plot and characters. I felt that Odette, despite being a mage, was very real—and very relatable. More importantly, I was proud and excited to see a protagonist with a mental illness. Events surrounding it were written so compassionately and realistically. And despite being a large part of Odette as a person, her mental illness was not the center of the plot, nor did it define her. Henry, too, is a multilayered and complex character who also happens to be a bisexual. His bisexuality is never demeaned or questioned; it's accepted by the other characters as something natural, a characteristic of him that
neither defines nor motivates him—as it should be.

Plot-wise, I felt the pacing was a bit off-balance, with the first 2/3 of the book taking its time and the last third, especially the climax, happening all at once. However, I loved the lengths of the chapters; they contained precisely what was needed for each scene and nothing more, nothing less. I thought the concept of magic in Mundane Magic was pretty unique, as well. I suppose that's the point. This isn't a high fantasy here, but an urban one more grounded in reality than most other stories I've read. Which I prefer, honestly.

Now, it's my duty to say that you really should read this book, but I also enjoyed it very much. It's a great story with great characters. And now I'm looking forward to more great stories, with more great characters, from this new and impressive author.
Read more
Helpful
Sending feedback...
Thank you for your feedback.
Sorry, we failed to record your vote. Please try again
Report abuse

Michael Johnson
5.0 out of 5 stars Don't miss this hidden gem!
Reviewed in the United States on 9 September 2017
Verified Purchase
An intriguing first book in what I hope will turn into at least a trilogy, "Mundane Magic" delighted and thrilled me. I'll admit a bit of dismay at a slow start, but the story picks up and runs with your imagination.

Especially catching my attention is the motley group of side characters, and their discovered (and generally mundane) powers; not exactly powerful by themselves, each still finds a myriad of ways to help their friends achieve their goals. Almost reminiscent of the Xanth novels and talents, whereas some may be simplistic skills, with others being more powerful. I'm hoping for a sequel, where more powers might yet be discovered.

The main characters are intricately human, unsure of themselves to the extreme. Absolutely predictable in their eventual romance, they dance around their impending love as moths to a flame. Still, a refreshingly simple love story serves to keep the reader focused on the story itself.

10/10, would read again.
Read more
One person found this helpful
Helpful
Sending feedback...
Thank you for your feedback.
Sorry, we failed to record your vote. Please try again
Report abuse

Gareth G
4.0 out of 5 stars Good read
Reviewed in the United States on 8 September 2017
Verified Purchase
Really good read. Got totally absorbed and could not put it down. Look forward to more works from this author.
Read more
One person found this helpful
Helpful
Sending feedback...
Thank you for your feedback.
Sorry, we failed to record your vote. Please try again
Report abuse