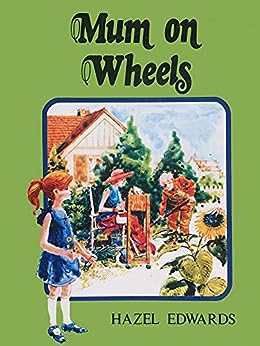 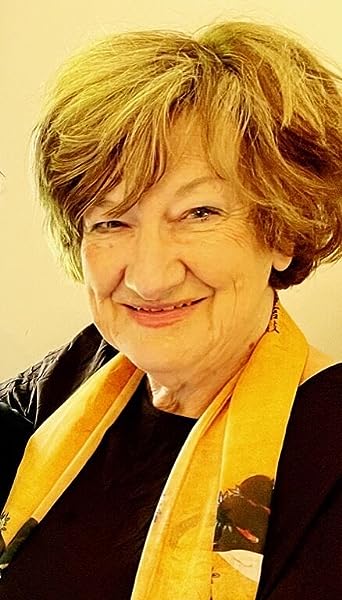 by Hazel Edwards (Author) Format: Kindle Edition
See all formats and editions
Sorry, there was a problem loading this page. Try again.
In 1980, this was the first junior fiction written by Hazel Edwards who is best known now for her ‘There’s a Hippopotamus on Our Roof Eating Cake’ picture book series.

It was inspired by her cousin John who was in a wheelchair and dedicated to him.

Originally called ‘Mum on Wheels’ (Hodder and Stoughton 1980), this slightly updated version is an insight into how although words may change, the importance of problem-solving via ‘good’ ideas remains.

Hazel Edwards (www.hazeledwards.com) has always been keen on books and ideas. Her anecdotal memoir 'Not Just a Piece of Cake;Being an Author' is about being a longterm author with a family and taking cultural or physical risks in her writing. 'Antarctic Dognapping' is on Kindle. So are former print books such as 'Fake ID (recently translated into Tamil) , Stalker and The Frequent Flyer series of junior mysteries.

An aqua-readaholic, she used to read in the bath. Now she listens to audio books in the car or while walking with her Ipad or Kindle and reads e-books.

In 2013 she was awarded an OAM (Order of Australia) for Literature.

Melbourne based, she writes a story every birthday for her grandsons.

Best known for 'There's a Hippopotamus on Our Roof Eating Cake' series , celebrating 40th anniversary in 2020, and adapted into a nationally touring musical, Hazel writes across media, for adults & children. Hazel runs Non Boring Writing and 'Complete Your Book in a Year' workshops for genealogists. Her 200 plus books have been translated into many languages.

'Hijabi Girl' and sequels co-written with Ozge Alkan and illustrated by Serena Geddes is to be a touring Larrikin Puppets' musical in 2021.

'Celebrant Sleuth: I do or Die' is an adult mystery with Quinn, a celebrant of diverse gender who performs wedding and funerals but who also solves mysteries.The sequel 'Wed Then Dead on The Ghan', an Agatha Christie role-play is being adapted as a screenplay.