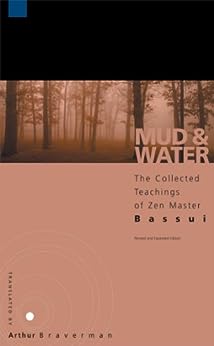 "Bassui was one of Japanese Zen's most original, dynamic and accessible teachers. Braverman has given us a sparkling translation that fully captures Bassui's unique vigor and insight and throws new light on an often neglected period of Zen's history"--Peter Haskel, author of Bankei Zen

"How wonderful! Not only the words of Zen Master Bassui, but also his marrow. Wherever you go in this precious book you will find your life."--Joan Halifax Roshi, Head Teacher, Upaya Zen Center

"Bassui's standard of enlightenment is awe inspiring! For over 30 years of our own practice Bassui's talks have inspired us. No matter how often we read him, his teaching is always fresh and alive. No matter how far into the bottomless well of wisdom we go, Bassui is there coaxing us deeper."--Zen teachers Chozen and Hogen Bays, co-abbots of Great Vow Zen Monastery

"Step in anywhere and you sink deeper and deeper through the rich mud. Thank you, Arthur Braverman, for introducing us so graciously."--Robert Aitken

"This work fully displays the engaging teaching style of Bassui, an important medieval Japanese master. With his independent spirit and dedication to Buddha nature, Bassui managed to bridge and include several prominent strands of Zen and Japanese Buddhism. His teachings demonstrate persistent study of true self, right in the mud of phenomena. He drinks the water of diverse Dharma teachings, helpfully elucidating their metaphors for us."--Taigen Dan Leighton, author of Bodhisattva Archtypes and translator, Cultivating the Empty Field --This text refers to an alternate kindle_edition edition.

Arthur Braverman has lived in Tokyo and in Kyoto, where he studied Zen at Antaiji Temple. He is the author of A Still Quiet Road as well as a translator of Buddhist texts. He lives in Ojiai, California, where he teaches at the Oak Grove School of the Krishnamurti Foundation of America. The fourteenth-century Zen master Bassui was recognized as one of the most important Zen teachers of his time. Accessible and eloquent, his teachings cut to the heart of the great matter of Zen, pointing directly to the importance of seeing our own original nature and recognizing it as Buddhahood itself. Bassui takes familiar concepts in Buddhism and recasting them in an essential Zen light. --This text refers to an alternate kindle_edition edition.

Mawar
5.0 out of 5 stars Heavy Read but informative
Reviewed in Australia on 21 September 2019
Verified Purchase
Ramana Maharshi was an inspiring guru and I really enjoyed reading about his life and self discovery.
Read more
Helpful
Report abuse
See all reviews

Abraham
5.0 out of 5 stars When a book teaches you more than a teacher
Reviewed in the United Kingdom on 26 September 2018
Verified Purchase
I think Zen's main issue with penetrating the west lies in the fact that there are not enough teachers who can help you along the way unlike in eastern countries. The need for an authentic teacher is vital for most who undertake the path of understanding and without someone you can turn to, your practice may (not will, just may) become misguided and full of delusions.
It is therefore paramount to have books such as this one to lean on which can substitute a physically present teacher and at least help you not lose sight of the most fundamental points.
Zen is a deeply personal practice but the result is always the same and to that end, a book just like a teacher can always help guide you to that result, albeit a book not being able to see at which point in your journey you are at or giving you personalised help tailored to you as an individual. Nevertheless, this book alongside Dogen's Shobogenzo and Yasutani's Three pillars of Zen can do a more than apt job of helping you on your journey and I would strongly recommend anyone to read these books who is serious about their practice and journey, especially if they do not have a teacher they can turn to. Let Bassui's words echo through time and space and illuminate your mind.
"Look directly! What is this? Look in this manner and you won't be fooled." - Bassui
Read more
Report abuse

a reader
5.0 out of 5 stars Five Stars
Reviewed in the United Kingdom on 9 November 2017
Verified Purchase
Product as described
Read more
Report abuse

Emon
5.0 out of 5 stars And, finally, the last word.....
Reviewed in the United States on 3 April 2011
Verified Purchase
If you ever read Bassui from the beginning, as one of your very first Buddhist writings, and then went on to read all those hundreds of other Buddhist works, I think you'd eventually return to Bassui: he just teaches it simply and without the circus and fanfare.
If, on the other hand, you happened upon Bassui after having read all those other hundreds of Buddhist works, then I think you just might find your self thinking "why didn't I start with Bassui from the very beginning?" If you had an original samadhi, so many years ago, and now your life is one of searching to re-experience that original "seeing", study Bassui. Especially "Letters to His Disciples". He is nuts-and-bolts Buddhism but without the labeling and the window dressing. Better yet, if it's possible, practice to realize your True Nature first, then bring in Bassui.
Read more
21 people found this helpful
Report abuse
See all reviews
Back to top
Get to Know Us
Make Money with Us
Let Us Help You
And don't forget:
© 1996-2021, Amazon.com, Inc. or its affiliates