Much Ado about Nutmeg (A Pancake House Mystery Book 6) and over 1.5 million other books are available for Amazon Kindle . Learn more
Share <Embed> 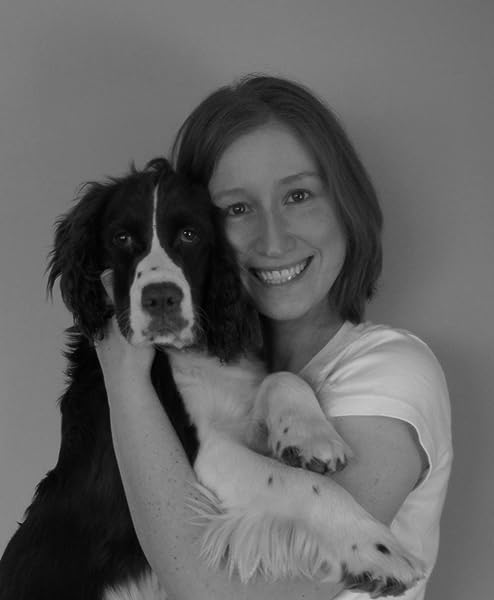 Page 1 of 1 Start overPage 1 of 1
Previous page
Next page
Start reading Much Ado about Nutmeg (A Pancake House Mystery Book 6) on your Kindle in under a minute.

"The narrator, Marguerite Gavin, does a great job with voices of the various character, expression and intonation, so that the listener can identify the characters." ---Carla Loves to Read

Sarah Fox was born and raised in Vancouver, British Columbia, where she developed a love for mysteries at a young age. When not writing novels or working as a legal writer, she is often reading her way through a stack of books or spending time outdoors with her English springer spaniel. Visit her at authorsarahfox.com.

Marguerite Gavin is a seasoned theater veteran, a five-time nominee for the prestigious Audie Award, and the winner of numerous AudioFile Earphones and Publishers Weekly awards. Marguerite has been an actor, director, and audiobook narrator for her entire professional career, and has over four hundred titles to her credit.

Cozy Up With Kathy
5.0 out of 5 stars characters with heart, a beautiful setting, and scrumptious food in a complex mystery
Reviewed in the United States on 29 January 2020
Verified Purchase
MUCH ADO ABOUT NUTMEG by Sarah Fox
The Sixth Pancake House Mystery

The Flip Side is doing great business as tourists arrive in droves for Wildwood Cove's Golden Oldies Games. Marley McKinney is pleased to meet many of the competitors and is happy to see that her friend Ed seems to be smitten with one of the reporters. Her delight turns to anger when she overhears the woman admit to using Ed. When Marley witnesses an argument and hears angry comments against the woman she knows that this reporter is bad news. It's more than Ed's broken heart that's at stake when Ivan finds a dead body on the beach. It's not the competitor who fell overboard his yacht and is missing, it's the reporter. And she didn't accidentally drown, she's been murdered.

I was so excited to be back at the Flip Side in Wildwood Cove. Each time I'm dazzled by Ivan's culinary skill and drool over him and his creations; banana nut pancakes, anyone? The sixth entry into the Pancake House Mystery is special in that Marley and Brett are finalizing their wedding plans. But don't think the book is all food and romance. There is an intricate mystery featured here.

There are lots of suspects to be found at the Golden Oldies Games, athletes, journalists, and coaches, as well as friends and followers of the event. Many of these suspects have a history, which Marley needs to uncover in order to sate her curiosity and solve the mystery. While everyone has pretty much given up on getting Marley to stop her sleuthing, she finds herself understanding their dread at her inquisitive nature, as teenager Sienna has got the sleuthing bug and has Marley concerned for her welfare. I had my own theories, but found myself quite surprised at the way the mystery unfolded.

MUCH ADO ABOUT NUTMEG is a well constructed complex mystery. Characters with heart, a beautiful setting, and scrumptious food make this book even more delectable.

Kathleen E. Chrisman
4.0 out of 5 stars Will There Be Wedding Bells?
Reviewed in the United States on 3 February 2020
Verified Purchase
Marley and Brett are planning their wedding. If only that was the only thing going on in their lives. Business is busier than usual with the Golden Oldies Games in town. The over 50's athletes are creating quite the stir in town not only with their many games but also with the murders that come with them. Can Marley keep her mind focused on her wedding and let the police deal with the murders?
As always, I enjoyed spending time with Marley, Brett and all the regular characters in this series. there are many new people in town with the games but I wasn't overwhelmed by them. Each one has a unique personality making it easy to follow the flow of the story without trying to play catch-up with all the new characters.
Read more
One person found this helpful
Report abuse

Dru Love
5.0 out of 5 stars best book yet
Reviewed in the United States on 19 January 2020
Verified Purchase
Marley was at the top of her game trying to figure out the killer's identity. In addition to looking for clues, she was also planning her wedding and the visually descriptive narrative made it all feel alive. I enjoyed following the clues along with Marley and yes, all suspects had revenge on their mind, but the one with the stronger motive, was identified as the killer. This is one of the best book in the series.
Read more
One person found this helpful
Report abuse

Debra L. Lyon
5.0 out of 5 stars The Pancake House continues
Reviewed in the United States on 28 January 2020
Verified Purchase
Marley is preparing for her wedding in just a few weeks and the Golden Oldies games is taking place in town. When one of the reporters is discovered washed up on the beach, though she wasn't liked by most people, will Marley solve this murder or take a step back and focus on her wedding plans?

A great next story in the Pancake House mystery series. Loved it.
Read more
Report abuse

Jana R. Buxton
5.0 out of 5 stars Just perfect!
Reviewed in the United States on 18 January 2020
Verified Purchase
Love this author and her warm cast of characters. Can't wait for the next in the series. A!ways such a fun read with a surprise ending.
Read more
Report abuse
See all reviews
Get FREE delivery with Amazon Prime
Prime members enjoy FREE Delivery and exclusive access to movies, TV shows, music, Kindle e-books, Twitch Prime, and more.
> Get Started
Back to top
Get to Know Us
Make Money with Us
Let Us Help You
And don't forget:
© 1996-2021, Amazon.com, Inc. or its affiliates