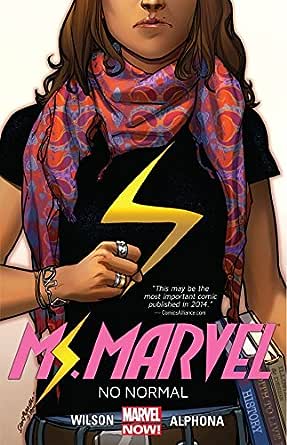 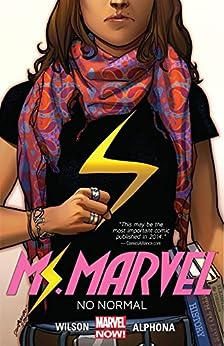 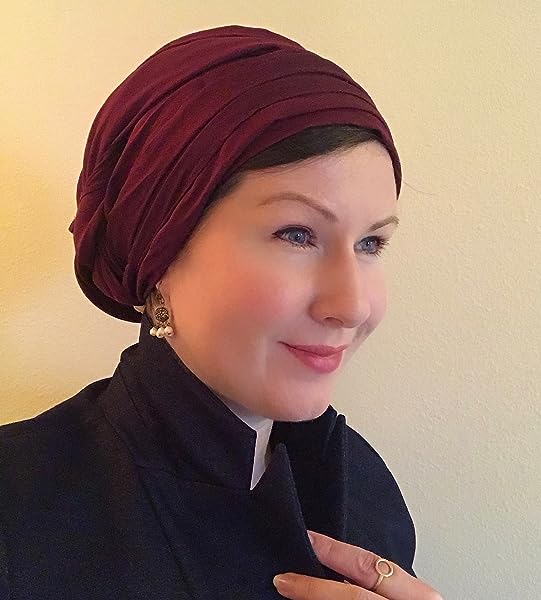 G. Willow Wilson is an award-winning and bestselling author of Ms. Marvel, Alif the Unseen, and other notable works. The recipient of the 2015 Hugo Award, her work often addresses the fault lines between tradition and pop culture. Born in New Jersey, she went on to attend high school in Colorado and converted to Islam in 2003. After moving to Egypt, she spent several years studying religion and Arabic. She currently resides with her husband and their two children in Seattle, Washington.

Shanta Parasuraman is a professional actor and voiceover artist who has experience in film, plays, musical theater, commercials, and audiobook narration. Despite shamelessly loving being the center of attention as a child, she didn't realize she had a passion for performing until her junior year of high school. When not narrating, she enjoys writing for both stage and screen. She currently resides in Bethesda, Maryland.

A diverse cast of individuals worked together to achieve the brilliant sound and performances contained in this audiobook.

Adrian Alphona is a Canadian comic-book artist best known for his work on Marvel Comics' Runaways, which he co-created with writer Brian K. Vaughan. --This text refers to the audioCD edition.

4.6 out of 5 stars
4.6 out of 5
884 global ratings
How are ratings calculated?
To calculate the overall star rating and percentage breakdown by star, we don’t use a simple average. Instead, our system considers things like how recent a review is and if the reviewer bought the item on Amazon. It also analyses reviews to verify trustworthiness.

ellison
3.0 out of 5 stars Shero
Reviewed in Australia on 22 December 2017
A sixteen-year-old girl of faith sneaks out against her parents wishes to attend a party! Upon departure she ends up in a cocoon and upon busting out she has super powers (she is a shape shifter like Plastic Man). She rescues a drunk girl. She has to navigate her relationship with her parents and participate in training to become who she will become. Decent art work, thin plot.
Read more
One person found this helpful
Helpful
Report abuse

thoughts by j.
3.0 out of 5 stars Beautiful origin story, cliched plot
Reviewed in Australia on 10 November 2018
I am a huge Marvel fan — I've watched the films, the TV series's, and I was super keen to pick up the comics. But it's hard to know where to even begin when it comes to the hundreds of thousands of graphic series out in the world. Having signed up to Amazon's Kindle Unlimited recently, it was quite a lovely surprise to see the mix of Marvel graphic novels available for loan on the platform. And where better to start off than with Ms. Marvel, which sounded like such a breath of fresh air compared to what is currently out there on our screens.

Kamala Khan is an ordinary girl, from an ordinary Muslim family. That is, until she discovers her extraordinary gifts to shift into different faces and bodies, as well as morph her body like elastic. Regardless of these newly discovered powers, the heart of this story is not just about Kamala's powers, but how her cultural upbringing and her own self can change the world.

It's an interesting exploration of culture, the predominance of white-focussed media and its impact on different generations. But most of all, it's a story about loving your own skin and knowing your own worth without complying to society's standards of what makes a 'hero'.

Kamala and her family are relatable to those of us that have yet to find a superhero in this universe who truly speaks our language. I'm definitely excited to see where Kamala's story will go, and how her background and family will help guide her along this journey.

While this is definitely a new and refreshing origin story for a Marvel hero, I do have to admit that plot wise, it was a tad cliche. It follows the same tropes we have seen over and over again, and there wasn't a single risk taken to diverge from this tried and true path. Regardless, I'm keen to see where Vol. 2 takes us — hoping it will be down a new and exciting path.
Read more
Helpful
Report abuse

LifeAmongPages
5.0 out of 5 stars Ms Marvel is better than I hoped!
Reviewed in Australia on 29 July 2018
I love that Marvel have created an openly Muslim superhero. In today’s society this is so important that Muslim kids have someone to look up to instead of feeling like everyone is against them.
Kamala is amazing, I adore her sass and thoroughly enjoyed reading this.
Read more
2 people found this helpful
Helpful
Report abuse

Noiresque
5.0 out of 5 stars Charming
Reviewed in Australia on 27 June 2017
A coming-of-age story about self-acceptance and forging one's own identity independent of but whilst remaining loyal to one' family. I think this would be a good starter for girls who want to read comics but don't know where to start, yet it is accessible enough to be enjoyable for anyone who does not mind teen-centric stories.
Read more
Helpful
Report abuse

Lexy
5.0 out of 5 stars Loved this!
Reviewed in Australia on 14 August 2019
This was a fabulous comic! Amazing ethnic representation and the positive msg that anyone can do what they set their minds too. The illustrations were stunning and the characters were so loveable.
Read more
Helpful
Report abuse

Sky
3.0 out of 5 stars Meh
Reviewed in Australia on 23 June 2020
The story bit boring, not attractive to much talking and confusin
Give 3* because the story line
Not recomended because the story
Read more
Helpful
Report abuse

JpC
4.0 out of 5 stars It’s ok
Reviewed in Australia on 20 December 2020
It’s ok but it didn’t exactly grab me like other books maybe more excitement and conflict or an underwater scene
Read more
Helpful
Report abuse

Dee
5.0 out of 5 stars My niece loved it.
Reviewed in the United Kingdom on 10 September 2018
Verified Purchase
For her 15th birthday, I got my niece a small selection of volume 1s just to introduce her to comics. As a small black girl, she'd always just assumed that there was nothing in the world of comics for her. Now she believes differently and is really excited to follow this character and further explore other titles.
Read more
13 people found this helpful
Report abuse

Kindle Customer
5.0 out of 5 stars Exciting and Dramatic graphic novel of a Marvel Muslim superhero!!
Reviewed in the United Kingdom on 28 September 2020
Verified Purchase
This book is well composed and is entertaining to read. It's really great to read a story about a Non-WASP character particularly an American-Pakistani Muslim girl. It was really refreshing and showed how diverse Marvel is in its comics. It was quite accurate in the depiction of family life , religious aspects and social life for the Muslim girl, Kamala Khan. Marvel have done a great job. However, the artwork is of a minor artistic quality as some of the panels with the characters' faces are pretty basic and are undeveloped. Some panels are reduced to simple drawings of faces which seemed to have been done by kids. This artworks leaves a considerable amount to be desired. Apart from that, it's a great volume.
Read more
One person found this helpful
Report abuse

Niall Elijah
5.0 out of 5 stars Worth your time
Reviewed in the United Kingdom on 30 December 2019
Verified Purchase
I love playing as Ms Marvel in MUA3 on switch and I wanted to learn more about her. It's a well written story and Kamala is such a lovable character already, 1 issue in. She's direct and honest about the world we live in and the struggles teenage-girls, especially ethnic minority teenagers, face in the 21st century. We learn about her family, and her background and we gain an insight into her thoughts and feelings as she takes on the Ms. Marvel mantle. She reflects on what she's been taught from her Pakistani heritage, quoting the Koran, to motivate her into her superheroship. I loved the part where she has a semi-religious experience in her terrigenesis and Captain Marvel speaks to her in Urdu! It's funny, witty and heart-warming. I really recommend this comic.
Read more
2 people found this helpful
Report abuse

Sarah
4.0 out of 5 stars First time reader
Reviewed in the United Kingdom on 3 June 2017
Verified Purchase
I have never read a comic in my life but have always been interested in superheroes, a recommendation from a friend set me towards ms marvel and I have to say I'm hooked!

Kamala is an engaging character who's own love for superheroes (seen through her fanfic) is a relatable aspect to her which I particularly enjoyed!

There is the occasional point of strange wording but mostly it runs true to how young adults and teens actually speak from my own experience.

Cormac
5.0 out of 5 stars Phenomenal Shero! Buy this!
Reviewed in the United Kingdom on 10 January 2016
Verified Purchase
This is a really great volume. Kamala Khan is a super nerd who gets to become the hero she always geeked out over. This is a fresh take on the humble origins story of any hero, mixing it in with the experience of a second generation kid struggling to find her place in a very white america. The standard superhero bits are great and Kamala is such a charming character, I also love the family scenes in it, they are heart warming and at times hilarious and give an interesting window into the life of an immigrant family in the states. BUY THIS COMIC!!!
Read more
3 people found this helpful
Report abuse
See all reviews
Get FREE delivery with Amazon Prime
Prime members enjoy FREE Delivery and exclusive access to movies, TV shows, music, Kindle e-books, Twitch Prime, and more.
> Get Started
Back to top
Get to Know Us
Make Money with Us
Let Us Help You
And don't forget:
© 1996-2021, Amazon.com, Inc. or its affiliates