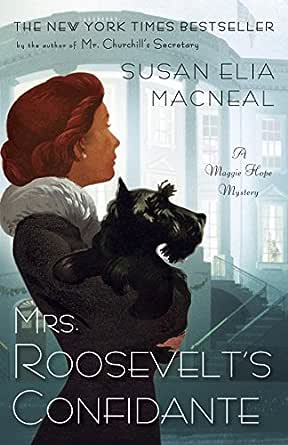 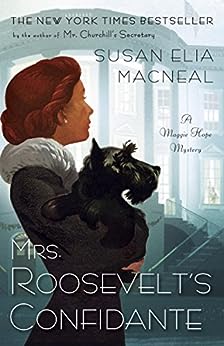 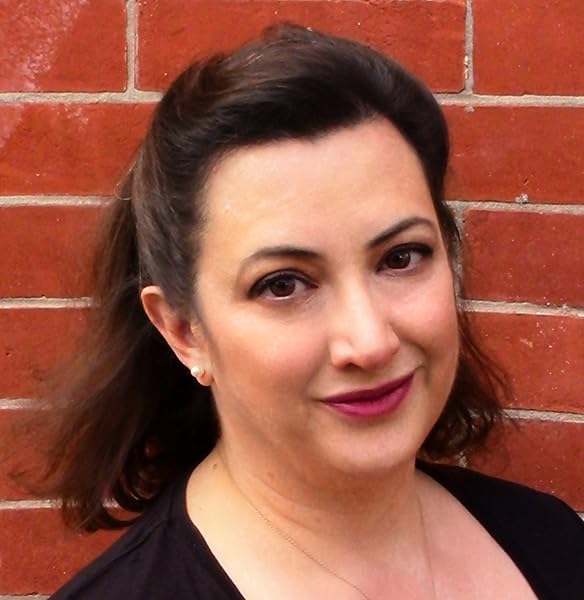 Praise for the bestselling Maggie Hope mysteries
You ll be [Maggie Hope s] loyal subject, ready to follow her wherever she goes. " O: The Oprah Magazine"
[A] stellar series. Minneapolis "Star Tribune"
A treat for WWII buffs and mystery lovers alike. " Booklist""

In this riveting mystery from Susan Elia MacNeal, England's most daring spy, Maggie Hope, travels across the pond to America, where a looming scandal poses a grave threat to the White House and the Allied cause.
See all Product description

M.A. De Neve
5.0 out of 5 stars MAGGIE HOPE AT HER VERY BEST
12 October 2017 - Published on Amazon.com
Verified Purchase
For this outing, Maggie Hope accompanies Winston Churchill and his staff to the White House in December 1941. That was just a few weeks after the Pearl Harbor bombing. Soon Maggie’s helping Mrs. Roosevelt avoid a scandal, helping solve a murder and even decrypting code found in the president’s desk. She also joins forces with an old college chum who is now a reporter. Together she and Tom attempt to rescue a black man from the electric chair.
John leaves Washington for Hollywood where Walt Disney makes him an offer. John is a budding cartoonist and author. Wernher Von Braun finally supervises a successful rocket launch, and, of course, there’s Clara. Although now a POW in Britain, Clara plots against the allies.
This is my favorite Maggie Hope adventure so far, and the other novels have all been very very good. I am not a code breaker, but I do enjoy reading about codes and Maggie is as always ready to try her hand at deciphering. I am not sure if anyone wants to try this, but Maggie works on FDR’s code. It reads: R S F G H V N R Q U Q R X X M N V F.
Can’t figure it out? The message is not that difficult. In fact, the code used is available in several books including kid’s books, and it would have been known to any code breaker - even one not as gifted as Maggie. But to understand the message, you’ll need to know something about other characters in this novel. Do their names have meanings like Maggie Hope’s name does? I don’t want to give too much away here. You’ll have to read the book.

Charlie Smith
5.0 out of 5 stars Maggie Hope Number 5 Even Better Than the First Four!
7 October 2017 - Published on Amazon.com
Verified Purchase
Susan Elia McNeal's Maggie Hope Mysteries are one of my favorite addictions. I have been trying to ration them, since there are but seven, but in less than ten months I have devoured five, and the final two are sitting here, next to me, in my room, taunting me. I don't know how long I will be able to hold out. Especially since each one surpasses the previous.

In this, "Mrs. Roosevelt's Confidante" there is much riveting, thrilling plot as Maggie is conscripted to the service of Eleanor Roosevelt, who finds herself in a sticky situation involving blackmail and abhorrent chicanery from sources who resent her support for people of color and other categories of folks that these racist, liberal-hating bigots find offensive and a threat to white-male supremacy. Hmm, sound familiar? Yeah, I thought so, too. Mrs. Roosevelt could just as easily be Mrs. Clinton, slandered and relentlessly attacked as they both were by the conservative right wing cabal of dishonest, duplicitous ninnyhammers.

Because America is set to join World War 2, Winston Churchill travels to Washington, D.C. to meet and negotiate with President Roosevelt. Maggie returns to her home country at Churchill's behest and while there she becomes involved in sleuthing the truth of the blackmail scheme, but, also, rekindling her love affair with her RAF pilot, John Sterling, though things keep getting in the way, and, too, in other parts of the world her not-dead-after-all mother, the Nazi spy, and her not-dead-after-all father, the brilliant scientist, are up to their own devious shenanigans.

Susan Elia MacNeal juggles all of these elements with grace and wit and break-neck pacing and, too, my particular favorite character, Maggie's gay friend, David Greene, is also along for the ride. What I find especially marvelous about the Maggie Hope series is the way in which historical detail is effortlessly intertwined in the story, educating and informing me about things I'd not known, never thought about, encouraging further reading --- and Susan Elia MacNeal includes a convenient list of sources and books at the end of the story.

And, too, Maggie Hope has a sensibility and a moral compass which is distinctly modern. Without being polemical or straining credulity, Susan Elia MacNeal includes ideas relevant to the current zeitgeist. I welcome an author who has a point of view and speaks it in compelling, entertaining, and delightful prose.

Michelle Boytim
4.0 out of 5 stars Maggie heads back to the U.S. for the meeting between Churchill and Roosevelt
24 December 2018 - Published on Amazon.com
Verified Purchase
This is the 5th book in the series. Maggie travels with the prime minister, Winston Churchill, on his visit to the United States for a meeting with President Roosevelt. While there, she offers to help Mrs. Roosevelt when one of her assistants fails to show up, and they find a gruesome discovery, one that threatens the reputation of the First Lady. Maggie must use all of her skills to help solve the mysterious death and the threat to Eleanor Roosevelt, while trying to reignite her relationship with John. As a side plot, we see Maggie’s mother kept as a prisoner of war in England, along with two German officers. As they are spied upon in the house, secrets are revealed that may have a crucial impact on the war. The author throws in many historical facts, along with a few cocktail recipes, showing the great divide on martinis between Churchill and Roosevelt. This was a good addition to the series, with indications of some further intrigue and changes to come for the characters.
Read more

Murph01
4.0 out of 5 stars Maggie Sails to Washington with Churchill
21 August 2017 - Published on Amazon.com
Format: Kindle EditionVerified Purchase
Maggie returns to London, partially healed from her mission in Berlin, but worried about what her future holds. When the Japanese attack Pearl Harbor, Churchill decides to travel to Washington to cement the pact between Britain and the US. Maggie accompanies him to D.C., in the company of her almost fiancé, John, and her friend David. As soon as they arrive, however, the secretary of Roosevelt's wife fails to show up for work, and Churchill volunteers Maggie's help. Eleanor accepts, thinking that Maggie is only a secretary. When they arrive at the secretary's lodgings, they find a dead body--an apparent suicide, and soon Maggie is using all her skills to protect the First Lady.
The previous book in this series seemed, to me, to be a gathering up of loose ends in preparation for the next step in Maggie's evolution. This book is much more tightly focused, and I really enjoyed it.
Read more
One person found this helpful
Go to Amazon.com to see all 392 reviews 4.1 out of 5 stars
Get FREE delivery with Amazon Prime
Prime members enjoy FREE Delivery and exclusive access to movies, TV shows, music, Kindle e-books, Twitch Prime, and more.
> Get Started
Back to top
Get to Know Us
Make Money with Us
Let Us Help You
And don't forget:
© 1996-2020, Amazon.com, Inc. or its affiliates