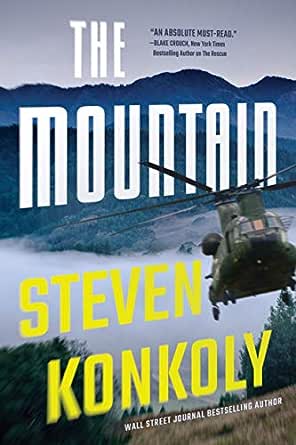 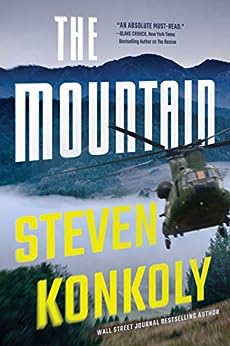 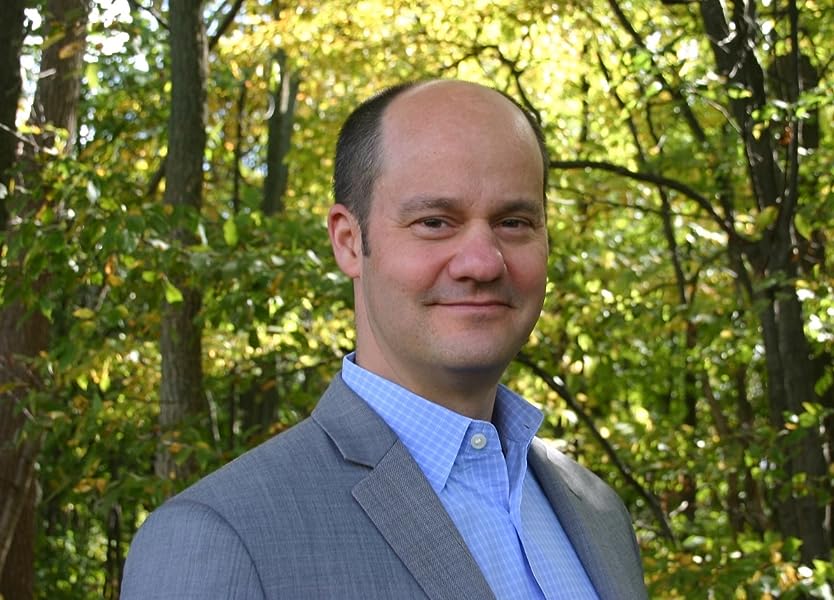 Investigating a missing persons case on Murder Mountain means looking for trouble in a propulsive thriller by the author of The Raid. --This text refers to the audioCD edition.

Steven Konkoly is a Wall Street Journal and USA Today bestselling author. A graduate of the US Naval Academy and veteran of several elite US Navy and Marine Corps units, Konkoly has brought his in-depth military experience to bear in his fiction. His novels include The Rescue and The Raid in the Ryan Decker series; the Black Flagged conspiracy saga; and the speculative postapocalyptic thrillers The Jakarta Pandemic, The Perseid Collapse, and the Fractured State series. Konkoly lives in central Indiana with his family. For more information, visit www.stevenkonkoly.com.

4.5 out of 5 stars
4.5 out of 5
1,001 global ratings
How are ratings calculated?
To calculate the overall star rating and percentage breakdown by star, we don’t use a simple average. Instead, our system considers things like how recent a review is and if the reviewer bought the item on Amazon. It also analyses reviews to verify trustworthiness.

Gavin Dickson
4.0 out of 5 stars Patchwork - a few loose ends
Reviewed in Australia on 30 August 2020
Verified Purchase
An intriguing storyline, but several promising subplots remained undeveloped as did several individuals.
The mountain fortress was not seriously developed and became largely irrelevant to the final battle which was a considerable distance from the fascinating area around Eureka. A patchwork of the tried and true from previous
Scenarios didn’t quite cut the mustard!

Amazon Customer
5.0 out of 5 stars Excellent reading
Reviewed in Australia on 25 October 2020
Verified Purchase
I have just read the Decker series, they kept me on the edge of my seat, very full on, I couldn't put the books down, I'm looking forward to the follow up or conclusion book/books!
Thank you

Julie Johnson-begg
TOP 500 REVIEWER
5.0 out of 5 stars Another scorcher
Reviewed in Australia on 24 July 2020
Verified Purchase
Konkoly knows his stuff. Decker and team end up at the pointy end again when they are asked to follow up on a missing person request in a ruthless violent drug controlled mountain area.
As the situation escalated Decker attacks it the only wY he knows - and the body count starts to rise.

healthysean
4.0 out of 5 stars Ryan Decker and Harlow a great Combination, Filled with Action...
Reviewed in the United Kingdom on 23 July 2020
Verified Purchase
Isn't it great when a new book arrived on your kindle, especially when you forgot about it, and here we have Book 3 in the Ryan Decker series....

Investigating a missing persons case on Murder Mountain means looking for trouble in a propulsive thriller by the author of The Raid.

When someone disappears on Northern California’s lawless Murder Mountain, it isn’t news. The vast terrain for illegal marijuana harvests is also a notorious black hole for outsiders. But when that someone is the family friend of the persuasive and righteous Senator Steele, finding him becomes covert investigator Ryan Decker’s mission.

For Decker, the risks of infiltrating a multi-billion-dollar outlaw industry are greater than he could possibly understand. Especially when that industry has flourished into the profitable backbone of a secretive and influential DC-based think tank. And protecting its untraceable revenue in the Emerald Triangle is a band of ruthless white nationalists.

What begins as a seemingly straightforward favour soon pulls Decker and his partner, Harlow Mackenzie, into a high-stakes conspiracy linked to the most cold-blooded puppet masters and power brokers in the country. The harder Decker and Harlow work to expose the insidious faction, the harder it’ll be to make it out of Murder Mountain alive.

Steven Konkoly delivers a thrilling action thriller, action packed, current event relevant story to keep every reader fully engaged from beginning to end. Decker and Harlow are knee deep trying to decipher the mystery of the Murder Mountain. The mountain is known for its small illegal marijuana farms but something more sinister and deadly brings Decker and crew snooping at its core.

Steve Konkoly brings together a fast paced book, great action, good chemistry, great characters, good and bad, full explosive stunts, and continues this series as a great series to follow, you just cannot dislike Ryan Decker and the great Harlow and her team

A great and easy four stars...

Lagoon
5.0 out of 5 stars Another hit.
Reviewed in the United Kingdom on 31 August 2020
Verified Purchase
If you are going to select one series to follow; one that gives you nigh on non-stop action, sarky dialogue, government conspiracies and, of course, more firepower than you can throw a frag grenade at, then you could do a lot worse than to follow Decker and his crew. This is the third book in the series and, having read all three, this is as good as ever. The plots have some real thought behind them; you will not find that in many similar styled series or one offs. The protagonists are likeable. The conversations don’t make you cringe. There’s a lot to be said for such a series.

There are other great books out there of course. All I’d say is that adding this series to your library would be no bad thing.
Read more
Report abuse

ThrillerMan
5.0 out of 5 stars Epic Action Adventure Thriller
Reviewed in the United Kingdom on 4 September 2020
Verified Purchase
The Mountain, third in the Ryan Decker series, is a great tale. Very detailed and descriptive with a thundering good plot that digs heavily into the seamier side of life with horrendous criminals and an assortment of often confused government agencies. The whole series is packed with violence, both gratuitous and necessary.
It took a while to get into the detailed and descriptive prose, but it is very much worthwhile.
The Mountain is a terrific read.
Read more
Report abuse

Ann Horne
5.0 out of 5 stars Another rollercoaster ride
Reviewed in the United Kingdom on 2 August 2020
Verified Purchase
Excellent book, a real page turner as usual with Steven. It is good to read books 1 and 2, but if you haven’t, you will still enjoy this book. The characters are all vivid, strong women too. There is a lot of action. The story begins with the death of the son of Senator Steele’s friend. She rings the Senator who offers to help and so the story starts.. Luckily for us its end is obviously another story. Looking forward to it.
Read more
Report abuse

John Mulhall
5.0 out of 5 stars A 5 star thrill
Reviewed in the United Kingdom on 14 November 2020
Verified Purchase
Another action packed 5 star thill for all action fans in this novel. The storyline expertly crafted, well written and highly engaging from cover to cover. It’s the third in the series and a great read on itself. However, The Raid and the Rescue are also great reads. The character development is done at a nice pace too... well worth the read for action and military genre fans.
Read more
Report abuse
See all reviews
Get FREE delivery with Amazon Prime
Prime members enjoy FREE Delivery and exclusive access to movies, TV shows, music, Kindle e-books, Twitch Prime, and more.
> Get Started
Back to top
Get to Know Us
Make Money with Us
Let Us Help You
And don't forget:
© 1996-2020, Amazon.com, Inc. or its affiliates