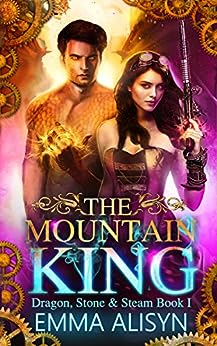 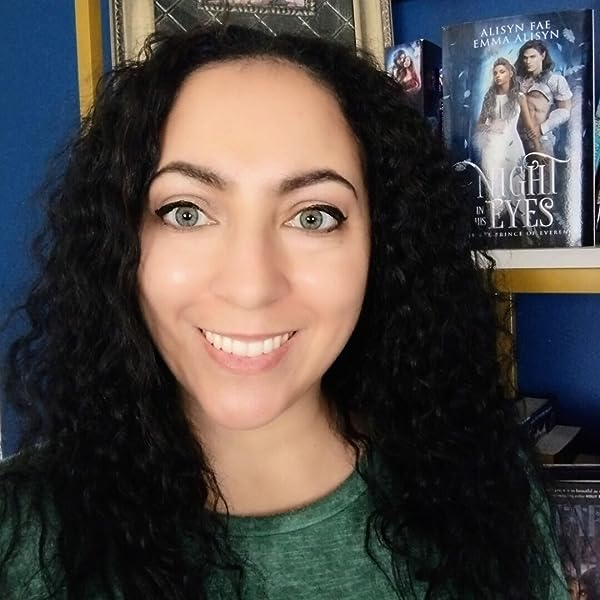 Renege on a deal with a Dragon Lord, and become part of his hoard.

It isn’t easy raising three half-Fae girls in the Outlands. Her youngest gravely injured, Kailigh is forced to petition the dragon Lord Maddugh, King of Coal and Mountain.

Only he’s no fool—he knows Kai isn’t quite human. He’s not about to let a mate with magic in her blood slip through his fingers.

So she’ll have to strike a bargain. He’ll save her daughter’s life, and help her hunt the man responsible, but he has a price.

A price he demands Kailigh pay in flesh.

The Mountain King is a dragon shifter and Fae futuristic steampunk fantasy romance. For readers who enjoy snarky fated mates, crafty, protective, possessive shifter males, magic wielding heroines of a grown age and non stop action woven through addictive romance. First in the Dragon, Stone and Steam series, this standalone is a HEA.

Kindle Monthly Deals
New deals each month starting at $1.49. Learn more
Next 2 for you in this series See full series
$7.98 includes tax, if applicable
Sold by: Amazon Australia Services, Inc.

Her Princes, Shifters, & Alien Warriors will most interest readers who like their alphas strong, protective, and smokin’ hot; their heroines feisty, brainy, too grown to give a *uck, and over the age of 30.

For a list of my FREE stories, including THE LONG HALL, FAE WOLF'S ROSE, THE WARLORD'S PRIZE & BEAR'S TOUCH: emmaalisyn.com/free

4.5 out of 5 stars
4.5 out of 5
216 global ratings
How are ratings calculated?
To calculate the overall star rating and percentage breakdown by star, we don’t use a simple average. Instead, our system considers things like how recent a review is and if the reviewer bought the item on Amazon. It also analyses reviews to verify trustworthiness.

Lynall
TOP 500 REVIEWER
5.0 out of 5 stars Utterly wonderful
Reviewed in Australia on 22 April 2017
Verified Purchase
This was a truly fabulous read and I thoroughly enjoyed it. I liked the dragons from another dimension, and I enjoyed the post apocalyptic theme. The heroine is strong and feisty, and gives the dragon a challenge.
Read more
Helpful
Report abuse

Keza
3.0 out of 5 stars The Mountain king by Emma Alisyn
Reviewed in Australia on 21 March 2017
Verified Purchase
A good story of a single mother bringing up her beautiful daughters. Teaching them to fight and survive in a world outnumbered by men and shifters.
Read more
Helpful
Report abuse

jennine.
5.0 out of 5 stars Great read. Great author.
Reviewed in Australia on 15 May 2017
Verified Purchase
Dragons. Strong women,romance and a great storyline. Beware! You'll get hooked on this author with books that are hard to put down.
Read more
Helpful
Report abuse

Amazon Customer
5.0 out of 5 stars Wow, had to finish it!
Reviewed in Australia on 25 February 2017
Verified Purchase
Another great book .
Newworld with new storylines from the best author Emma Alisyn.

The build up of the tension was unbearable...Nothing was expected....
Had to keep on reading ...
I couldn't stop reading it... had to finish the book!

Kindle Customer
5.0 out of 5 stars Great book
Reviewed in Australia on 23 July 2017
Verified Purchase
Found this to be a refreshing new spin on the supernatural themed books.
The story line and plot are well though out.
Read more
Helpful
Report abuse

Dallass
TOP 50 REVIEWER
4.0 out of 5 stars Quirky. The wild west meets UF.
Reviewed in Australia on 27 April 2020
I wasn’t sure what I was getting into, but the premise (and sample) intrigued me enough that I downloaded it - thank God for KU.

I found some very strong, independent and feisty female characters. Loved Kai. She is a strong role model to her young adult daughters, and when things go pear shaped, she can be relied upon to do anything for those she loves. That means striking a bargain with the local Dragon Lord (who wasn’t as bad as I’d been expecting).

There is a secondary plot running underneath that of the romance bargain angle, and my only problem is that it wasn’t developed into more of a main plot. It flashes to life as the author requires, then sinks back into the background until called upon again.

That said, I had a lot of fun reading this, and I will be picking up the next book (unfortunately it follows one of the daughters, and I want more of Kai!).

ExodusDiva
5.0 out of 5 stars Brilliant Mountain King
Reviewed in Australia on 4 April 2017
Thoroughly enjoyed this read.
It had me laughing and wondering what Kailigh and her daughters would do next.
Kai is one fierce, strong and independent woman. She has 3 daughters who each can hold their own and make things interesting wherever they are.
Maddugh is King over nearly everything and has 3 sons who manage to bring value and humour to the story.
I felt like I was reading about a dystopian world where new meets old. Thanks to the war, it caused the humans to take a step back in time. Old rules such as courtship would only do for Kai and her daughters.
I adored Kai's character and Maddugh's patience in trying to woo her with his wiles in around trying to settle the dissent amongst his workers and try and weed out the traitors.
This story has everything going for it.
I can't wait for the next book to see what happens, but also hope to read about each of the family members with their own story in future.
Read more
Helpful
Report abuse

Pauline T Dixon
5.0 out of 5 stars The Mountain King
Reviewed in Australia on 20 March 2017
Really! There are Cliffhangers then there are CLIFFHANGERS the story has the latter I couldn't put this book down! There was so many nuances to the story and just as I thought it was coming to a conclusion that Cliffhanger popped up, now I have to wait for the next one or maybe the one after that? Highly recommended
Read more
Helpful
Report abuse
See all reviews

Jo K
5.0 out of 5 stars Fate can take you down a path you don't want but then crave
Reviewed in the United Kingdom on 26 February 2017
Verified Purchase
A brilliant book i could not put down. i read it in a day.
Kailigh lives her life to protect her daughters. she does not want or need a man. When one of her daughters is harmed whilst a trafficker tries to take her she has no choice but to ask the dragon king for help.
Lord Maddugh takes one look at Kailigh and her daughters and knows they have dwyrkin in their heritage. His price for healing her daughter - a chance for his men to court them. Without new dwyrkin blood their species is going to die out.
All the ladies are apt with a knife, gun and more than able to defend themselves, Kailigh brought them up to be totally reliant on men - this is going to be interesting.
Then Lord Muaddugh sets his sights on Kailigh - he wants her to be his queen.
A book with great humour, passion, vengeance and love.
I highly recommend this book and cant wait for the next in the series.
Read more
One person found this helpful
Report abuse

Sarenad
5.0 out of 5 stars Wonderful! I'm tempted to reread it straight away
Reviewed in the United Kingdom on 6 March 2017
Verified Purchase
I really enjoyed this book and if I could I would have read it in one sitting. Such an interesting change to the normal shifter stories. The characters were great, enough to be interesting and have depth, not so many that you lose the thread and each one was unique. The relationship between Lord Maddugh and Kai was perfect, romantic, fiery and erotic, whilst not being overly explicit. I loved the strange powers and creations that people had and hope that it's not too long before we have another instalment about this fascinating extended family.
Read more
2 people found this helpful
Report abuse

Tess Canham
5.0 out of 5 stars I can't wait for the next book.
Reviewed in the United Kingdom on 27 February 2017
Verified Purchase
I have read several of Emma Alisyn's book before and enjoyed them, but this one is my favourite by far.
Love, love, love it.
It has sexy alpha dragons, strong spirited women and a little Steampunk thrown in too.
I couldn't be happier, my one and only problem is that this is the first in a series and has just been released, so now I have I have to wait to read the next book once it is released.
Read more
Report abuse

Remi
5.0 out of 5 stars Full of action
Reviewed in the United Kingdom on 7 March 2017
Verified Purchase
Really enjoyed this book. It's written I. A different genre to what I'm used to with this author. I originally started to read it with KU but ending up buying it as I enjoyed it so much. Will be looking forward to reading about the rest of the children.

Don't want to give away the plot, but if you are a fan of Emma you will really enjoy this book.
Read more
One person found this helpful
Report abuse

Tiltob
4.0 out of 5 stars The mountain king
Reviewed in the United Kingdom on 11 April 2017
Verified Purchase
Shifter dystopian story. Really liked how fierce and battle-hardened Kai was. I was pleased she didn't suddenly change and become vulnerable when she met the King. If anything, she became more fierce. Have a feeling that the three sisters stories will be epic and funny. I look forward to reading them.
Read more
Report abuse
See all reviews
Report an issue
Does this item contain inappropriate content?
Report
Do you believe that this item violates a copyright?
Report
Does this item contain quality or formatting issues?
Report