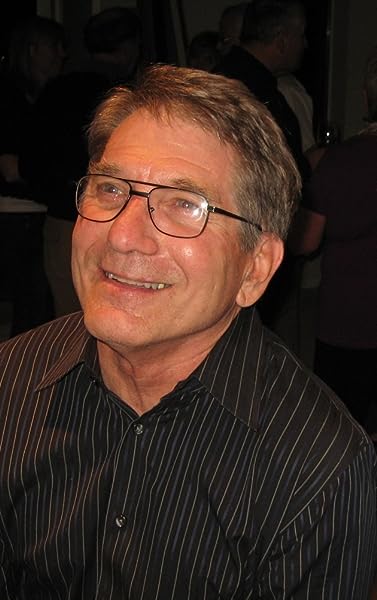 “This book provides a blend of current literature and classic studies in motor control and learning, and the authors cite advantages and limitations for the research. I found part III the most thought-provoking and applicable to my practice of physical therapy, particularly chapter 10, which discusses how conditions of practice influence motor learning. The book comprehensively examines human movement and performance.”

--This text refers to the bundle edition.

Richard A. Schmidt, PhD, passed away in 2015, leaving a legacy of groundbreaking research in motor control and learning. He had authored the first edition of Motor Control and Learning in 1982; followed up with a second edition of the popular text in 1988; and collaborated with Timothy Lee for the third edition in 1999, the fourth edition in 2005, and the fifth edition in 2011.

Schmidt was a professor emeritus in the department of psychology at UCLA and ran a consulting firm, Human Performance Research, working in the areas of human factors and human performance. The originator of schema theory, Schmidt founded the Journal of Motor Behavior in 1969 and was editor for 11 years.

Schmidt received two honorary doctorate degrees, from Catholic University of Leuven (Belgium) and Joseph Fournier University (France), in recognition of his work. He was a member of the North American Society for the Psychology of Sport and Physical Activity (of which he was president in 1982), the Human Factors and Ergonomics Society, and the Psychonomic Society.

Timothy D. Lee, PhD, is a professor emeritus in the department of kinesiology at McMaster University in Hamilton, Ontario. He has published extensively in motor behavior and psychology journals since 1979, served as an editor for the Journal of Motor Behavior and Research Quarterly for Exercise and Sport, and has been an editorial board member for Psychological Review. Until his retirement in 2014, his research was supported primarily by grants from the Natural Sciences and Engineering Research Council of Canada.

Lee is a member and past president of the Canadian Society for Psychomotor Learning and Sport Psychology (SCAPPS) and a member of the North American Society for the Psychology of Sport and Physical Activity (NASPSPA). In 1980, Lee received the inaugural Young Scientist Award from SCAPPS, and 31 years later he was awarded its highest honor, being named a fellow of the society. He presented a prestigious senior lecture at NASPSPA's 2005 conference and received the organization's highest honor, the Distinguished Scholar Award, in 2017.

In his leisure time, Lee enjoys playing golf. He has maintained a lifelong fascination with blues music and would one day love to put years of motor learning study into practice by learning to play blues guitar.

Carolee J. Winstein, PhD, PT, is a professor of biokinesiology and physical therapy at the University of Southern California, as well as in the department of neurology at the Keck School of Medicine. Winstein serves as an associate editor of the journal Neurorehabilitation and Neural Repair and is a fellow of the American Physical Therapy Association (APTA), the American Heart Association (AHA), and the National Academy of Kinesiology (NAK).

She has more than 30 years of multidisciplinary collaborative research experience focused on understanding rehabilitation outcomes and promoting optimal recovery of goal-directed movement behaviors that emerge from a dynamic brain-behavior system in brain-damaged conditions.

Over the past 25 years, her research program has been consistently funded through NIH, NIDILRR, and the Foundation for Physical Therapy. She has authored or coauthored more than 120 research papers, chapters, proceedings, and commentaries. Recently, the Journal of the American Medicaal Association published the results of her NIH-funded, multisite clinical trial of stroke rehabilitation. Winstein has mentored over a dozen doctoral students and postdoctoral scholars from diverse fields, including engineering, neuroscience, and rehabilitation.

In her free time, Winstein enjoys gourmet cooking and is pursuing her private pilot's license to fly a Cessna 172.

Gabriele Wulf, PhD, is a professor in the department of kinesiology and nutrition sciences at the University of Nevada at Las Vegas. Wulf studies factors that influence motor skill learning, including the performer's focus of attention and motivational variables (e.g., autonomy support and performance expectancies). Wulf has received various awards for her research, including UNLV's Barrick Distinguished Scholar Award. She served as president of the North American Society for the Psychology of Sport and Physical Activity (NASPSPA) in 2015. She has been elected a fellow of the National Academy of Kinesiology (NAK).

Her research has resulted in approximately 200 journal articles and book chapters, as well as two books. She served as the founding editor of Frontiers in Movement Science and Sport Psychology (2010-2012) and the Journal of Motor Learning and Development (2012-2015). In conjunction with Rebecca Lewthwaite, Wulf developed the OPTIMAL theory of motor learning.

Howard N. Zelaznik, PhD, is a professor of health and kinesiology at Purdue University. He is a fellow of the National Academy of Kinesiology, the Association for Psychological Science, the Psychonomic Society, and the American Association for the Advancement of Science, and he is an active member of the North American Society for the Psychology of Sport and Physical Activity. Zelaznik has served as executive editor for the Journal of Motor Behavior.

His research specialty is human motor control. Over the past 15 years, Zelaznik has developed, tested, and promoted a theoretical framework to examine issues in human movement timing. He has been funded for over 30 years by NIH and currently has an interdisciplinary project funded by NSF.

A former college tennis player, Zelaznik is still an active (albeit unranked) tennis player. He is an active road cyclist and former marathon runner. As his students continually tell him, he does not have a good sense of humor, although he loves to laugh.

--This text refers to the bundle edition.

Richard A. Schmidt, PhD (1941-2015) was a professor emeritus in the department of psychology at UCLA. At the time of his death, Schmidt ran his own business, Human Performance Research, conducting research and consulting in the area of human factors and human performance. Widely acknowledged as one of the leaders in research on motor behavior, he had more than 40 years of experience in the area of motor learning and performance.

Schmidt was highly recognized for his contribution of a lifetime of research and writing. In recognition of his work, he received honorary doctorates from the Catholic University of Leuven in Belgium (in 1992) and the Universit&eacute; Joseph Fourier in France (in 1998). He was a longtime member of the North American Society for the Psychology of Sport and Physical Activity (NASPSPA), where he served as president in 1982 and received the organization’s two highest honors: the Distinguished Scholar Award for lifetime contributions to research in motor control and learning (in 1992) and the President’s Award for significant contributions to the development and growth of NASPSPA (in 2013). He was also a member of the Human Factors and Ergonomics Society and the Psychonomic Society and received the C.H. McCloy Research Lectureship from the American Alliance for Health, Physical Education, Recreation and Dance. His leisure-time passions included sailboat and Porsche racing.

There are 0 customer reviews and 13 customer ratings.
Back to top
Get to Know Us
Make Money with Us
Let Us Help You
And don't forget:
© 1996-2021, Amazon.com, Inc. or its affiliates